Prajakta is to be entrusted with interacting with young minds to raise awareness of climate crisis, global warming & more 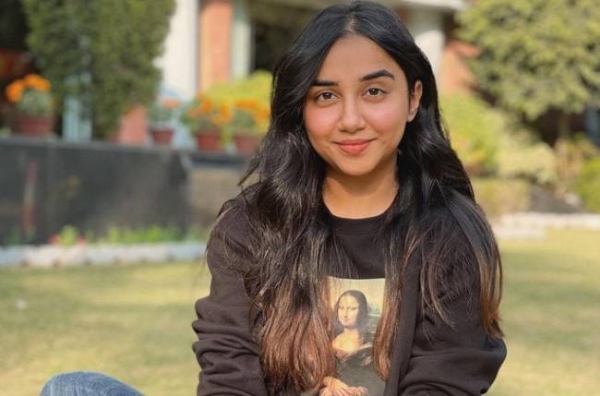 The title has been awarded to her, following her contribution towards mental health, women's rights and girl child education through various global social campaigns. UNDP aims to eliminate poverty, achieve sustainable growth and scale up human development in countries where it is required the most.
As part of her responsibilities now, Prajakta is to be entrusted with interacting with young minds to raise awareness about climate crisis, global warming, biodiversity loss and their impacts, the tremors of which are being felt by all sections of the society (especially the poor and marginalized communities).
Speaking on the occasion, Prajakta said in a statement, "I am extremely humbled and honoured to have been entitled with this unique responsibility to champion a cause that is close to my heart. As the very first UNDP India Youth Climate Champion, I would like to produce and participate in opportunities that propel conversations around climate action and the urgent measures we must take."

Her statement further said, "The youth need to be the torchbearers of this revolution and foot soldiers who will work towards the common goal of an enriched and empowered future where the human species doesn't become endangered. We have created this problem, but we can solve it too. With UNDP, I will strive to work with young minds across the globe to take appropriate measures for climate action."
Also Read | Netflix announces a massive slate of 17 Indian films
Welcoming Prajakta, Shoko Noda, Resident Representative, UNDP India said, "We are excited to have Prajakta on board as the UNDP India Youth Climate Champion. Young people are the leading voice to make the world more sustainable. Prajakta has a strong connect with millions of young Indians. I am sure her voice reaches the hearts of youth, and inspires them to take climate action."
In the past, Prajakta spoke about issues like body shaming and online bullying with 'Shameless' as part of her campaign #iPledgeToBeMe which came into force on World Mental Health Day in 2016.

As a global ambassador for YouTube's 'Creators For Change' initiative - she drew attention of people to trolling, female subjugation and homophobia through her campaign 'No Offence' which was showcased at the UN headquarters in New York on International Tolerance Day.
Also Read | The real environmentalist : Story of Vruksh Devi Tulsi Gowda
In 2018, saw 3 initiatives and social cause partnerships from her, first with YouTube for Social Impact Girl's Education campaign, with Instagram on their Safer Internet Week campaign and with One.org for their Girl Education campaign.
In 2019, she received an invite from the Bill and Melinda Gates Foundation for their annual Goalkeepers Summit. Last year, she joined Google's Impact Challenge to aid grants to non-profits addressing economic inequities faced by women and girls.
Prajakta Koli UNDP YouTuber Youth Climate Champion