Netizens shared pictures of apparel, cups, keychains that feature images of the tricolour on Amazon India website, and sought a ban on these items

New Delhi, January 25: Amazon is facing the ire of a section of Indian social media users over merchandising some products - including apparel, food items, that feature images of the Indian flag, with some saying that using the tricolour in such a way was an insult and a violation of the country's flag code. 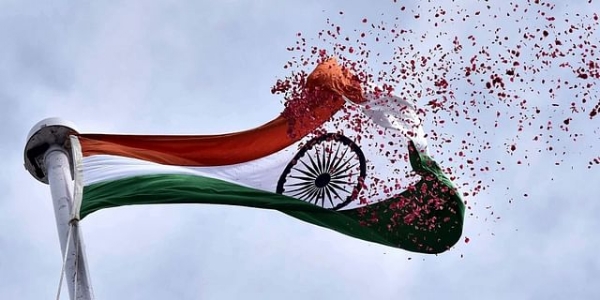 Netizens shared pictures of items like apparel, cups, keychains and chocolates that feature images or imprint of the tricolour on Amazon India website, and sought a ban on these items. Hashtags like #AmazonInsultsNationalFlag were trending on Twitter.
Amazon did not respond to emailed queries seeking comments. Some social media users noted that using the tricolour on products is against the Flag Code Of India, 2002.
A section of the social media users said such usage is an insult to the national flag while others pointed out that it was a cheap method of increasing sales and that this will not increase the patriotism of Indian citizens.
Also Read | Indian Army hoists tallest tricolor in Gulmarg, tallest in J&K
As per the Code, "The flag shall not be used as a portion of costume or uniform of any description. It shall not be embroidered or printed upon cushions, handkerchiefs, napkins or boxes."
This is not the first time that Amazon is facing such a backlash. In 2017, Amazon was forced to remove doormats depicting Indian flag that were listed on its Canadian website after a strong protest by India.
Amazon Indian flag India Amazon India