'Keep Patole under observation, check his health': Maha BJP chief to Congress for his comment against PM Modi

Patole said in a video recently that he would badmouth & beat "Modi", though he clarified later that he was talking about a goon from Bhandara, and not the PM.

Mumbai, January 25: The Congress should keep its Maharashtra unit chief Nana Patole "under observation" and his "physical and mental health" must be checked for his comment against Prime Minister Narendra Modi, said state BJP chief Chandrakant Patil. 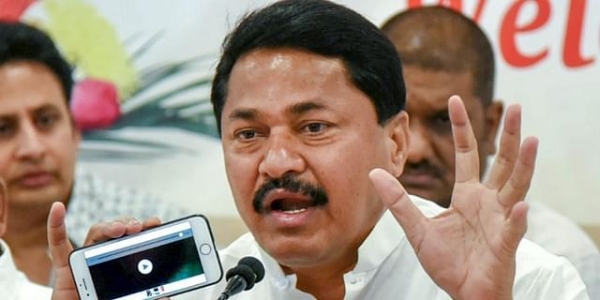 Patole was heard saying in a video recently that he would badmouth and beat "Modi", though he clarified later that he was talking about a goon from Bhandara, and not the PM.
Facing backlash, Patole reiterated that he did not intend to insult the PM but in fact, the BJP is running a campaign to discredit the PM by linking him to gangsters and holding protests.
In Pune, Chandrakant Patil said some senior Congress leaders have devised a policy to make comments against someone who is at the helm of the affairs and as part of this strategy, Patole keeps making such statements.

Patil said, "We will see what needs to be done for his (Patole's) comments against PM Modi but the Congress should keep him under observation. His physical and mental health should be checked. Patole is a good example of what level one can stoop to make such comments."
Also Read | BJP slams Patole over ‘Modi’ remark; Congress state chief says was not talking about PM
He alleged that, "I told BJP to stop this (holding protests). However, the BJP is agitating against me and burning effigies. The BJP is, in fact, running a campaign to discredit Prime Minister Narendra Modi by linking him to gangsters."
Patil also brushed aside Maharashtra CM Uddhav Thackeray's speech on Sunday in which the latter said the 25-year alliance with BJP was a waste of time, adding that the speech reflected the Sena chief's frustration.

Replying to a statement of minister Aaditya Thackeray, that the governor's house had become an 'adda' for BJP leaders, Patil said if the CM isn't ready to meet someone who is state president of a national party, then one has to go to the governor who is the constitutional head of the state.
Nana Patole PM Modi BJP Pune CM Chandrakant Patil