Patriotism commonly understood can be a combination of many different feelings, language relating to one"s own homeland or the country and alliance with other citizens who share the same sentiment to create a feeling of oneness among the people, including ethnic, cultural, political or historical aspects.

Rahul Gandhi in his critique on "Merger of Amar Jyoti of India Gate with National War Memorial" invoked that “Some people cannot understand patriotism and sacrifice - never mind We will once again light the Amar Jawan Jyoti for our soldiers.” All that Rahul Gandhi can lay claims is the assassination of his Grandmother, Indira Gandhi, the Prime Minister, by her Sikh Bodyguards followed by his father Rajiv Gandhi during the election rally in Tamil Nadu by the LTTE.

From a young age through World War II and the "Freedom Struggle", I emotionally and sentimentally understood Patriotism as "sacrifice one's life in the service of the Nation. Such a perception got consolidated by the Chetwood Motto at the Indian Military Academy: "The safety, honor and welfare of your country come first, always and every time; The honor, welfare and comfort of the men you command come next; and Your own ease, comfort and safety come last, always and every time" was ingrained in our psyche.

Furthermore, the narrow view got further consolidated by the significance of the flag ""A moth-eaten rag on a worm-eaten pole, It doesn't look likely to stir a man's soul; 'Tis the deeds that were done 'neath the moth-eaten rag When that pole was a staff and the rag was a Flag". Let me highlight that I too was carried away by a narrow and skewed view for the better part of my life.

At almost at the fag end of my life, I realized the many faces or interpretations of "Patriotism". In classic Aristotelian fashion, patriotism was seen as a mean between two extremes—blinding zeal for one’s country at one end of the continuum, culpable indifference, or outright hostility at the other. However, Patriotism does not mean blind fidelity, no matter what. It means, rather, caring enough about one’s country to try to correct it when it goes astray and, when that is not possible, making a difficult choice. 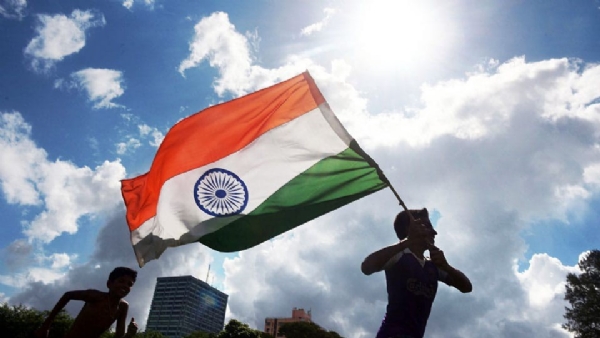 The philosopher Simon Keller argued that patriotism is “a character trait that the ideal person would possess,” at least if one’s conception of the good or virtuous human being includes a propensity to form and act upon justified belief rather than distorted judgments and illusions. The core of Keller’s thesis is that patriotic attachment leads patriots to deny unflattering truths about their country’s conduct, hence to maintain their attachment in “bad faith.” Patriotism should yield to truth, in short, but it doesn’t.

As per one philosopher, Patriotism is an intellectual mistake because its object, one’s country, is an “abstraction”—that is, a “figment of the imagination.” Patriotism requires (and tends to create) enemies, exalts a collective form of self-love, and stands opposed to the only justified morality, which is universalist. Individuals and their rights are fundamental; one’s country, he says, is at most a “temporary and contingent stopping point on the way to a federated humanity.”

By Ambedkar's original conception, democracy was prescribed on high moral ethics and values. Nowadays it is common fashion for intellectuals to highlight "Democracy Deficit" not only in India but elsewhere. Moral decay of political leaders is phenomenal.

When viewed from a political angle, Patriotism denotes a special attachment to a particular political community or order or a country (a place, a language, a way of life and a set of institutions through which collective decisions are made and carried out), although not necessary to its existing form of government.

In reality, it is foolish to expect high moral purity to govern today's political leaders, whose sole pursuit is gain power by "Hook or Crook" in today's "Hawkish" politics at all levels. Criminals are masquerading as patriots and manipulating patriotic sentiments to serve their own ends.

In retrospect, political patriots owing, pursuing and claiming democracy as a particular political order as if it is their own is the worst fraud. Hardly, they practices inner party democracy. What more, they believe in restoration of status quo ante - legitimizing dynastic inheritance. They fail to realize the significance of rapid pace of change sweeping the world. And, the choice of higher political order that was made 75-years ago when there were only 34 crores people, 85% illiterate, and drafted by leaders who sacrificed to merge out of the British slavery is no more befitting the raising aspirations of 140 crores people - mostly literate!

If political leaders voice concern about "patriotism and sacrifice" today, it is the worst fraud. How many of them have gone and served in "Siachen Glacier or Eastern Ladakh or other Terrestrial Areas" to lay claims to "Real Patriotism"? During the Kargil crisis, how many of them volunteered to go and logistically help the units assaulting "Tooling Hill and other Mountain Tops".

How many have demonstrated an unwavering devotion to public service in pursuit of upliftment of the downtrodden poor by real growth and development? On the other hand, most of them have presided over the "Loot and Scoot" of the nation. They have promoted and consolidated for corruption - most significant internal security threat - to seep into the vitals of society.

In the past, there are instances when citizens have refused to go to war as "conscience objectors". For them, it is irrational to choose a life that puts you at heightened risk of dying for your country. The objector may say that there is nothing worth dying for. More often, the suggestion is that even if there are things that warrant the sacrifice of one’s life (one’s children, for example), one’s country is not in this category.

Be that as it may, never too late to review the many interpretations of the concepts by eminent sages in the past to overcome its ignorance. Narrowly viewed is the interpretation of patriotism includes adherence to a national religion (a civil religion or even a theocracy). Few have argued that the difference between patriotism and faith is difficult to discern and relies largely on the attitude of the one doing the labeling.

Nationalism, with which patriotism is often confused, stands for a very different phenomenon—the fusion, actual or aspirational, between shared ethnicity and state sovereignty. The nation-state, then, is a community in which an ethnic group is politically dominant and sets the terms of communal life. Modern India is an experiment in progress!

George Orwell differentiated patriotism from the related concept of nationalism: 'patriotism' mean devotion to a particular place and a particular way of life, which one believes to be the best in the world but has no wish to force upon other people. Nationalism, on the other hand, is inseparable from the desire for power. The abiding purpose of every nationalist is to secure more power and more prestige, not for himself but for the nation in which he has chosen to sink his own individuality.

By contrast, Voltaire stated that "It is lamentable, that to be a good patriot one must become the enemy of the rest of mankind." Arthur Schopenhauer stated that “The cheapest sort of pride is national pride; for if a man is proud of his own nation, it argues that he has no qualities of his own of which a person can be proud”

Kōtoku Shūsui, a famous Japanese anarchist of the late 19th/early 20th century, argues, " Patriotism is a discriminating and arbitrary sentiment confined to those who belong to a single nation state or live together within common national borders", a sentiment cultivated and used by militarists in their drive for war."

However, Marxists have taken various stances regarding patriotism to include: Karl Marx - The working men have no country and "the supremacy of the proletariat"; Trotskyists - who "favor of tearing down all frontiers and creating a socialist world commonwealth"; and the Marxist-Leninists and Maoists who favor socialist patriotism based on the theory of socialism in one country.

Furthermore, there is a contradiction between patriotism and cosmopolitanism. You cannot simultaneously be a citizen of the world and of a particular country, at least in the sense that we must often choose between giving pride of place to humanity as a whole as opposed to some subset of humanity.

Ipso facto, India is a pluralist and diverse society. In reality, India's social diversity is extraordinarily complex. Religious differences are divisive - increasing polarization on communal lines. The absence of a shared language makes it more likely that linguistic sub-communities will think of themselves as separate peoples.

So, Patriotism commonly understood can be a combination of many different feelings, language relating to one's own homeland or the country and alliance with other citizens who share the same sentiment to create a feeling of oneness among the people, including ethnic, cultural, political or historical aspects. It encompasses a set of concepts closely related to nationalism and mostly liberal nationalism.

By extrapolation today in modern India, nationalist forces—many tinged with xenophobia, ethnic prejudice, and religious bigotry—are on the rise to counter the fundamentalists and communalists threat engulfment. No wonder, polarization is taking place on divisive and exclusionary social divides.

Political parties and leaders have made serious mistakes that must be acknowledged and corrected. Systemic collapse of political institutions is acknowledged by the majority. So, a true patriot must rise to the occasion to reset the path for the nation to traverse on even keel. Time for refinement is over. So also, time for cosmetic reforms is over. What is urgently needed is revolutionary changes to accommodate the growing aspirations of 140 crores of people.

Finally, understanding the import of the term "Sacrifice" is yet another issue. Of course, the idea and practice of sacrifice play a profound role in religion, ethics, and politics. Self-sacrifice in the service of people and the society is supposedly the noble political ideal. It implies self-transcendence, in which an individual sacrifices his or her self-interest for the sake of higher values and commitments. Can the Nehru-Gandhi Dynasty truly lay claims and take credit for "Sacrifice in the service of people and the society"? Had they done so during their rule, there would not have been so many people living below the poverty line. On the other hand, they lived like "Royals" in their "Fortress Palaces" guarded by gunmen at taxpayers cost.

Nehru lived in "Royal Style" in Teen Murti Bhavan, 30-acre complex, for 16-years. It now houses various institutions including the Nehru Memorial Museum and Library (NMML). Followed Indira Gandhi who stayed in spacious No.1 Safdar Jung Road that converted into Indira Gandhi Memorial Museum. After Rajiv Gandhi, Sonia Gandhi is the occupant of 10 Janpath which is larger than the 7 Lok Kalyan Marg, that is, official Prime Minister's Residence till now.

In sum, all Rahul Gandhi's ancestors believed in their "Dynastic Entitlement" to stay in "Royal Palaces" at tax payers cost. None of them ever thought of sacrificing their life styles and live in austerity. They paid "Lip Service" to "Patriotism and Sacrifice" and promoted "Dynast Political Order" in the name of "Save Democracy". Never too late for Rahul Gandhi to take a cue from G L Nanda end days.

So, Rahul Gandhi must first clarify to which school of "Patriotism" he believes in or his own interpretation of "Patriotism". Can Rahul Gandhi champion the cause of wiping out "vote bank politics through minority appeasement" and corruption thereby restoring democracy on high moral and ethical plane? Can he, as a bachelor, move out of his "Fortress" be either moving into 10 Janpath or a MPs Flat - a sacrifice overdue?
Patriotism Sacrifice Nationalism Rhul Gandhi