He was inducted by Chief Minister Pramod Sawant into the party.

Panaji, January 26: Former Congress leader Joseph Sequeira joined the Bharatiya Janata Party (BJP), ahead of the Assembly elections in Goa. He was inducted by Chief Minister Pramod Sawant into the party. 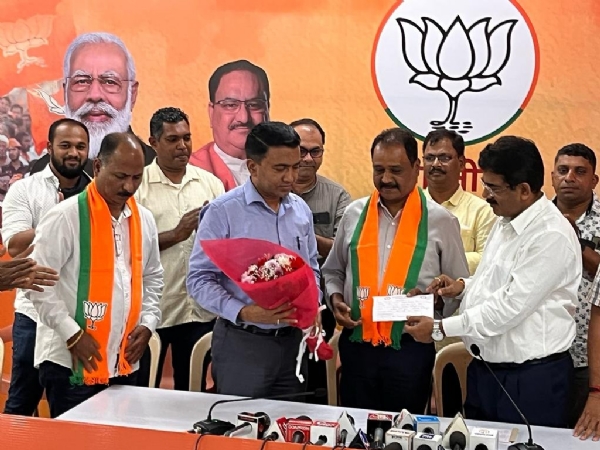 While announcing his induction into BJP, CM Sawant said, "Former Sarpanch of Calangute, Joseph Sequeira has joined BJP today. We have strengthened our party again in Calangute and definitely, we are winning the upcoming Assembly elections in Goa."
When asked whether the new BJP leader would contest the next month's Assembly elections in the coastal state, Sequeira said, "If the party gives me a ticket, then I will put all my zeal towards it."
Before officially joining the BJP, the former Congress leader said that he would be joining the saffron party today, and will contest the Assembly elections against Congress' Michael Lobo in the Calangute constituency.
Also Read | Goa polls: Big blow to Congress candidate as close aide Riyaz Khan declares support to CM Sawant
Goa will go to the assembly polls on February 14 and the counting of votes will take place on March 10. After Sequeira's induction, Goa CM Pramod Sawant took a swipe at Michael Lobo for 'giving priority to wife over country'.
Joseph Sequeira Pramod Sawant BJP Goa Polls