Mumbai, January 26: Bharatiya Janata Party (BJP) MLA Atul Bhatkhalkar, pledged to oppose naming of the sports complex in Malad after Tipu Sultan. He assured to rename the ground on the name of Chhatrapati Shivaji Maharaj if they come to power in the BMC. 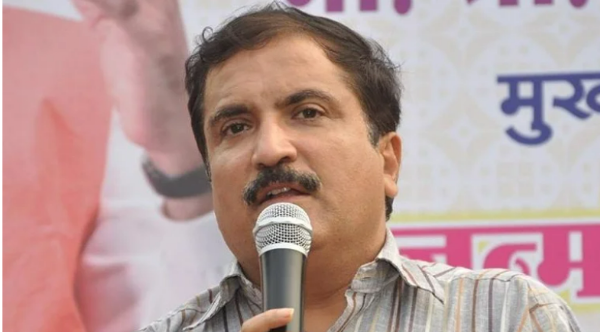 The inauguration of this park in the name of 18th century Mysuru ruler Tipu Sultan on the Republic day by Congress leader and guardian minister of Mumbai Aslam Shaikh in his constituency has sparked controversy.
Bhatkhalkar said, "Shiv Sena's Hindutva is bogus. They talk of Hindutva just for the sake of it. It is well aware of the naming of Malad ground on the name of Tipu Sultan. we will oppose this inauguration by organising dharna with our other BJP leaders. We won't let this happen and we promise if we come in power in BMC we will name this ground on the name of Chhatrapati Shivaji Maharaj." He also said that Aslam Sheikh is the same person who wrote a letter in support of terrorist Yakub Memon, convicted in the 1993 Bombay blasts.
He said, "Mumbaikars are now well aware of Shiv Sena's new face. They are doing so just to be in power. Aslam Sheikh is the same person who had written a letter for the support of a terrorist Yakub Memon."
Also Read | Congress leader Joseph Sequeira joins BJP, plans to contest from Calangute seat
Meanwhile, Vishwa Hindu Parishad spokesperson Shriraj Nair said that the naming of the complex after Tipu Sultan is being done with an intention to disrupt peace in the city.
He tweeted, "This definitely is with an intention of ruining the peace of our Mumbai and could have been avoided, Our Maharashtra is a Sant Bhoomi and naming a project in the name of a brutal barbaric Anti-Hindu is condemnable."
Tipu Sultan BJP Malad sports complex Republic Day Atul Bhatkhalkar