Odisha, January 5: Bhartiya Janata Party leader from Odisha slammed the Chief Minister of Odisha, Naveen Patnaik, for providing monetary assistance worth of Rs 78.76 lakhs to 13 institutions run by the Missionaries of Charity (MoC).

Sajjan Sharma, leader of BJP, said, “It is known that the MoC-run institutions are involved in shady activities. Religious conversion in the garb of humanitarian activities of the MoC is an open secret.” 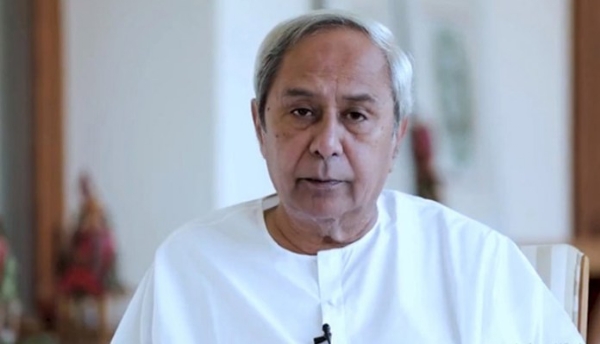 Sharma added, “The Odisha CM has been selective in his benevolence. The FCRA renewal application of many non-government organisations working in Odisha has been rejected. Will the CM sanction financial assistance to all affected institutions? This is motivated action.”
Yesterday, the CM of Odisha, sanctioned Rs 78.76 lakhs from the Chief Minister’s Relief Fund (CMRF) to provide financial assistance to 13 institutions run by the Missionaries of Charity (MoC) in the state.
The development came in the wake of the reports of District Collectors who were instructed by Patnaik to stay in touch with the institutions run by the MoC. Last week, on December 30, Patnaik had asked all collectors to ensure that no inmate of the institutions run by the Missionaries of Charity suffers, especially from food security and health-related issues.
It should be pointed out that, this assistance comes just a week after MoC, were denied permission to renew its FCRA registration under Foreign Contribution Regulation Act (FCRA) and their renewal application was rejected due to not meeting eligibility conditions under FCRA 2010 and Foreign Contribution Regulation Rules (FCRR), 2011.
Also Read | Odisha announces Covid package worth Rs 1,690 crore for financially weaker sections
A controversy took place last week after West Bengal CM Mamata Banerjee claimed that Centre had frozen all bank accounts of Mother Teresa’s Missionaries of Charity. But the MoC disproved Banerjee’s claims stating that the centre didn’t freeze their bank accounts. It said the FCRA registration is neither cancelled nor suspended. MoC said that there is no freeze ordered by MHA on any bank accounts.
MoC said in a statement, “We have been informed that our FCRA renewal application has not been approved. Therefore, as a measure to ensure there is no lapse, we have asked our centres not to operate any of the FC accounts until the matter is resolved.”
Missionaries of Charity institutions Odisha CM BJP Sajjan Sharma Missionaries of Charity