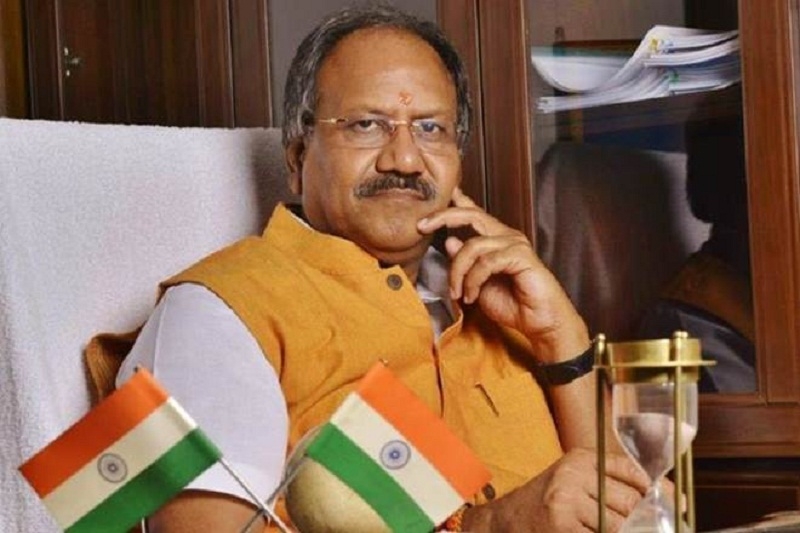 According to the reports, the Chhattisgarh Congress government under the leadership of Chief Minister Bhupesh Baghel had almost decided to allot 25 acre land to Dawat-e-Islami, alleged to be Pakistani extremist outfit in Raipur. However, the government had to drop this plan after a massive protest  against the decision raised by the BJP leader Brij Mohan Agrawal.

Sources said that on January 2, 2022 Agrawal who is a former minister and a powerful BJP leader of the state leveled a serious allegation against the Congress government of the state over the allotment of land to this Pakistan-based organization.

The Bhupesh Baghel government had almost decided to allot 25 acre land in Raipur to Pakiastan linked Dawt-e-Islami on the request of the outfit’s Chhattisgarh wing. The land was earmarked in Boriakhurd area of Raipur city to be used to house a community center. After the primary allotment the additional collector had issued an advertisement inviting claims and objections against the allotment before January 13, 2022.

Opposing the move the state BJP unit mobilized a strong protest and raised massive hue and cry over the allotment of such a huge piece of land to an Islamist organization with Pakistani links. Brij Mohan Agrawal taking lead in mobilizing mass protest tweeted “The Chhattisgarh government is allotting 25 acres (10 hectares) of land in Raipur to an organization named Dawat-e Islami. Dawat-e-Islami is a Pakistani organization, and Congress is enabling them to open their branches in our country”

Agrawal pointed that several allegations were leveled against Dawat-e-Islami regarding forced conversions, influencing voters and collecting donations to support terrorism. The members of this organization were either identified as terrorists and spies who were apprehended by the special cell of the Delhi Police, Agrawal alleged.

He noted that the Face book page of Dawat-e-Islami has photos of its Pakistani founder Ilyas Qadri and that the logos of the original Pakistani organization and its Chhattisgarh wing are also similar.

Following this protest, the Congress government has cancelled the allotment stating that the request for land from Dawat-e-Islami was declined in the first place. The state government has set up a probe against the officials who had initially cleared the allotment. Raipur SDM Devendra Patel said that the application seeking land was made by one Syed Kalim on behalf of the organization.

He stated, “As per the preliminary process, on receipt of the application, a memorandum was issued by the Additional Tahsildar for publishing an advertisement. After the publication of the advertisement, the applicant appeared in the court of the Additional Tehsildar and withdrew his application saying that he had mistakenly written the area as 10 hectares, whereas he needed only 10,000 square feet.”

Finally, the SDM stated that the application in the Tehsil has been dismissed on 01 January 2022 and the case has been finally closed. He assured that notice is being served to the Officer-in-Charge of Land Allotment (Collectorate) and the Additional Tehsildar for errors in the publication of the advertisement.

Daawat-e-Islami and its links with Pakistan

Founded in 1981 by Maulana Abu Bilal Muhammad Ilyas Attari, Dawat-e-Islami (Invitation to Islam), is a Sunni Islamic organization with its base in Pakistan. The extremist organization has spread its wings in India and is active in many countries in the world. Started as a revivalist organization inspired by Sufi doctrines, it has developed into an extremist Islamist outfit with brazen terror links. While it claims to be involved in social work, its activities have been long curtailed by Pakistani military authorities after the assassin of a Pakistani politician was found to be a DIE member. Recently in 2020, one of the terrorists who were involved in the Charlie Hebdo attack in Paris named DIE founder Ilyas Attari as his guide.

A Pakistani terrorist named Md Ashraf, who was arrested in Delhi in October 2021 was also found to be linked with this organization.

The Facebook page of Dawat-e-Islami Chhattisgarh can be seen heaping praises for its Pakistani founder Ilyas Attar. Raipur Mayor Ejaz Debhar is also seen praising the activities of the organization in a video. In India, Dawat-e-Islami has garnered criticism from other Muslim sects over their open links with terrorism. Voices have been raised earlier against the objectives of Dawat-e-Islami to hold religious congregations (Iztema) in Kanpur and Hyderabad.