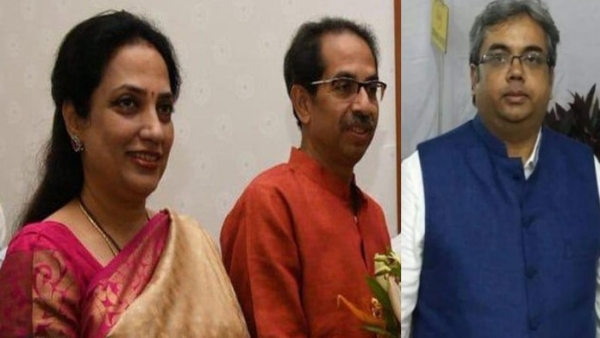 According to the media reports, Mumbai Police reached the office of Jiten Gajaria, a member of the Maharashtra BJP’s social media wing, and took him to the cyber cell’s office in Bandra Kurla Complex.
While giving information about it, Keshav Upadhye, Maharashtra BJP’s chief spokesperson, said "They (the cyber cell officers) went to Gajaria’s office to bring him in. As of Thursday evening, he was still detained at the police station. There’s no FIR right now. We don’t know who exactly the complainant is. But this is not right."

The BJP Mumbai’s social media in-charge and secretary Pratik Karpe also informed about the same via a Twitter account.
On January 4, Gajaria posted Rashmi Thackeray's photo and compared her with former Bihar CM Rabri Devi. In another tweet, he posted a photo of CM Thackeray and Deputy CM Ajit Pawar saying, "If Rashmi runs the government, then am I the deputy CM only to urinate?" while indirectly referring to Ajit Pawar’s insensitive remark.
This is not the first time that the state government has misused its power to take action against the public who raises their voice against the government. It should be remembered that last year, six Shiv Sena goons assaulted a retired Navy officer for sharing Uddhav Thackeray’s cartoon. The WhatsApp forward was allegedly a satirical cartoon featuring Uddhav Thackeray and his allies, Sharad Pawar and Sonia Gandhi.
.
.
Rashmi Thackeray Rabri Devi Mumbai police Mumbai Maharashtra Politics Uddhav Thackeray