The second campus of CNCI has been built at a cost of Rs 530 cr, of which Rs 400 crores have been provided by Union government

Kolkata, January 7: Prime Minister Narendra Modi on Friday, virtually inaugurated the second campus of Chittaranjan National Cancer Institute (CNCI) in Kolkata, West Bengal. A statement issued by PMO said, "The second campus of CNCI has been built in line with the Prime Minister's vision to expand and upgrade the health facilities in all parts of the country. CNCI was facing a heavy load of cancer patients and a need for expansion was being felt for some time. This need will be fulfilled through the second campus.” 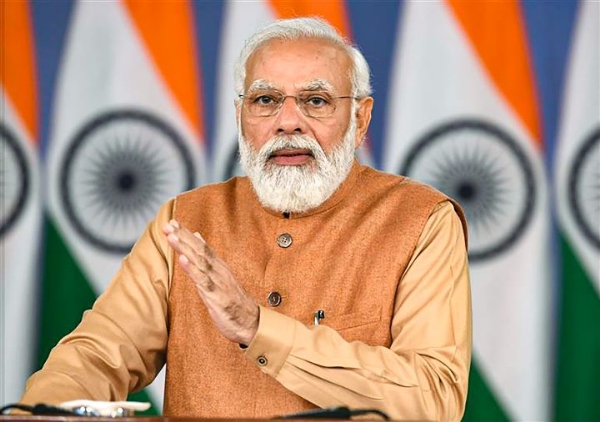 The second campus of CNCI has been built at a cost of over Rs 530 crore, out of which around Rs 400 crores have been provided by the Union government and the rest by the West Bengal government, in the ratio of 75:25.
The campus is a 460 bedded comprehensive cancer centre unit with cutting-edge infrastructure for cancer diagnosis, staging, treatment, and care. The campus is equipped with modern facilities like Nuclear Medicine (PET), 3.0 Tesla MRI, 128 slice CT scanner, Radionuclide therapy unit, endoscopy suite, modern brachytherapy units, etc.
Also Read | Govt forms team to inquire into security breach during PM Modi’s Punjab visit
The campus will also work as an advanced cancer research facility and will provide comprehensive care to cancer patients, especially those from Eastern and North-Eastern parts of India.
PM Modi Chittaranjan National Cancer Institute Kolkata West Bengal