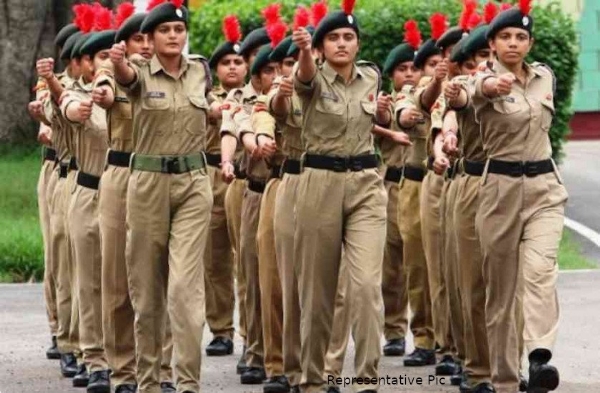 He said that Government believes in increasing the role of women in the Armed Forces. A series of steps have been taken in that direction, like clearing the way for admission of girls in Sainik Schools and providing Permanent Commission to women officers.
“While ‘Sainik’ signifies unity, discipline and devotion, ‘School’ is the centre of education, therefore, Sainik schools are playing a pivotal role in making children capable citizens,” he said. He further said that the Government is focussing on providing quality education to the youth of the country as it lays a solid foundation for the all-around development of society.
He added,"Quality education is the fourth of the 17 Sustainable Development Goals adopted by the United Nations. There are several other goals under ‘quality education’. It has been our strong political commitment to achieve these goals. Several schemes like Sarva Shiksha Abhiyan and Rashtriya Madhyamik Shiksha Abhiyan are being run. Setting up of 100 new Sainik Schools is another important step in that direction."
Also Read | Sainik schools now open for girls also; All you need to know about Sainik schools
He lauded the Sainik School Society for implementing the ideals of visionaries such as Swami Vivekananda, Mahatma Gandhi, Dr BR Ambedkar and Sarvepalli Radhakrishnan who had emphasised the physical, mental, moral and spiritual development of children along with academic education.
He appreciated the fact that Sainik schools contributed to recruitment of over 7,000 officers in Armed Forces so far, and have given India, officers like former Chiefs of the Army Staff General Deepak Kapoor (Retd) and General Dalbir Singh Suhag (Retd).
sainik schools rajnath singh education army. defense minister