New Delhi, Oct 17: Drawing a sharp reaction to the recent Global Hunger Index (GHI) 2022, the Centre criticized the report saying that the annual report was “biased and disconnected from ground reality”. India has been ranked the country 107 among 121 nations.
With a score of 29.1 -- a value denoting a serious level of hunger -- India ranks behind neighbours Sri Lanka (64), Nepal (81), Bangladesh (84), and Pakistan (99) on GHI 2022, a peer-reviewed report published by global non-profits Concern Worldwide and Welthungerhilfe. The index catalogues five levels of hunger: low, moderate, serious, alarming and extremely alarming. 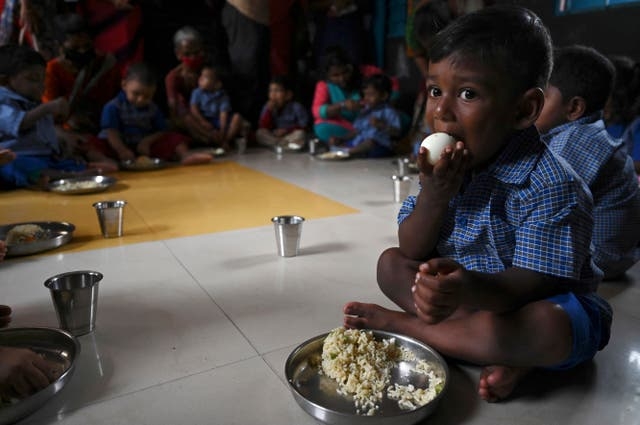 “A consistent effort is yet again visible to taint India’s image as a nation that does not fulfil the food security and nutritional requirements of its population,” the women and child development ministry said in a statement. “Misinformation seems to be the hallmark of the annually released Global Hunger Index,” the women and child development ministry said in a statement.
GHI scores are computed on the values of four indicators: undernourishment, child stunting, child wasting and child mortality, according to the report. Stunting refers to the share of children under age five with low height for age, while wasting denotes low weight for height, reflecting chronic poor nutrition. India’s child wasting rate of 19.3% was the “highest of any country”, the GHI 2022 said.
The government has questioned the GHI’s methodology, as it did last year. “The index is an erroneous measure of hunger and suffers from serious methodological issues,” it said.
“Three out of the four indicators used for calculation of the index are related to health of children and cannot be representative of the entire population,” the ministry said. “The fourth and most important indicator estimate of Proportion of Undernourished (PoU) population is based on an opinion poll conducted on a very small sample size of 3,000.”
In 2021, India was ranked 101 among 116 countries by the hunger index. Since the total number of countries evaluated between the previous year and 2022 vary and there are some differences in the source data, India’s rankings for 2022 and 2021 aren’t comparable, the GHI 2022 said.
global hunger index report global hunger index report 2022 the women and child development ministry GHI report