New Delhi, Nov 22: In a shameful incident, Rajasthan CM Ashok Gehlot while speaking about the rising cases of Love Jihad across the country, went on to dismiss such cases by calling it ‘jumla.’ 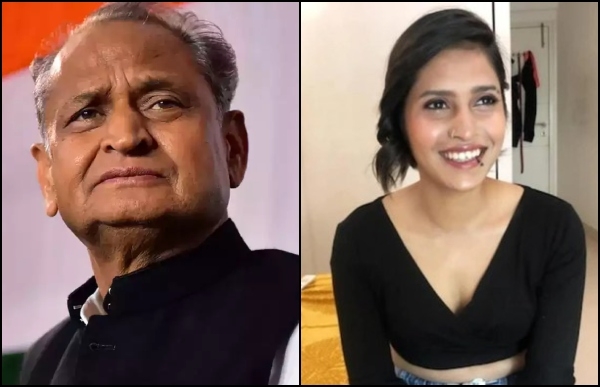 In a video clip, the reporter of ANI asks Gehlot what he thinks of ‘Love Jihad.’ The senior Congress leader casually suggested, citing Shraddha Walkar’s horrific death as a mere context, that it is just named “love jihad” and called it as “Jumla” which is devised to attack and defame a particular community.
Rajasthan’s chief minister stated,"Shraddha’s death was an unfortunate incident. Inter-caste and interfaith marriages have been common for a long time. However, by linking the ‘Jumla’ to the tragedy, politics is being done in a way that targets one specific community."
Gehlot has a habit of denying the facts and dismissing it, be it Udaipur's Kanhaiya Lal's murder or the recent brutal murder of Shraddha Walkar. Besides, Congress has always turned a blind eye to violation of human rights of Hindus.
Ashok Gehlot Love Jihad Shraddha Walkar Shraddha Rajasthan