Kashmir Jal Raha Hai…! Dialogues that will give you goosebumps…!

Have you watched it?

This morning while sipping my hot coffee one notification popped up. It was from Youtube, A new trailer has been uploaded. It was The Kashmir Files. I immediately went on Youtube and watched it. I felt numb for a few mins. For the very first time, a trailer was busting the brutal truth directly. No hidden message, no hidden language. It was super direct and that gave me goosebumps. Also made me so angry about myself that why do I take this life so much for granted and enjoy my cup of coffee while something like this has happened / still happening in our society. Thanks to Vivek Ranjan Agnihotri our generation will be able to know the real truth about Kashmiri Pandit’s which was deliberately hidden from us for ages. If a trailer can leave such an impact, think about what this film can do. 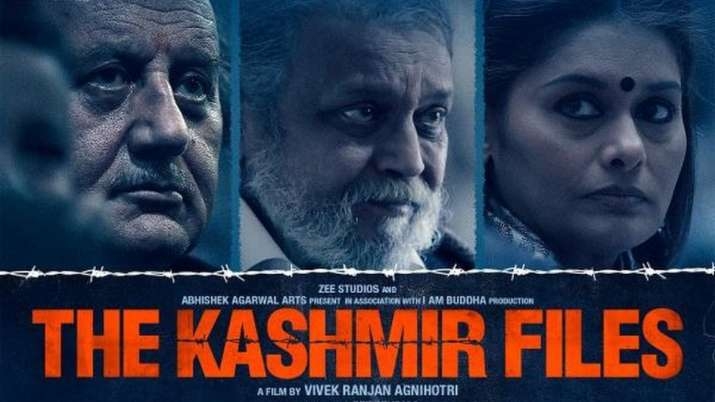 That unfortunate night of 19 January 1990, when thousands of Kashmiri Pandits were brutally killed, raped, and made to leave the valley in a night. It has been more than 30 years and still, people can not talk about it openly. Some political parties just made an agenda out of mob lynching incidents but no one thought about Kashmiri pandits ever. The media kept quiet for a longer time, the political parties and politicians kept quiet (there are exceptions and we very well know about it) but thankfully a great director like Vivek Agnihotri decided to create a movie on this issue and what an impactful this creation will be, we can guess it through the trailer itself. One thing that caught everyone’s attention in this film was - Dialogues.

Also Read The Kashmir Files trailer out! Get ready to witness the brutal reality of the exodus of Kashmiri Pandits

When Pallavi Joshi, who apparently played a negative character in the movie, who belongs to the Azadi gang said, “Desh ki takdir wo hi badal sakta hai jiske pas power hai, political power”, she actually made a point. When PM Narendra Modi and this government washed out Article 370 from Kashmir in one night they actually proved this point. But unfortunately in 1990 state political parties misused their powers and that’s why Vivek Agnihotri had to make a movie like this and thank god he did so.

Dialogues like “Azadi is a song of terrorism, its an anthem of Free Kashmir, The secular Jan Gan Man of India.” Made me feel extremely horrible about the mindset of a particular group of youngsters, who has been brainwashed and used against a particular agenda. Some are so blind that they don’t even know about it. These dialogues give you a reason to question so many things in this society.

“Kya Kshmiri Pandito ko wapas apne ghar jane ka mauka milega, is this the justice?” this one line is the summary of everything that has happened. There was an injustice, a mistake that has been partly corrected by washing off article 370.

A lot had happened in the last 30 years, but people who lost everything in that massacre never got the exact justice, and this movie is a tribute to such families. These dialogues made all the viewers even more eager to watch the entire movie.

The movie is coming on 11 March 2022 and we hope that, unlike the last time when Tashkent Files was released, some states will keep more movie slots for this film in theaters and multiplexes.

This movie is an atom bomb, and the dialogues are like AK-47, which was much needed. Let's see how the movie actually turns out and what India feels about “ The Kashmir Files”