As attacks in 10 states on Ramanavami & Hanuman Jayanti Processions by Muslims Have been reported across media & social media creating anger in the Hindu community across India, there is a report of another attack on a Hindu festival of JHAMU Yatra in Odisha’s Khordha District Kerang Dibyasinghaprasad Village.

The incident took place on 13th April, evening when members of Hindu community were returning from Ceremonial Bath of Jhamu Danda Deities in the village river for conducting Jhamu Yatra in Temple.

As per complaint by Main priest Prahalad Mahabhoi, 30-40 Muslims under the leadership of Babu Khan Son of Dhar Khan stopped the Hindu devotees who were coming with the Jhamu Deities & threatened them to stop the Hindu festival & started abusing the Hindu devotees.

When a few elders of the village intervened, trying to calm the matter, the Hindu devotees were able to return with their things & broken idols. 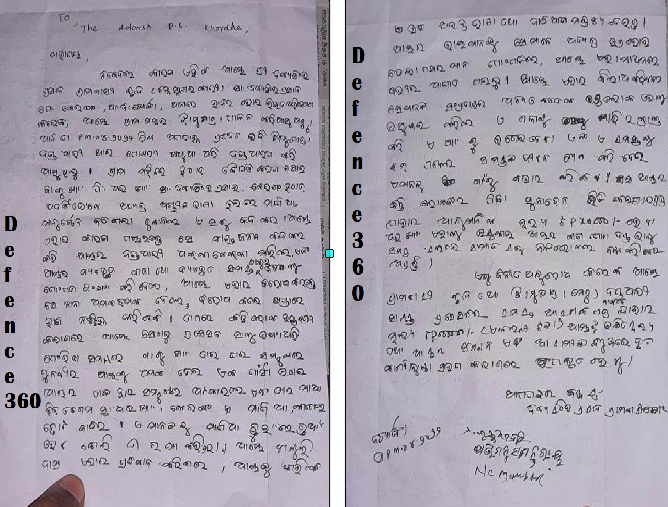 But the accused Babu Khan with his group of Islamists again stopped the Hindu devotees infront of his house & even incited other Muslims present there to attack & murder the Hindus with swords and drive away the rest from the village if they deny to stop celebrating the Hindu festivals.

The Muslim group even allegedly looted Golden ornaments & ornaments of the temple deities worth INR 1, 50,000. The amount of destruction caused by the Muslim group to the Yatra’s amenities is said to be around INR 1, 00,000/ Hindu devotees started a sit-in Protest in front of police station demanding arrest of culprits & protection for their lives. After which SDPO Sushil Mishra & IIC Sanjay Pattanaik reached the spot and tried to settle the issue amicably among the 2 groups but it didnot bear any fruitful results.

On being asked about the incident, Superintendent of Police Alekh Chandra Pahi has said, the matter is currently under investigation & police has been deployed in the village to avoid any further clashes. But the incident has created a furore among Hindus in nearby villages.

Hindu Organisations like Hindu Jagran Manch, Bajrang Dal & Vishwa Hindu Parishad have condemned the incident & have warned to take to streets if the culprits are not arrested soon.

As of latest news, no action has been taken by Police to nab the culprits till now and is now viewed as Muslim appeasement by villagers.
Odisha Muslim Hindus Hindu Jhamu YatraKhordhaDibyasinghaprasad Village