“We have submitted this information to the commission… The name of Bhide has not been included in the charge sheet since there is no evidence against him so far,” Pune Superintendent of Police Abhinav Deshmukh said.

Pune, May 5: Maharashtra Police informed the Maharashtra State Human Rights Commission (MSHRC) that Hindutva activist Sambhaji Bhide - founder of Shiv Pratishthan Hindustan, has been discharged from Bhima Koregaon case, stating that there is no evidence against him. 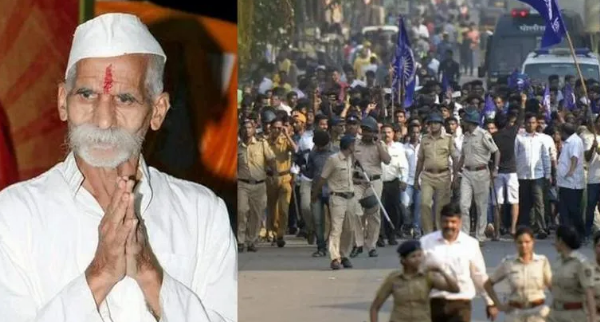 Pune police, which is investigating the Bhima Koregaon case, has filed a report before MSHRC, stating Sambhaji Bhide has been dropped from the 2018 Koregaon-Bhima violence case as he was not found to have played any role in the violence.
The report said that as Bhide’s role was not found in the case, hence his name was dropped. “We have submitted this information to the commission… The name of Bhide has not been included in the charge sheet since there is no evidence against him so far,” Pune Superintendent of Police Abhinav Deshmukh said.
The Pune police had filed a case against Bhide and others under the SC/ST (Prevention of Atrocities) Act and various sections of the IPC for their alleged role in the Bhima Koregaon violence perpetrated on January 1. Besides Bhide, another Hindutva leader Milind Ekbote was also booked in the case based on the complaint by Dalit activist Anita Sawale.
Also Read | Koregaon Bhima Inquiry commission summons Sharad Pawar
The violence broke out in the Pune district prior to 200th celebration of a British victory over the Peshwas. This ‘victory’ has been spun by leftist historians as a ‘victory of Dalits’, owing to British army comprising Dalits and other lower castes while the ruling Peshwas were Brahmins.
In 2021, advocate Aditya Mishra approached MSHRC, saying that former Maharashtra CM Devendra Fadnavis had stated in the Assembly that the case against Bhide would be withdrawn, but that did not happen.

In his complaint, Mishra stated, “Can anyone frame any XYZ as an accused casually without any evidence on the basis of hearsay?” In response, the MSHRC had then summoned Pune Rural Police officials and sought a status report in the case against Bhide.
Sambhaji Bhide Bhima Koregaon Pune