This is reality: Shinde shares MLA letter on grievances after Uddhav address

The letter comes a day after chief minister Uddhav Thackeray broke his silence on the crisis and said he was ready to quit if the MLAs wanted him to.

Mumbai, June 23: Maharashtra leader Eknath Shinde on Thursday, tweeted a letter by Aurangabad MLA, Sanjay Shirsat, that according to him, talks about grievances of the legislators upset with the NCP-Shiv Sena-Congress combine. 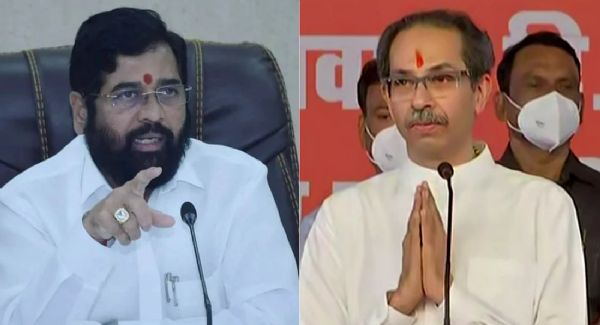 The letter comes a day after chief minister Uddhav Thackeray broke his silence on the crisis and said he was ready to quit if the MLAs wanted him to.
The letter reveals some of the biggest claims made since the sudden rebellion. In the letter, Shirsat has said that Thackeray's inner circle stopped the lawmakers from meeting the CM. Without naming members of the 'coterie', the Aurangabad MLA referred to them as having been elected to the legislative council and Rajya Sabha.
Giving reference of doors of the Varsha bungalow "being opened for commoners in the true sense" on Wednesday, he said that the MLAs waited to have access to Uddhav Thackeray. They were "made to wait at the gate for hours and Uddhav's confidantes would refuse to receive their calls," it reads.

The legislators "could not meet the chief minister in mantralaya as he never went there", the explosive letter further claims. "However, in such times, leaders from the Congress and NCP would meet Uddhav, and get their projects sanctioned and post these photos with the chief minister on social media.
Also Read | 3 more Shiv Sena MLAs reach Guwahati to join Eknath Shinde; CM Uddhav Thackeray shifts from official residence to Matoshri
Congress & NCP are the "true opponents" of Shiv Sena, Shirshat said. Shinde has "helped these MLAs and help them evolve solutions," the letter reads.
On Wednesday, huge crowds came outside the Maharashtra CM's residence, Varsha, as he left for his family home, Matoshree, in a symbolic gesture, where Sena patriarch Balasaheb Thackeray also lived.

Meanwhile, the Aurangabad MLA also alleged that the "legislators were prevented by the CM from heading to Ayodhya at the last minute with Aaditya Thackeray." On Wednesday, after Thackeray's speech, Shinde had hit back saying that Sena was in “an unnatural front” in the state.
Eknath Shinde Uddhav Thackeray Shiv Sena