Deputy CM, Fadnavis has directed the administration to revive the Jalyukt Shivar scheme; the water conservation scheme was his project when he was the CM between 2014-19 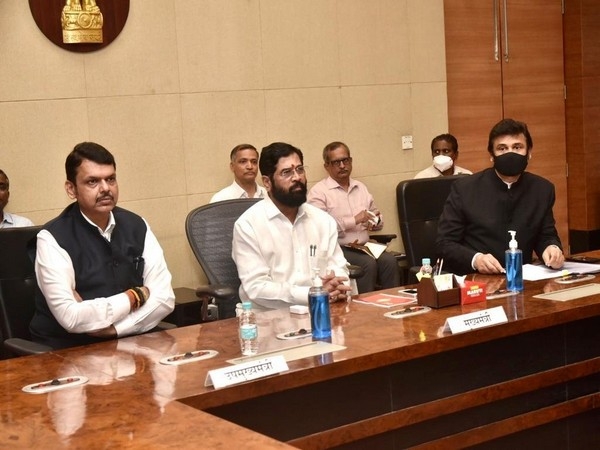 After the first Cabinet meeting, CM Shinde stated, "We are making a fresh start. We have an experienced Deputy Chief Minister with us. Therefore, it will not be a problem to manage the development work in the state. For various projects and the people's representatives and the administration have to work hand in hand to give justice to the social elements."
A speaker will be elected during this session, since the post is vacant following Congress MLA Nana Patole's resignation last year. Shinde, who claims to have the support of 40 rebel Shiv Sena MLAs led a revolt against the Uddhav Thackeray-led party leading to the collapse of the 31-month-old MVA govt.
In his first Cabinet meeting after taking charge as the Deputy CM, Fadnavis has directed the administration to revive the Jalyukt Shivar scheme. The water conservation scheme was his pet project when he was the CM between 2014-19. It was later stayed by the MVA govt.

The meeting also overturned the previous Uddhav Thackeray-led government’s decision of moving the Metro 3 car shed from Aarey in Mumbai. Fadnavis directed the urban development department officials to bring a proposal for building the car shed at Aarey before the Cabinet.
He added that the 33-km long underground Metro project between Colaba-Bandra-SEEPZ was stuck because of a legal wrangle over the Kanjurmarg plot, where the previous MVA govt had proposed to build the car shed.
Fadnavis asked the bureaucrats whether courts could be apprised through the advocate general that the car shed could be built at Aarey itself. The move was seconded by Shinde.
Also Read | Eknath Shinde sworn-in as Chief Minister of Maharashtra
A day after taking over reins of the state, Thackeray, on November 29, 2019, had overturned Fadnavis’ decision to build the car shed at Aarey. Soon after MVA govt came to power, 804 acre of Aarey land was declared as reserve forest. It was sought to build the car shed on an alternate piece of land in Kanjurmarg.
Aarey forest Aarey colony Eknath Shinde Fadnavis Maharashtra Metro car shed Jalyukt Shivar