Satish Saharia, the Assistant Director at office of Economics and Statistics at Sawai Madhopur, issued the notification to open fake accounts on Facebook & Twitter, promoting welfare schemes of state govt 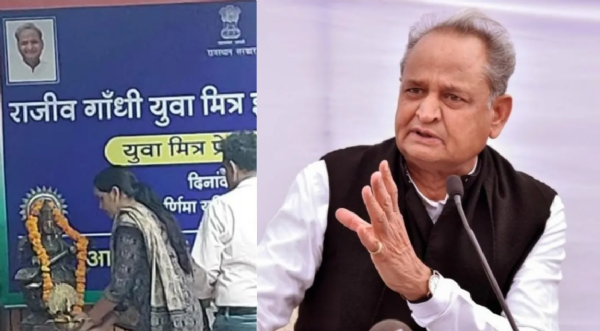 Satish Saharia, the Assistant Director at office of Economics and Statistics at Sawai Madhopur, issued this notification. The official order issued by him went viral on social media.
Reports say that the official has been suspended, however, his suspension order does not mention the notification. Saharia was suspended as the state govt took his order to open fake accounts seriously.
Earlier, several people had shared the order issued by the official, including Union Jal Shakti minister Gajendra Singh Shekhawat. He slammed the Rajasthan government for the order, saying that govt is putting futures of the youths in jeopardy for their own promotion.

Notably, the Rajasthan govt has launched a program titled Rajiv Gandhi Yuva Mitra Internship program to engage youths to promote achievements of state government. The Congress has engaged 2500 Yuva Mitras and almost 50000 Yuva Mitra volunteers in the state, who are to use social media to inform the population about welfare programs and schemes of government.
Also Read | ED arrests Former WB Education Minister Partha Chatterjee for Education Board recruitment scam
The order issued by the now suspended Assistant Director of the Economics and Statistics Department, asked various govt officials to instruct Yuva Mitra volunteers under them to create dummy accounts on Twitter and on Facebook, and actively use those accounts, apart from their original social media accounts.

The order issued to all block officials and panchayat committees in district says that while Yuva Mitra volunteers must have Twitter and Facebook accounts, they are also required to open fake accounts on both platforms.