The Other Side of Cheetah or Chitrak

In Ayurveda, there is a herb namely "Chitrak" which is commonly used in various preparations. This Chitrak herb has synonyms in Sanskrit, the same as that of Cheetah.

The Cheetah has returned. "Returned" because he had existed in India for hundreds of years. The description of the same can be found in the oldest available texts of Ayurveda. In those, Cheetah is referred to as "Chitrak" (which is the original Sanskrit name from which the current version got derived.), which means having many pictures on the body. There is one more name, "Dwipi" which means having island-like dots all over the body, which further helps to confirm its identity. 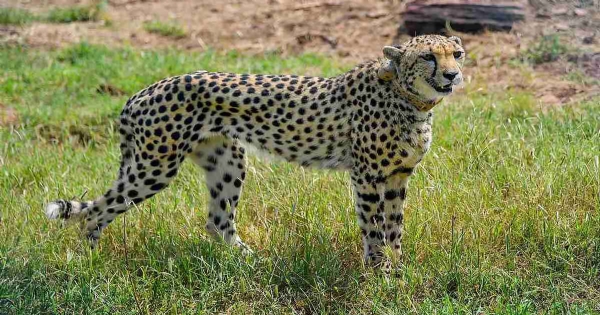 But the story does not end here. In Ayurveda, there is a herb namely "Chitrak" which is commonly used in various preparations. This Chitrak herb has synonyms in Sanskrit, the same as that of Cheetah. It includes Dwipi, Vyaal (meaning - a violent animal), etc. The purpose of telling this is, in Ayurveda, having various nomenclatures to a single herb has its own practical, therapeutic utility. These names give us important insights regarding the functionality of that herb.

Experts say this herb is called Chitrak because just like a Cheetah crushes the throat of its prey with sharp teeth, this herb breaks the blockages within the body created by Kapha Dosha. Hence this herb is used in various conditions like Piles, Tumors, etc., where this action is required.

The moral of the story is? Few celebrated the arrival of the Cheetah with all joy whereas few showed concern and were disgruntled. Time will tell us what is right or wrong, but till then what can be my role in this debate? Ayurveda teaches us that "The whole universe is a teacher for wise, but is an enemy to unwise." Hence when I saw the Cheetah, I reminded myself of the Chitrak, of its function, and motivated myself to use it appropriately in my patients. With this mindset, I think every incident is another way to make yourself wiser
Cheetah Chitrak Ayurveda Herbs Dwipi