Will USA and Western Nations Allow India to Lose Interest in Pakistan?

If you do not read this article, one gets the impression that it is negative about India but fact is that it elaborates how India is navigating its path between USA and Russia and doing relatively so well in economy, pivoting itself in such a position where it is getting very difficult for western nations to criticise Modi or India. 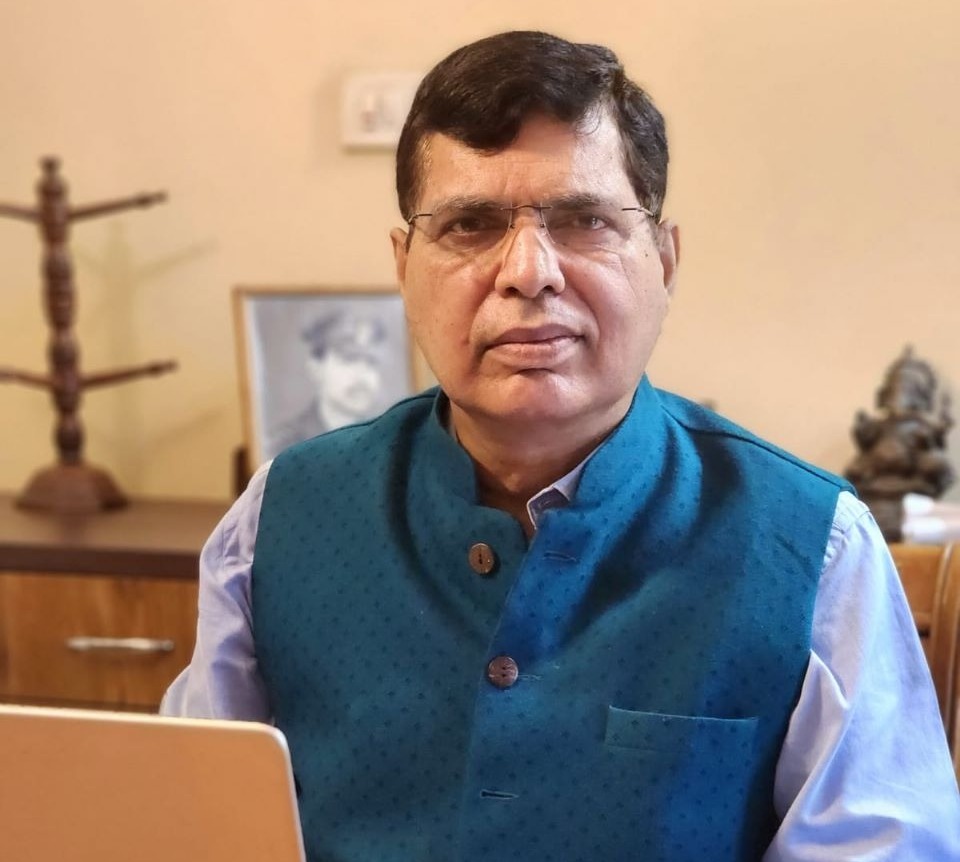 My apologies for starting this article with a couplet by Tulsidas in Hindi because article is in English. It has got the meaning – Iron Hook to control the mighty elephant, Bow, snake and Cat, when they bend, it means something is wrong. I am referring to Pakistan PM Shabazz Shariff statement on relations with India. 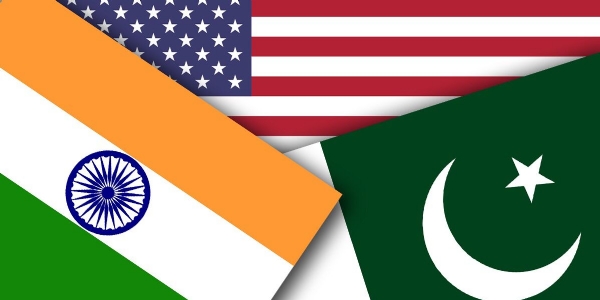 So, what can be reaction in India? Indian establishment is very carefully watching Pakistan and its internal developments. So, what do you expect that statement like this will not invite some reaction from Imran Khans party?

In international media, you will find many articles but most important article is in – The Economist which is published from London. 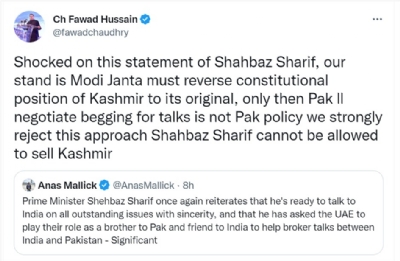 If you do not read this article, one gets the impression that it is negative about India but fact is that it elaborates how India is navigating its path between USA and Russia and doing relatively so well in economy, pivoting itself in such a position where it is getting very difficult for western nations to criticise Modi or India.

More than this article, there is another footnote just below the article and this footnote says how bad Pakistan is doing and its survival is so difficult if Imran Khan comes back to power.

So, why Pakistan is suddenly changing its instance? Is it a real change or they are behaving like cat or snake as mentioned in the opening couplet of Tulsidas? Fact is that Pakistan has become the footnote for India. The country with such important geo strategic location has found itself in such a poor economic state, nobody else but Pakistani elites are to be blamed for it. Former Pakistanis Finance Minister Dr Miftah Ismail has said in an interview that Pakistani elites consisting of Military, bureaucrats and political class are in favour of status quo because it suits them. Poor calibre of bureaucracy with Army as a paramount position did no justice with efficient running of country. PIA is running the loss of 55 billion annually but nobody is ready to sell it too corporate it. Most startling revelation came from Dr Moeed Yusuf who said Pakistan has lost relevance to global security architecture. Pakistan was the darling partner of western block when USSR was in Afghanistan and again after 9/11 when Pakistan operated as a partner against Taliban and Al Qaida, with a dubious distinction of giving the impression of supporting both. Dollar flew in to Pakistani Generals and politicians but not to the system which could have helped Pakistan to develop its economy.

If Dr Moeed Pirzada interpretation of events is correct, Pakistani establishment must be regretting US withdrawal from Afghanistan because Imran Khan govt celebrated it without realising its implications on dollars inflow in Pakistan. Two Generals played havoc with Pakistan. Gen Zia Ul Haq brought AK 47 culture in Pakistan and Gen Musharaff brought terrorism inside Pakistan. Pakistan had the best time in terms of dollars inflow during this duration and elites enjoyed prosperity because this money went to individuals and not to the system.

Individuals have become richer and richer in Pakistan while state has become poorer and poorer and finds itself in such a situation where it has a nuclear arsenal in one hand and begging bowl in another hand.
In a sarcastic way, I can tell that Pakistan should invite US to Afghanistan once again to sort out TTP and Taliban or alternatively ISI can organise some terrorist activity in USA. Pakistan still now retains its value for Western block for its nuisance value against India though its nuclear bluff has been called out and conventional war capability has been minimized. Its terrorism export potential is subdued due to western block pressure.
Dr Miftah Ismail has mentioned that eating grass for 1000 years or otherwise is a fallacy and nobody can survive on it. More than that China is nobody’s friend so long it is economics all the way. CPEC will continue to be unrealised dream for Pakistan because it is China centric.
Dr Moeed Pirzada, a Pakistan columnist and journalist is discussing – Pakistan as a Banana Republic and it has got lot of substance.

As per him 99% of Pakistani believe that Pakistan is a banana republic. It signifies that Pakistan has limited control over terrorist activity.
What are the solutions for Pakistan? Single solution for Pakistan is to mend its ways vis a vis India. Maintaining the Army which owns the country and keeping non-existent Kashmir problem as a political narrative for internal political gains will not take it anywhere. In fact, it will make it highly vulnerable against the threat of TTP. Snakes will bite it any way. It should take anti snake venom and that can be arranged by India only. Present dispensation of India has finished off hard options for Pakistan after Balacoat. Nuclear bluff has been called out.
If Pakistan is left on its own, there is no reason for India to bother because its nuisance value is minimal and seeing its internal political and institutional dynamics it will continue to be same in foreseeable future. If that happens, India moves along its growth trajectory. Modi is a transformational leader and West knows it. USA pretence of supporting democracis world over is delusion and good convenience as and when it suits them. Here comes “Goldilocks Principle” which is mentioned by our Foreign Minister time and again. USA and West can not allow India to be strong in its own right to take own independent decisions. India’s strategic autonomy and purchase of 25 % of its oil requirement from Russia is no consolation to them. There can be so many future Indian financial decisions in store which may not be in alignment with Western goals. Change in International financial system or order can be one .
Pakistan has two options against India, assuming that conventional war and nuclear threat have been blunted by Modi govt. Kashmir issue and separation movements i.e., Khalistan movement and other separation movements inside India through sleeper cells. Each of these movements have ISI footprint in them but more than that foreign funding from Canada, USA and western nations is too obvious to hide. Anti CAA and Anti farm laws agitation were financed by NGO’s from abroad. Our leftist, liberals are willing partner with these anti India forces located in capitalist countries. China, a so-called communist country also routes money via this route. Purpose is very simple- to derail India growth story.
Modi is the problem for them because he is the transformational leader and they realise this. Pakistan is important because ISI is cogwheel in anti-India efforts. So, they will ensure that Pakistan never becomes irrelevant for India. Western block will ensure that Pakistan survives not to the extent that its potential to cause terrorism in Western block remains intact but is able to keep India on tender hooks. Surprisingly both Western block and China are partner in this endeavour. India’s objective should be to keep Pakistan under nuisance threshold. Modi’s outreach to prominent Sikhs and Pasmandas Muslims is effort in this direction. Pakistan effort to create trouble in India will invite fuel to the separatist movements in Pakistan.
India has joined the big game now. India’s march can not be stopped unless Pakistan crosses the nuisance threshold against India. West is the party to it and India should maintain its guard. West will never allow Pakistan to stop its nuisance value against India though will try to keep it below threshold level. India’s effort to maintain balance with China and Western effort to provoke India- China differences should be seen in that context only.