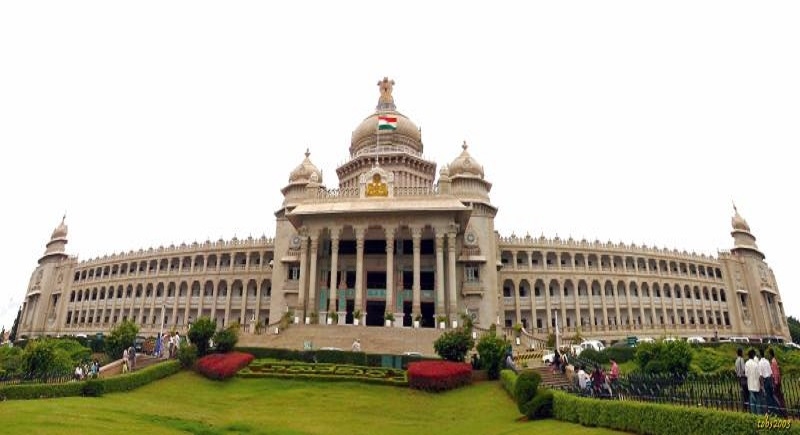 Obstructing the BJP from gaining power despite the popular mandate in its favour seems to be the only objective of the Congress and JD(S). This was the 15th election the BJP contested in succession since it came to power in 2014 at the Centre. State after State the party kept winning and forming the governments some on its own and others with the alliance parties. Karnataka is the latest example of its victorious march towards ‘Congress-Mukt Bharat’.

But the shortfall of just 8 seats has given a much sought after opportunity to the Congress and the party left no time in surrendering its pride at the feet of relatively smaller, regional party like the JD (S) to stop BJP from forming the government in the state. Before the country could guess the senior Congress leaders Ghulam Nabi Azad and Ashok Gehlot offered their unconditional support to the JD(S) leader HD Kumarswamy. They offered him the post of the Chief Minister and even preferred a subordinate role for their party.

The 132-year-old Congress party that spearheaded the freedom movement, produced and hones stalwarts like Tilak, Gandhi, Patel, Nehru, Shashtri and Indira; ruled this vast country from panchayat to parliament uninterrupted for over six decades, today finds itself reduced to a motley group of corrupt leaders wedded to a dynasty. They did not mind surrendering the glory, pride and respect of the party at the feet of a regional satrap in clear violation of popular mandate. 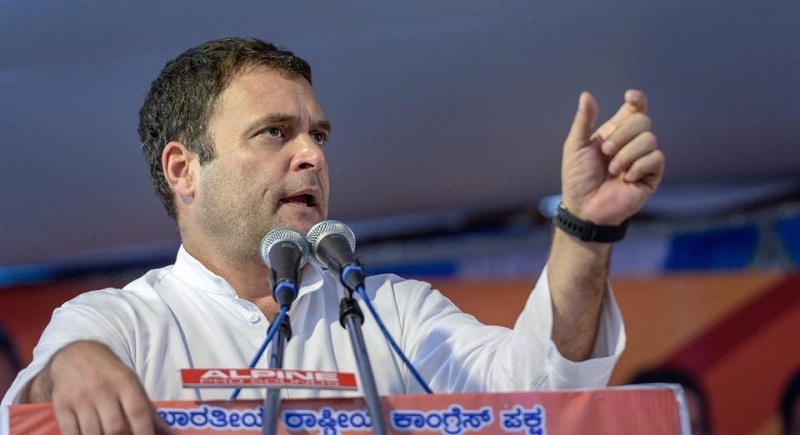 Congress has just refused to accept the change. They did not recognise the fact that their place and space in the Indian political horizon is being taken over by the BJP under the leadership of Narendra Modi and Amit Shah over the years. While the Congress was busy in nurturing the minority vote bank by spreading falsehood and raising the bogey of ‘Saffron Terrorism’ or ‘Hindu Terror’ the BJP leaders silently worked at the ground level usurping the space earlier held by the Congress party.

Corruption was another major issue that offered the much needed opportunity to the BJP and the party did use it as a most effective weapon to oust the Congress party from the Centre and later from the states. But the Congress leadership just refused to accept the change and learn its lessons. This arrogance of the party made it pay heavily in all the elections post 2014.

Karnataka is the latest example in this series.

It is a hard luck of the party that it could not muster the required magic figure of 113 to form the government and was stopped at 104, just 8 short of that figure. Nevertheless, the people of Karnataka voted for the Modi theme of ‘Sab ka Saath-Sab ka Vikaas’. They did not vote for the corrupt rule of the Congress party government. They also did not vote for the regional JD(S) which has a political influence on a smaller geographical area of the entire state. Instead, they preferred to go in for a national party, obviously influence by the pace of development in the country under the Modi government and with a desire to bring their state at par with the rest of the country in respect of development. It is their bad luck that they could not translate their desire into a majority for the BJP to form the government. But that does not mean the popular mandate should be insulted and ignored. 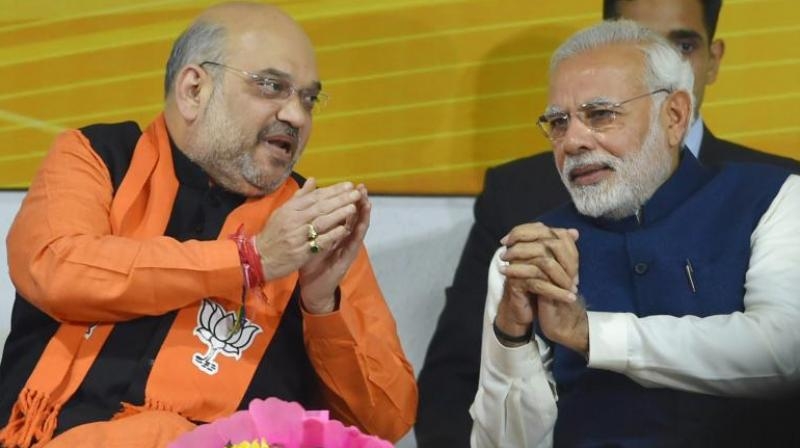 Now the ball is in the Governor’s court. It is true that the Congress and JD(S) together have the magic number and BJP is the single largest party (SLP) in the state. Both of them have staked their claims of forming the government, the former being more aggressive and vocal. Hurt beyond redemption in Manipur, Goa and Meghalaya by the BJP earlier, the Congress was looking for a chance to repay the BJP in the same coin. And Karnataka provided that opportunity to it. But will it succeed in its objective is the million dollar question. Answer to that lies with the Governor, obviously.

The victory in Karnataka is not the first for the BJP. Earlier, in 2008, it formed the government with B S Yeddyurappa but later lost in 2013 as BSY fell apart from the party on certain differences. In 2013 the party could muster only 40-odd seats. That was most humiliating defeat for the BJP.

But in 2018, it bounced back under the leadership of the same leader, supported by Modi and Shah, to emerge as a single largest party with a tally of 104. As Prime Minister Modi had said this victory of the BJP is unprecedented and uncommon (अभूतपूर्व और असामान्य).


Thanking people of Karnataka the Prime Minister said that the victory was the result of the hard work of the people of the state.


BJP President Amit Shah too congratulated the BJP workers and BS Yeddyurappa for their relentless efforts in making the BJP the single largest party of the state. “This mandate clearly reflects that Karnataka has rejected Congress's corruption, dynastic politics and divisive casteism”, Shah said in a tweet.


This victory of the BJP also established its pan-Indian presence erasing the tag of the party of the north India. The Prime Minister highlighted this point in his address to the BJP workers in Delhi immediately after the results of Karnataka were out on Tuesday evening.


With this victory the BJP has made its presence felt once again in the south Indian state. This will certainly help the party to spread its influence in neighbouring states of Andhra Pradesh and Telangana immediately and gain a foothold in Tamil Nadu and Kerala later. Karnataka has a sizeable population of Telugu speaking people mostly concentrated in Hyderabad Telangana. The TDP of Chandrababu Naidu had despatched their party workers to stop the BJP in this region. But despite their efforts, the BJP has increased its tally from 6 to 20, said Ram Madhav, senior BJP leader in a tweet.


Combination of strategic planning and charisma:

The BJP campaign is marked with a difference as compared to its rival parties. Party President Amit Shah and his party machinery were engaged in the ground work months before the actual electioneering began. Then entered the Prime Minister Narendra Modi to give the final thrust and turning the fence-sitters towards the BJP. The BJP campaign presented the best combination of strategic planning and charisma. Prime Minister Modi who arrived at the scene only on May 1 made all the difference with his speeches in all the 21 election rallies he addressed in the state.

Political observers feel that the encouraging results of Karnataka elections will prompt Modi-Shah duo to risk an early election to the Lok Sabha which is now a year away. However, three major states of Madhya Pradesh, Chhattisgarh and Rajasthan will be going to polls by the end of 2018 and the observers feel that there is likelihood of general elections being held along with these state elections. But that seems to be far-fetched idea as the Modi-Shah duo will not want to repeat the ‘India Shining’ experience. They will complete the term and then go to the people with their progress card on issues of development and ‘Sab ka Saath- Sab ka Vikaas’.