New Delhi, November 27: Introducing the new transformed Kashmir prevailing normalcy in the region, Defence Minister Rajnath Singh asserted in Lok Sabha that terror incidents in Jammu and Kashmir have come down to almost nil. Adding, he also, said the Army, paramilitary forces and the Jammu and Kashmir Police have been coordinating to fight terrorism in the state. 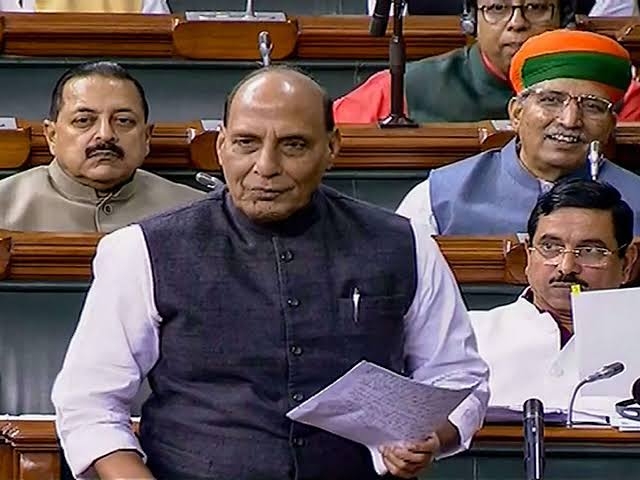 Two people were killed and seven injured in blasts in J&K's Anantnag district on Tuesday. In separate incidents last month, five migrant labourers from West Bengal were killed and two truck drivers were killed by terrorists. The Defence Minister said since last five-and-half years, except Kashmir there has been no major incident in the country. In case of Jammu and Kashmir, it has been witnessing terror incidents since last 30-35 years, he said.

Last week, Home Minister Amit Shah said in Rajya Sabha that total normalcy prevails in Kashmir with government offices and educational institutions functioning fully, but Internet connection will be restored after the local administration feels it is fit to do so. He also asserted that not a single person has died in police firing since August 5 when the Centre abrogated special status of the state although many feared there would be bloodshed and more killings.