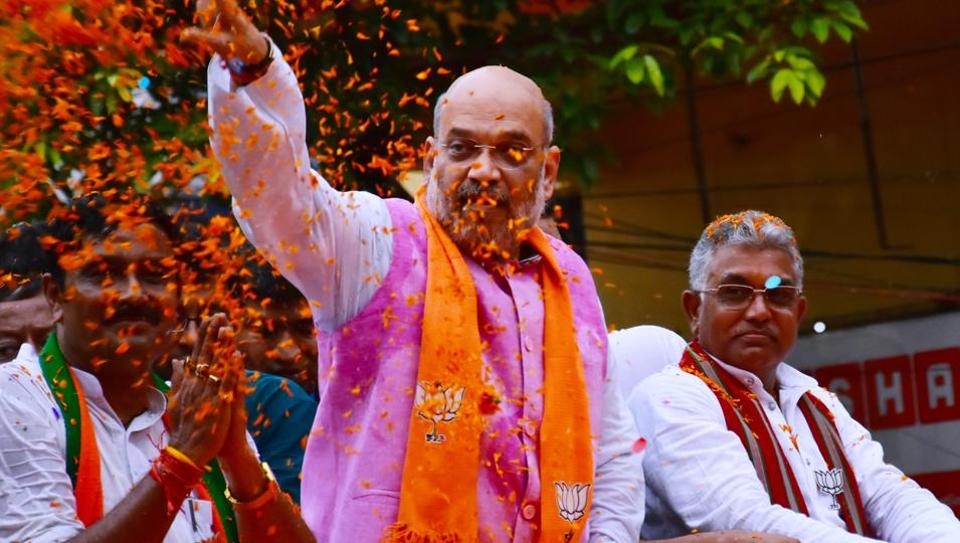 The disclosure of figures by BJP National President Amit Shah at the press conference he addressed in presence of Prime Minister Narendra Modi and other senior party leaders on Friday on the last leg of electioneering for the last phase of Lok Sabha election was simply mind boggling.

The figures unfolded the strategy of the party poised to grab the power for the second consecutive term with more confidence. Unfortunately, the media present at that event only made the news headline of Prime Minister not answering their questions.

This has happened always. Amit Shah highlighted this in his reply to a question. When someone asked him about the campaign getting centered around personalities and personal attacks, he said the BJP leaders devoted 75 percent of their speech in highlighting the development schemes, projects and how they benefitted the common people. But the media only focused their attention on the personal attacks.

That is how the media reports obviously for TRP, he quippd.

Coming back to the figures. The entire exercise unfolded the strategy planned and executed by the BJP President and his generals with a determined objective to win the election. Prime Minister Modi also underlined this when he told about his campaign. He began his first meeting at Meerut in Uttar Pradesh. Meerut has its association with the 1857 War of Independence. It was from here the bugle of independence was blown inspiring thousands of Indians to sacrifice their lives to free Mother India. And the last meeting he addressed was at Khragone in Madhya Pradesh on May 17. That was also associated with 1857 War hero Bhima Nayak who raised the banner of revolt against the British by organizing the Janjati people.

Informing the media persons, the Prime Minister said “Don’t think that this is happening haphazardly. We have made meticulous planning and the entire campaign gets gradually unfolded as it evolves”.

Amit Shah’s figures did unfold the magnitude of the campaign and the way it evolved.

The Prime Minister addressed 142 meetings and 4 road shows from March 28 to May 17. He established direct contact with 10000 party activists and 7000 beneficiaries of various government welfare schemes. And this was done I scorching sun at 46 degree Celsius (at Itarsi in MP) and braving he chilling weather at 18 degree Celsius (at Yalo in Arunachal Pradesh) travelling a distance of 1500 km per day (at times 4500 km) covering a total distance of 1.05 lakh km. Rudrapur in Uttarakhand was the highest place Modi addressed an election rally at during this campaign.

And he did not lose his composure in spite of these hazards, the provoking attacks most vile and ill-mannered by the opposition leaders and pressure of routine work to be performed as Prime Minister of the largest democracy.

The planning for the 2019 elections began in January 2016. The BJP organized booth or cluster level meetings, forming national level committees under 18 senior party leaders Nitin Gadkari, Rajnath Singh, Sushma Swaraj and others. They in turn formed such committees down to parliamentary constituency level numbering 482 involving 7230 party activists. The party concentrated especially on 120 constituencies that it could not win in 2014 and contested 80 out of them. 25 clusters were formed in 13 provinces and the 25 senior leaders toured these clusters to mobilize the party activists.

Out of the 1035 lakh booths, the BJP could reach out in 8.63 lakh booths and out of 1.60 lakh ‘Shakti Kendras’ the party could make its own arrangement in 1.52 lakh centers to carry the message of the party to the people. 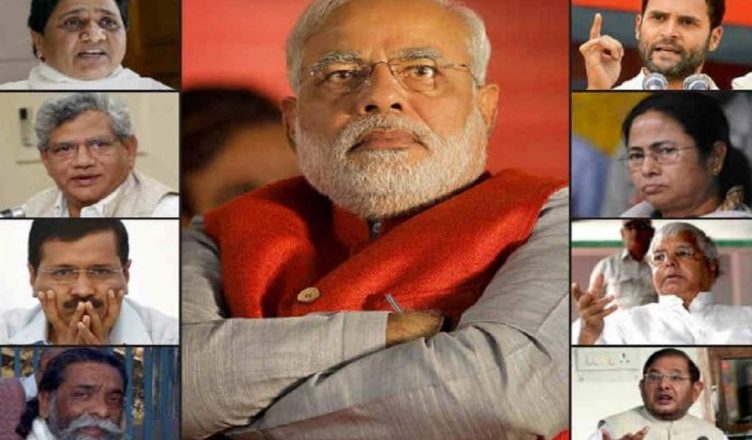 The Narendra Modi government had launched 133 welfare schemes in the last five years to uplift the life standard of the masses. The PM Awas Yojana to provide houses to houseless, the Ujjwala Yojana to rid the poor housewives of health hazards and enable them to have clean cooking experience, the initiative for toilets under Swachh Bharat Abhiyan, Ayushman Bhaarat to provide health insurance cover to 50 crore people and so on. The benefits of these schemes have reached to the deserving citizens.

With surgical strikes and air strikes in Balakot, the country is rest assured about the safety and security of the borders and internal security also. The Modi government has enhanced the position of India in the global community; the country is fastest growing economy in the world and most striking feature of this campaign was absence of two key issues of price rise and corruption which dominated the 2014 campaign.

The party had employed 3000 full-time workers who fanned out to the various Lok Sabha constituencies and Vidhan Sabha segments numbering 2566. This is the power of a cadre-based party organization. Besides the ‘Vistarak’ yojana, the party has implemented ‘Mera Booth-Sab se Majboot’, appointed ‘Shakti Kendra Pramukhs’, held 472 meetings of intellectuals, 480 meetings of youth and established ‘Sangathan Samvad’, encouraged “Mera Parivar Bhajap Parivar” etc. But the most wonderful program was Kamal Sandesh Bike Rally in 3800 Vidhan Sabha constituencies. Another unique and remarkable feature of this campaigning strategy was celebrating ‘Kamal Deepawali’ by encouraging the 22 crore beneficiaries to light lamps in their houses at the same time.

The party had set up 161 call centers and in six-month period they contacted 24.81 crore beneficiaries through 15682 callers, most of whom were not the BJP workers. Volunteers were available from the society who offered to work for the BJP and more particularly for Prime Minister Modi.

The positive energy emanating from a confident Amit Shah foretold the outcome of the Lok Sabha elections. Extensive campaigning, mass contacts, determination, confidence and well-planned strategy made the BJP leaders most confident and assured about “Fir ek baar Modi Sarkar”.

The media failed  to catch the spirit of the strategy unfolded by none other than BJP President Amit Shah and Prime Minister Narendra Modi. This, infaact, could be a matter of research for the students of political science, as Prime Minister Modi had said addressing the media persons there. But the media, obssesed too much with political criticism will not take this advice seriously, I beleive.
BJP Election Strategy Extensive Campaigning micro-level planning Booth Clusters Vidhan Sabha Lok Sabha Meetings Road shows