Total Views |
Kolkatta, May 08: Instead of taking action against its party members for creating violence in West Bengal, TMC spoke person Riju Dutta registered an FIR against the Bollywood actress Kangana Ranaut. According to the FIR, Dutta alleged that Kangana is spreading hate propaganda and inciting communal violence in West Bengal. 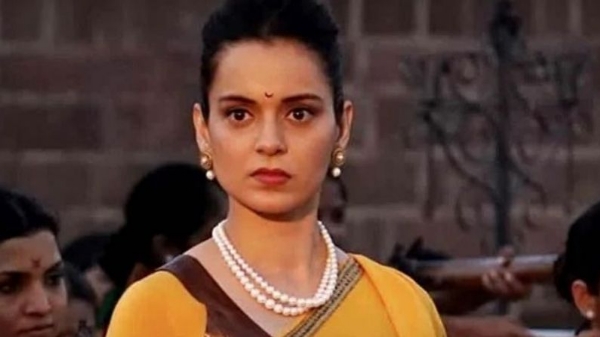 Dutta said she had intended to malign the image of West Bengal Chief Minister Mamata Banarjee. Riju has shared a copy of FIR on her Twitter account.
Also Read |  'New govt should be a priority in West Bengal', RSS condemns gruesome violence in severest terms
The complaint states, “Ms. Ranaut has posted several posts from her verified official Instagram handle bearing URL: httpa://instagram.com/kanganaranaut?igshid=2yruw6zd7j in the ‘Story’ section. She has also distorted and maligned the image of the Hon’ble Chief Minister of West Bengal – Smt. Mamata Banerjee. Hence she is to be charged against hate propaganda to incite violence in West Bengal.”
Reacting to that Kangana has said, "Ironic that the bloodthirsty monster Mamta who is openly killing and lynching those who did not vote for her is accusing me of communal violence, Monster Mamta this is the beginning of your end, the whole country is watching innocents blood is on your hands you can not scare me or not kill my voice with many cases or FIR’s."
Kangana is one person who is outspoken about the West Bengal violence since the first such incident was reported in West Bengal. Recently, her Twitter account was permanently suspended from Twitter for violating their policies.
Also Read |  Post poll violence in Bengal! 'We'll fight this ideological battle democratically', BJP's J P Nadda
Mamta Banerjee led Trinamool Congress (TMC) workers has created unprecedented terror in the form of widespread violence in the entire State. The workers have unleashed violence against opposition party members in the state.
.
.
Kangana TMC Bollywood West bengal RSS Instagram Mamata Banerjee