Senior advocate Patwalia told court that records have been taken into consideration by Registrar General of the Punjab and Haryana High Court.

New Delhi, January 10: Supreme Court on Monday, agreed to set up an independent committee, which will be headed by former SC judge to probe Prime Minister Narendra Modi's security breach in Ferozepur district of Punjab on January 5. Meanwhile, the 3-bench judge, headed by Chief Justice NV Ramana, asked the Centre and Punjab governments not to go ahead with their inquiries in the matter. 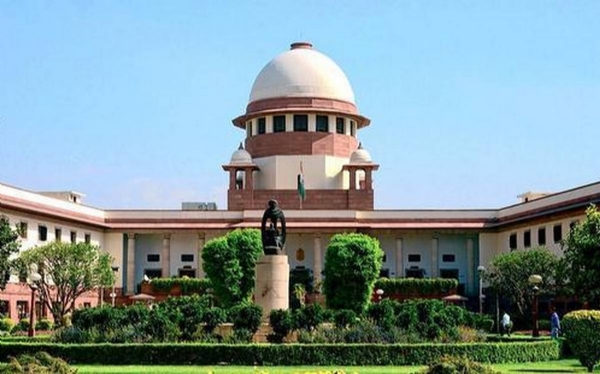 The decision came after the Punjab government urged the apex court to set up a court-monitored probe into the incident. During the hearing, DS Patwalia, Advocate General of Punjab, said that the government has issued seven7 show-cause notices to officers seeking an explanation why no action should be taken against them for this incident.
Senior advocate Patwalia told the court that records have been taken into consideration by the Registrar General of the Punjab and Haryana High Court.
PM Modi's convoy was blocked on a flyover when he was on his way to Hussainiwala in Ferozepur district to visit National Martyr's Memorial. His convoy got stuck on a flyover for 15-20 minutes on Wednesday. As per the MHA, the convoy was stuck on a flyover around 30 kilometers away from the memorial of freedom fighters as the road was blocked by some protestors.
Also Read | Just ₹200 fine for stopping PM's cavalcade?
The ministry of home affairs constituted a 3-member committee led by Sudhir Kumar Saxena, secretary (security), Cabinet Secretariat to probe into the security lapses that occurred during PM Modi’s visit to Punjab.
On Friday, the Punjab government submitted a report to the MHA, detailing the sequence of events leading up to this security breach. According to reports, extra manpower was deployed on the ground in the wake of protests that were happening across Punjab. The government termed these protests as being spontaneous.
PM Modi Security Breach judge DS Patwalia Punjab