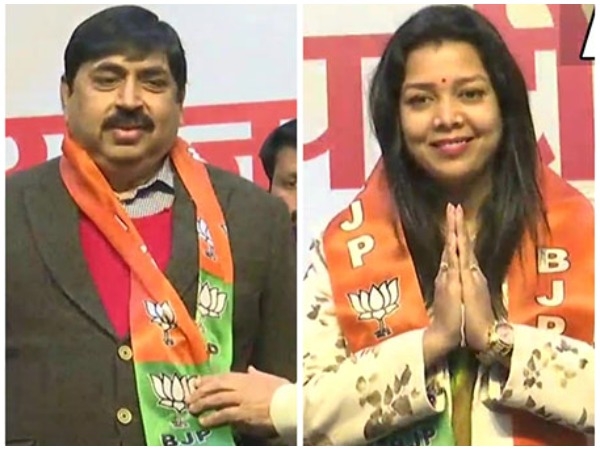 Pramod Gupta, who was an SP MLA in 2012, is close to Mulayam Singh and had yesterday claimed that SP chief Akhilesh Yadav had held his father captive and was not allowing him to meet anyone.

“Mulayam Singh ji has been held captive in his own house. He’s not being allowed to meet anyone. If someone goes to meet him, they are told he’s sleeping. Mulayam ji’s condition in SP is not good,” said Gupta who was unlikely to be fielded by Akhilesh in the elections.

Gupta’s switch to the BJP comes a day after Mulayam Singh’s daughter in law Aparna Yadav joined the saffron ranks with UP deputy CM Keshav Prasad Maurya taunting Akhilesh for being unable to even keep his family together.

Akhilesh downplayed Aparna’s defection, wishing her well and saying that Mulayam Singh tried hard to talk her out of it.

The BJP is also said to be in constant touch with Mulayam Singh’s brother Shivpal Yadav, in attempts to woo SP chief’s immediate family members.

Priyanka Maurya, meanwhile, switched over to BJP from the Congress by saying that, “the congress party only wants OBC votes but is not willing to give them representation.” She alleged Congress leadership of declining tickets to OBCs.