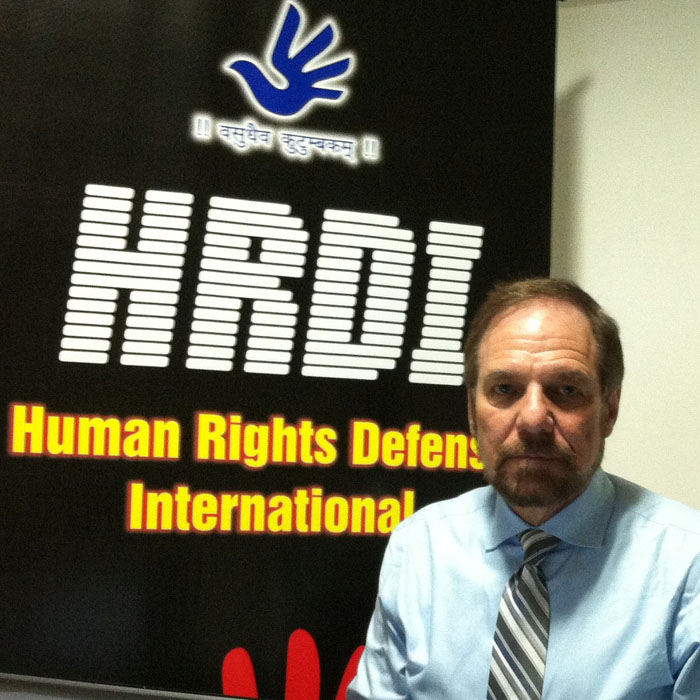 Dr. Richard Benkin is fighting to stop Bangladesh’s ethnic cleansing of Hindus.  Confirming atrocities in South Asia’s remote villages and large cities, he risks his safety to comfort victims, confront complicit officials and jihadis; and spurs action and recognition of this issue. He has freed an anti-jihadist Muslim journalist from imprisonment and torture; forced Bangladesh's RAB to release an abductee unharmed, stopped an anti-Israel conference at an Australian government building, and speaks and publishes worldwide. Dr. Benkin holds a doctorate from the University of Pennsylvania and has founded two human rights organizations.  His book, A Quiet Case of Ethnic Cleansing: the Murder of Bangladesh’s Hindus, is in its second printing.

Take a look at Pakistan where Hindus are down to one percent or Kashmir where they are almost gone. Take a look at the future of Bangladesh’s Hindus if we do not act...

In Bangla Desh, Hindus who are religious minority there, are facing ethenic cleansing at the hands of Jihadi extremists. The Human Rights groups world over are trying to provide immidiete relief as we.....

Hundreds participated in a rally to protest the violations of the free-speech rights of students by the faculty of the university at Wharton. A parade was organized outside the event conducted by the Wharton India Economic Forum which rescinded ..