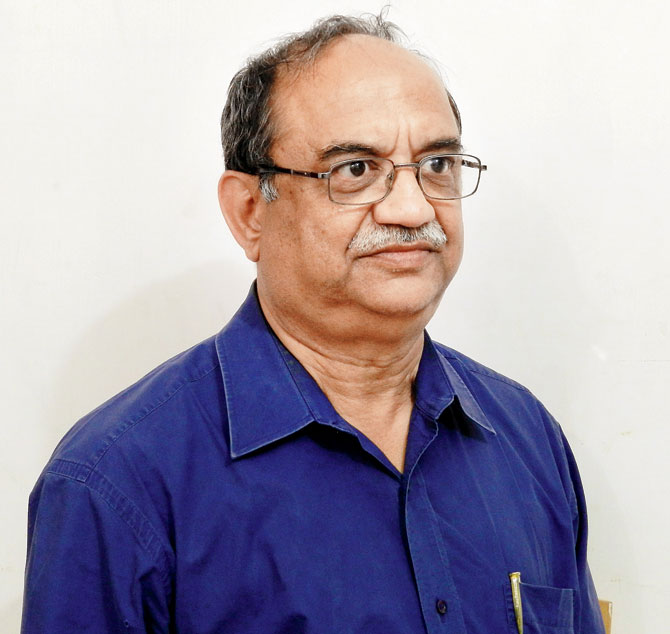 Dr Sanjeev Kelkar is a well-known diabetologist and former Director of Education and Awareness at Chellaram Diabetes Institute. He has served as Director of Care Community Health and Wellness Program, Care Foundation; Medical Director of Novo Nordisk Education Foundation, and Senior Research consultant in the Depatt of Internal Medicine at CIIMS, Nagpur.

He is best described as an institution-builder, an excellent trainer, an educational technologist, a wizard at project management a nd a gambler with his life. He had worked at a medical service project in rural tribal area in karnataka for 11 years. The excellent second-level referral hospital that he created was for him a laboratory to develop models to address the numerous needs of rural health care.

After a stint at the CIIMS Hospital, Nagpur, he gave up medical practice and joined a multinational pharma giant as their education director. Duringhis six year tenure with them he trained numerous medical postgradutes in diabetes with extraordinary results.

Giving up medicine for the last several years, he devoted himself to the political and literary writing. His seminal book 'The Lost Years of RSS' earned him a place in political commentators. This book deals with the comperative study of the leftist-socialist, centrist and particularly the right-wing politics in India is an altogether differnt interpretaiton to the conventional wisdom.

CIA is a chronic congenital liar. It can twist and deface anything for some nefarious motive or the other across the world. What credibility has it if it awakens in 2018 to tell us that such an attempt was made in 1950s?..

The author infers that the Muslims in India are the descendants of Hindu ancestors and as such they are Hindu Mussalmans...

It is a psycho-cultural study from different segments of life, particularly arts of India. To also mention briefly, the basis of these explanations is rooted in what is called by Carl Gustav Jung as the Archetypal Memory of a race...

“Modi, Muslims and Media, Voices from Narendra Modi’s Gujarat”, is an honest search of a perceptive journalist, sociologist and a sensible feminist. ..

The recent decision of US President Donald Trump has come under severe criticism at home. The author analyses the decision vis-a-vis situation in India...

The author tries to find out and explain the dualism in living and monotheism in idea. ..

The third and the last article in the series deals with Atrocity Act and its use and misuse...

These silent marches are one of the most spectacular events in the history of Independent India. Hundreds of thousands have participated in this spectacular event that however, sent some disturbing echoes...

The recent killing of terrorist Burhan Wani and its aftermath are nothing but war against India. India will have to come down with a heavy hand to curb terroism if it wants to win this fight...

This is the second in the three--article series by the author to impress and underline the fact that Indian Muslims belong to the great Hindu tradition and cultural heritage. ..

Everybody, including the BJP, RSS and the Parivar were astonished at the magnitude of the victory, the extensive territory over which it happened, the margins in many places in two states that cannot be more different than each other, Maharashtra ..

You will not go to harm if you lower the reflex shield of your suspicion and the metropolitan guard in believing this story. We need more such stories to once again start believing in the man making machine Dr Hedgewar invented...

If Muslims can accept the bloodthirsty Dualism of Shias and Kafirs and Dar Ul Harb why can they not accept this sober Dualism? ..

In this hullaballoo of noteban, two key measure made into law on 1st November 2016 have not even been noticed. They are the restrictions on Benami Transactions and the Real Estate Regulation Act the RERA. Both are linked to each other...

In the second article of the series, the author discusses the issue of reservation and its impact on the society..

A short analysis on PM Modi’s reference to Baluchistan, PoK and Kashmir..

Javed Naqvi, Delhi-based Correspondent of Pakistan's widely published newspaper 'Dawn' has tried to draw a parallel between former RSS Chief Golwalkar and US Presidential candidate Donald Trump. For the sake of records and falsehood not getting ..

What happened after Burhan Wani was killed is 1000 times more important than the killing...