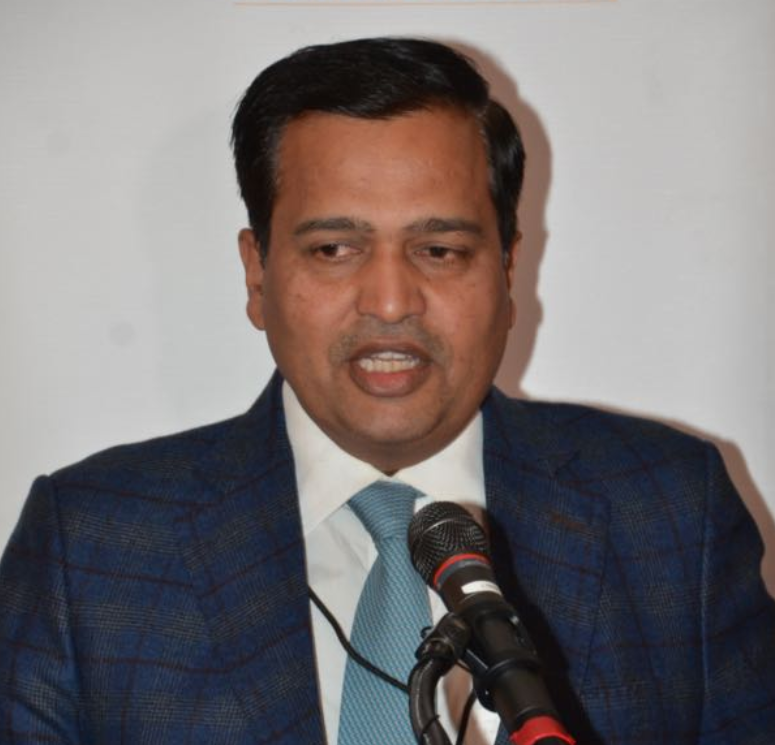 Vaibhav Dange is an Advisor in the National Highways Authority of India, Ministry of Road Transport & Highways. He had a rare privilege of being Private Secretary to Union Minister of Road Transport, Highways & Shipping, Government of India between 2014-19. Usually, the post of Private Secretary is manned by the officers of civil services that is IAS. Earlier, he worked as Deputy Director at FICCI, where he was responsible to coordinate with central and state governments on the issues related to investment promotion and policy reform, etc. He had also been involved in investment promotion events of state governments such as Vibrant Gujarat, Destination Madhya Pradesh, and Resurgent Rajasthan.

Vaibhav holds an MBA degree from Amaravati University, Maharashtra with major in Financing. He has also successfully completed course in “Japanese Managment Practices” at Tokyo, Japan sponsored by AOTS Japan. He joined Centre for Bharatiya Management Development an organisation incorporated for promotion of Indian economy in the overall framework of Indian values and needs. CBMD was an organisation in the making in 1999 and Vaibhav was instrumental making it pan India organisation within a short span of 6 years with branches at more than 13 places.

He also is associated as Member and on Advisory Committees of various trade and management organisations in the field of Management, Sustainable Mobility and Green Energy. Have presented various policy recommendations and papers at various levels. Specially to mention paper presented on Bio Diesel Program at a Conference at Rashtrapati Bhawan in the presence of Former president Dr. A P J Abdul Kalam and was included in the proceedings of the conference. He has delivered more than 100 lectures on economic issues at various industry associations, chambers, and academic institutions across India. Have developed various management-training modules for SME, Tiny & cottage industries. Has been conducting training programmes on various management issues such as Basic management for SME, understand your Market, Marketing and Selling. Price is Policy and so on. Recently attended refreshment course on Transport Modelling and Planning at University of New South Wales, Sydney, Australia.

It is an accepted fact today that, the present government does not shy away from big tickets reforms. Be it Financial sector, Agriculture, Insurance, Import, Export or Transport. Government has announce Vehicle Scrapping Policy during this year’s ..

The latest standoff between India & China on the Line of Actual Control (LAC) has brought focus on the Border Roads Organisation - BRO. ..

The budget session of parliament begun on Friday with President’s address to both the houses of parliament. With presentation of Economic Survey, FM has started the process of presenting Budget for the year 2021-22. Budget is an important event ..