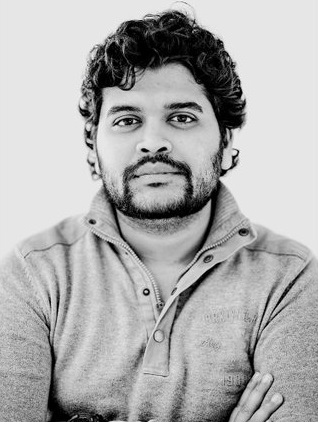 Dr. Chaitanya GIRI, PhD, is a Technology Strategy Analyst with focus on the role of deep science and high-technology, particularly space technology, in national hard power strategy, diplomacy, and statecraft. He has worked as planetary and astromaterials scientist for nearly a decade. He has a PhD in Astrochemistry from the Max Planck Institute for Solar System Research in Germany and the University of Nice in France. Formerly a scientific crew member of the European Space Agency’s Rosetta mission to comet 67P/Churyumov-Gerasimenko.

He is a recipient of several fellowships and awards, including the 2014 Dieter Rampacher Prize of the Max Planck Society for the Advancement of the Science, Germany; the Rising Star Award 2015 of the Ruia College Alumni Association; and the 2016-2018 ELSI Origins Network Fellowship by the John Templeton Foundation, USA.

The book I am reviewing here is a heavy chronicle at almost 1.5 lakh words. No, that is not a deterrent to reading it. Those who have seen the Rashtriya Swayamsevak Sangh (Sangh hereafter) closely and lived listening to its marvelous anecdotes and ..

Building the highest-altitude university in the world in sindhu valley ..

Can Rocketry At Last Herald ‘Science’ in Indian Cinema?..

The Union Budget presented to the parliament yesterday must be a special one for the Department of Space (DoS). Special because it is the first financial allocation to DoS in an extremely crucial decade for the global economy, the first after the ..

It will be foolhardy to think that as 2020 comes to an end, India’s views and concerns about its scientific output are as they were in 2019. So, what changed in 2020? Where science was largely considered as an instrument of India’s soft power in ..

For decades, setting up an industry in India was an arduous undertaking. The ‘anti-industry’ sentiment stemmed from the enormous Soviet-style red-tapism, the insatiable politico-bureaucratic nexuses, the askew environmental regulations as witnessed ..

India has become the fourth country – after United States, Russia and China – to inch towards operationalization of scramjet-based hypersonic vehicles. ..

The Group of Seven (G7) countries have escalated their long simmering techno-economic feud with China and its allies. They are prudently exercising strategies based on their suspicion about the latter’s deliberate miscommunication during the early ..

This op-ed attempts to evaluate the complex and labyrinth-like issue into understandable bits to prevent chaotic interpretations stemming from the innocent fondness for ISRO and social-media overthinking devoid of comprehensive scrutiny...

Japan's former Prime Minister Shinzo Abe's vision that he expressed in India's Parliament's haloed halls in 2007 has finally been realized. ..

The global COVID-19 pandemic has made a far-reaching impact on India's economy in the past ten months. The pandemic brought India's discrete research and development (R&D) infrastructure into the eye of an economic storm suddenly...

The IISF caravan faced a mammoth health security challenge in 2020 due to the COVID-19 pandemic. This, however, was no reason to skip the much important expo. To keep the flame of vijnana (science) burning, the IISF patrons decided to take the expo ..

The U.S.’ sway on the international interest for human presence and operations on the Moon has been reiterated with the initial success of its Artemis Accords. Eight of U.S’ strategic partners – Australia, Canada, Italy, Japan, Luxembourg, United ..

India is responding to the Chinese aggression on the entire Indo-Tibetan landmass, spanning from the Wakhan Corridor to Arunachal Pradesh, through various means. Our democratic social and mainstream media has begun reporting on the strategic conflict ..