Dr Hedgewar: A perennial source of inspiration for humanity 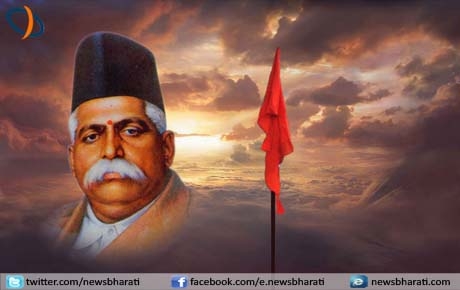 Dr Keshav Baliram Hedgewar, the founder of Rashtriya Swayamsevak Sangh (RSS) was not only a born burning patriot, but also a great son of Mother Bharat who descend on this material world to guide the future generations. How do we measure one’s greatness? Which are the criteria that can be applied to scale the height acquired by the visionaries like Dr Hedgewar? They may be many such criterion but the one that comes to my mind finds its mention in late Sri Dattopant Thengdi’s monumental treatise titled “Karyakarta”. In that book he refers to his dialogue with some of his Communist friends in the Rajya Sabha during 1966-68. During the discussion Thengdiji’s Communist friend from Kerala posed him a teaser as to when was ‘his’ RSS founded. There intervened Sri Balchandran Menon, another Communist friend of Sri Thengdiji. He asked his Communist friend “when did Nehru die?” “In 1964”. “How popular was he at the time of his death”? Menon shot another question to him. “Well, Nehru was one of the most popular leaders of the Third World after Marshal Tito and Naser”.

Then Menon asked Thengdiji “When did Dr Hedgewar pass away?” “In 1940”. How popular was he then? “Not much except in Central Provinces and some other areas”, replied Thengdiji. Then Menon asked the Communist MP as to how many people would sacrifice their lives for the cause and ideology Nehru practiced, propagated and preached all through his life. The response was not very encouraging. The same question was posed to Thengdiji who said that there are hundreds of thousands who would gladly sacrifice their comforts and even lives for the cause of Dr Hedgewar even today. Then Menon said that the greatness of any leader can be measured by only one criteria and that is the LENGTH OF ONE’S SHADOW ON FUTURE.

Here lies the greatness of Dr Hedgewar. The organization he founded on the Vijayadashami in 1925 grew not only in statistical terms but it has spread to every section of the society, every nook and corner of the country encompassing all the facets of socio-economic-political and cultural life of Bharat today. And it is still growing. The recent figures tell us that the RSS has over 55,000 branches all over the country with a daily participation of over 50 lakh swayamsevaks! The devoted, dedicated and compassionate swayamsevaks are running a whopping 157,000 service projects in urban, rural and remote inaccessible areas of the country and serving the brethrens of Hindu society. Not only this, the organization has spread to over 40 countries outside Bharat and even there is an e-shakha being run from Finland where swayamsevaks from 26 countries participate.

The colossal growth of RSS has surprised many, some perceiving it as threat to their political power, some taking it dead against the Muslims and Christians; the media both print and electronic did not get tired of projecting the image of RSS as a militant, anti-minorities and even involved in terror activities in the recent past. But in spite of this there are millions others who look at RSS and think of it as a live force of patriotic, devoted and dedicated nationalists and a fountainhead of national renaissance.

What is the secret of this monumental growth and strength of RSS? What is the source of inspiration to hundreds of thousands of its dedicated swayamsevaks who sacrifice everything mundane at the altar of the motherland and plunge themselves in the service of the society?

That one and only one perennial source of inspiration is none other than the sterling life of Dr Keshav Baliram Hedgewar himself! He was the very personification of his mission of uniting the Hindu society dissolving all its differences of caste, creed, religion, language, regional aspirations by inculcating the strong nationalist, common civil character in it. He lived every breath of his life for the Sangh and its growth till he breathed last on June 21, 1940 at Nagpur. In that short span of 15 years, Dr Hedgewar could succeed in taking the RSS to an all-Bharat level which he acknowledge in his last discourse to the participants of the 1940 Third Year Officers’ Training Camp (OTC), as they were known then, at Nagpur.

A Born Patriot: Dr Keshav Baliram Hedgewar was born on Varsh Pratipada of Bharateeya New Year and incidentally on the First Day of April 1889 heralding the new awakening in the Hindu society.  The sparks of patriotism flew from his firebrand personality from the very childhood; be it digging up a tunnel from his teacher’s house to Sitabuldi Fort to unfurl the Bhagwa Dhwaj or throwing in the dustbin the box of sweetmeat distributed on the diamond jubilee of coronation of Queen Victoria or opposing the infamous Risley Circular by chanting Vande Mataram braving rustication from the school! Dr Hedgewar’s each and every action had this patriotic fervor. Later when he went to Kolkatta for Medical Education, he became an inside member of Anusheelan Samiti, an anti-British revolutionary group. Though he later on dissociated himself from such groups, he continued to help the revolutionaries fighting for the freedom of the motherland. After coming to Nagpur he joined the Congress and plunged himself in many other social and political activities in the region.

During the 1921 non-cooperation movement Dr Hedgewar courted arrest. He was tried for seditious activities. In the court he made his own defense by making a very fiery speech. The judge was so awestruck that he commented that his defense was more seditious than his actions. Hedgewar was a staunch follower of Lokmanya Bal Gangadhar Tilak. He worked with the Congress till 1937, a period of 12 years after he founded the RSS by holding several positions within the Congress. For him the Congress then was the only forum and instrument to achieve the freedom of the motherland. But the talk of Hindu-Muslim unity as precondition for freedom and short-cuts to achieve the same disillusioned him about the efficacy of Congress. 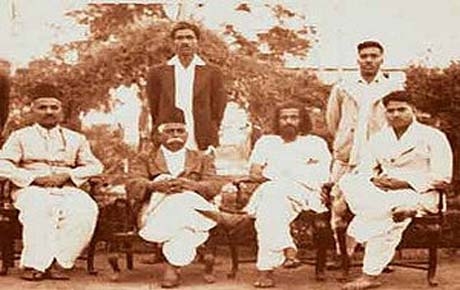 The only fact that disturbed him most was how could a small number of British people managed to rule over a country as vast and ancient as Bharat. He started looking at the root cause of this malady and after much deliberations, thinking and study of the society, came to the conclusion that the fault lies not with the foreigners but with the Hindu society. He believed that the Hindus are the nationals of great and ancient country called Bharat or Hindusthan and they will make or mar its future. No other can do this. And this Hindu society was well divided in various sects, castes, creeds, religions, sampradayas, and languages and so on and so forth. It was said then that organizing Hindus was as difficult as weighing frogs! Such a disorganized and divided community could not react to any insult heaped on it by foreigners. Such a society should first be organized and awakened to make the country free from the foreign yoke. The Hindus who are the nationals of this country would have to mend their ways first to strengthen itself. A united, organized leadership with character, a body of people who would work hard and throughout their lives for the society, keeping the welfare of the society above all their personal ambitions and aspirations, submerging their self for the larger aim was all that was necessary to resurrect the Hindu society from the slumber it had delved deep into on account of these differences and divisions.

Thus was born the Rashtriya Swayamsevak Sangh or the RSS! 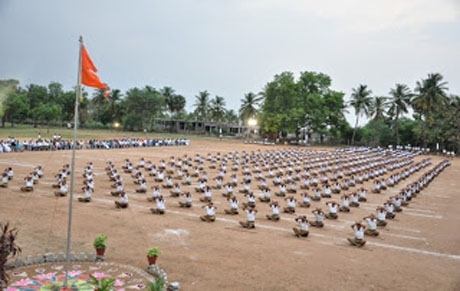 At present, the RSS has become a source of all positive energy in the country and even abroad. People look at the RSS as harbinger of hopes, bright future and good days for all the people. The ascension of Bharatiya Janata Party (BJP) to the seat of power at the centre and in many states has strengthened this hope further. The worldwide response to a swayamsevak Prime Minister Narendra Modi’s appeal for International Day of Yoga only endorsed this hope and confidence people repose in RSS.

It is a happy coincidence that IDY is being observed worldwide on death anniversary of RSS founder.