Multi-dimensional message of the International Day of Yoga

Yogi Aurobindo about 70 years ago proclaimed: “India is rising, nay she has to rise. India has to teach the world the mantra of peace and happy life and this is possible only through spiritualism and yoga”.

And the unprecedented massive global response from 191 countries that participated in the International Day of Yoga only endorsed what Yogi Aurobindo had prophesied seven decades ago. 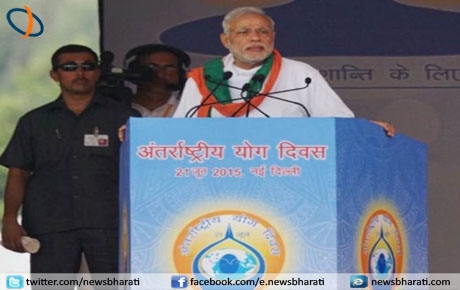 Sunday June 21 will go down in the history of humankind as unique day. For India this is nothing short of the ‘Red Letter Day’. The entire world, bowing to the wishes of India’s Prime Minister Narendra Modi, offered voluntary participation in the International Day of Yoga. In the history of Independent India, this is the first such event that the world accepted India’s supremacy in Yoga.

From Bangkok to Brussles, from New York to Tokyo, from Beijing to Sydney, from Delhi to London people from all religions, faiths and traditions participated in this greatest event of the year endorsing the role of yoga in achieving perfect union of body, mind, intellect and spirit.

Prime Minister Narendra Modi while addressing the UN General Assembly in September last year made an appeal to observe the International Day of Yoga to make the world violence-free and peaceful for the humankind and also ensure safety of the biodiversity. The UN passed a resolution in December 2014 with the support of 177 member countries and decided June 21 to be International Day of Yoga every year. 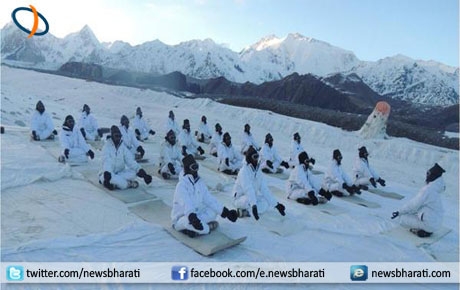 From the perspective of yoga, the Summer Solstice marks the transition of Sun from Uttarayana to Dakshinayana, according to ancient Vedic Calendar. According to Vedic books, it was the day when Lord Shiva, first taught Yoga to his disciples. The knowledge of Yoga first descended from Shiva on this day. We can say, June 21 as the birthday of Yoga. This is the reason why several yogic preachers had advocated celebrating June 21 as the International Day of Yoga.

The world at present is restive, mainly because of the uncontrolled desires and unbridled greed of the humankind. Mahatma Gandhi used to say that the nature has enough to fulfil the needs of the humankind but not enough to satisfy their greed. How prophetic the Mahatma was! But the world did not pay any attention to him and continued on with exploitation of nature to fulfil their desires and satiate their greed. This led to tensions, conflicts, violence and terrorism resulting in loss of peace, tranquillity and calmness of mind and ambiance of the environment. No part of the world is free from conflicts, violence, and unrest and the world leaders are at loss to find any effective measure to put a full stop to this madness.

At such a critical juncture, it was Indian Prime Minister Narendra Modi who ventured to offer a lasting and effective solution to end all these maladies gripping humanity. Hence, the proposal of International Day of Yoga was accepted by such a large majority. 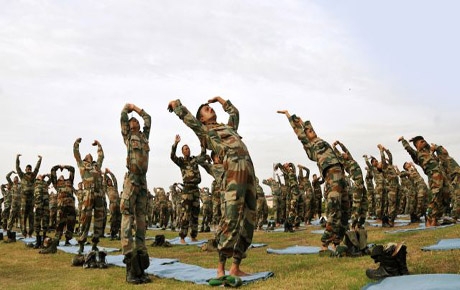 And more surprising was the spontaneous support of the 177 countries across the globe to this proposal. This endorsed the fact that the humankind was in search of a solution to all these problems. Any amount of riches, all sorts of gadgets, high quality of scientific progress failed to buy peace of mind and tranquillity of spirit, the world was looking with great hope to India. No sooner than Modi put his proposal, the world community happily and eagerly accepted the same.

The participation of millions of people from 191 countries of the earth in this mega event only underlined the faith they reposed in the efficacy of this ancient Indian wisdom of achieving physical health and mental peace and spiritual happiness.

This is the first and foremost message of the International Day of Yoga. That India has this to offer to the global community and that this is the only way that can achieve a perfect balance of body, mind, intellect and spirit and thus ensure global wellbeing and tranquillity.

Participation of millions, nay billions of people professing all faiths in this exercise also underlined the universal appeal and approach of the Indian system of Yoga. It is true that yoga originated in India thousands or even millions of years ago but it is meant to be universal. It has never claimed that it can provide remedy to only those who follow a particular faith or way of worship. No, never. The participation of large number of people across the globe only endorsed this universal appeal of the yoga. This is the second message of this event.

Minister of External Affairs Sushma Swaraj had very correctly described yoga as India’s ‘soft power’. There is no incident in the annals of human history where Indians (Read Hindus) invaded any country in the world and imposed their way of life on its people. It is also true and historically recorded fact that Hindus had relations with almost all the countries of the world and their interaction with the local populace only enriched their traditions and life values. This yoga day and the massive response to it only corroborated this fact that this system has the potentiality to enrich the life style by making useful value addition to the ethos and life values of these countries. This Indian ‘soft power’ can overtake the materialistic ‘hard power’ of these countries and lead them on to the path of peace and progress, liberty, equality and fraternity. This is the third message of the day of yoga.

A voice of dissent over this event was raised at home by some ‘secular’ politicians and rabidly communal Muslim clerics. They viewed this as ‘imposition of Hinduism’, ‘extension of RSS’ Hindu agenda’ and ‘bulldozing the religious freedom guaranteed by the Constitution’ and so on. Some ‘loyal than the king’ media houses too joined their chorus. But, the myth was busted by the true, practising Muslims in India who not only supported the event but also brought out a booklet depicting closeness of yogic postures to the process of namaz. The book titled “Yoga aur Islam” and prepared in consultation with Muslim intellectuals and religious personalities with the initiatve of Muslim Rashtriya Manch (MRM) a social reformist movement amongst the Muslims, was formally released by the Union Ayush Minister Sripad Naik on June 17, four days before the mega event seeking to put at the rest the controversy sought to be created by these leaders. Hundreds of such programs were held all over the country to release this book dispelling misgivings and misconceptions among the Muslims in India. Senior and saner Muslim leaders and clerics attended and released the book urging people to do yoga for better health of body and mind. Participation of large number of Muslims in yoga day event nationally only proved these so called self-styled contractors of the Muslims wrong.

At the global level, as many as 47 Islamic countries including the members of the Organization of Islamic Countries (OIC) not only supported this proposal but also participated in the event in their respective countries thus totally blasting the myth that yoga is anathema to Islam.

However, some Christian organizations like the Catholic Bishops’ Council of India (CBCI) tried to oppose the event under the pretext that Sunday was the religious ‘Holy Day’ for Christians and as such celebrating yoga day on that day would tantamount offending their religious feelings. Some others tried to emphasize that yoga is a Hindu system and Christianity does not have place for such practices. But they forgot that their messiah Jesus the Christ himself was the yogi of a very high order and many a Christians in Indian state of Kerala practice ‘Suryanamaskar’ and christened the exercise as ‘Yesunamaskara’. The participation of millions of Christians worldwide in this event further took the wind out of their sails and people rejected their view totally. Thus, yoga is the practice ensuring total wellbeing of humankind irrespective of religious beliefs and practices was the fourth message of this yoga day. 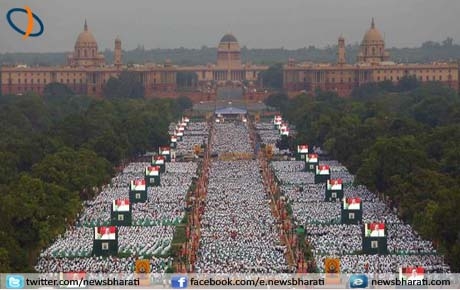 The political opponents of BJP and Narendra Modi tried to distract public opinion on this issue with the help of their media friends. The leaders of Congress, All India MIM, AIMPLB, Milli Gazette, Communists, and some secularists, spared no chance to brand Narendra Modi’s endeavour as ‘anti-minority’ and pro-Hindutva RSS agenda. But the people were not in a mood to listen to them. They were so enthusiastic and happy to participate in the event that would take the pride of their country to a newer height which they never expected. The public ignorance was so powerful, that it forced the Congress president, vice president and others to leave this country a day before and hide their faces lest they cast their evil eyes on the event.

The honour and pride of the country is of paramount importance to the people of India and anyone trying to undermine it would have no place in this land was the fifth and most important message of this International Day of Yoga.

This act of Prime Minister Narendra Modi and his government would take India to the position that it enjoyed once –the position of a world leader – Vishwaguru, and there is no doubt about this. Do you believe or not?