Did the ‘Missile Man’ have advance warning about his impending death? 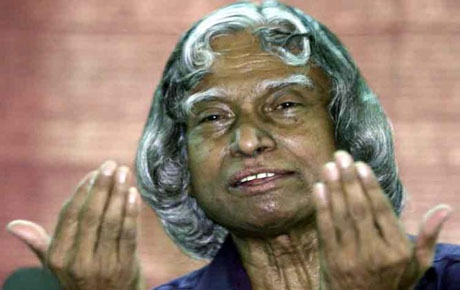 From what he wrote in the prologue to his latest book titled ‘Transcendence-My Spiritual Experience with Pramukh Swamiji’ it can be inferred that Dr APJ Abdul Kalam, the Missile Man of India had a premonition about his journey beyond the death.

This book was published in May 2015 and on 27th July he breathed his last in Shillong in harness. Dr Kalam writes in his prologue to the book: “By the time I reached my home at 10 Rajajai Marg in Delhi after meeting Pramukh Swamiji on 11 March 2014 it was almost midnight. I had dinner, took a stroll around the 200-year-old Arjuna tree in my garden, and went upstairs to retire after a hectic day. My security guard gave me a good salute and I bolted my door from inside. 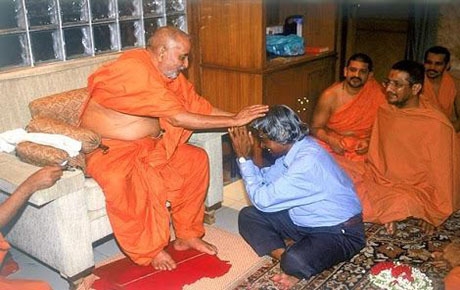 “For the last fifty years I have nurtured the habit of reading a good book from my sizeable personal library built over five decades, before going to sleep. On this particular night, I randomly searched through my bookshelf. Suddenly and almost inexplicably 'The Book of Miradad' an allegorical book of philosophy written by Lebanese author Mikhail Naima came to my hand. It was published in 1954. Though I had it in my library all along, somehow I had never read it.

“I sat down on my bed and started reading it”.

‘In the milky mountains, upon the lofty summit known as Altar Peak, stand the spacious and sombre ruins of a monastery once famous as the Arc. Tradition would link it with an antiquity as hoary as the Flood… I was filled with peace. A strange tranquility enveloped me. I was not asleep for I could hear. I was not awake, for I could not move my hand....’

‘Arise, O happy stranger. You have attained your goal’, I heard a voice say.

‘Who brought me here?’

‘He whom you met today’. 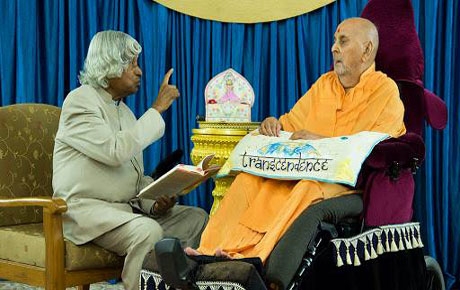 ‘Are you then Pramukh Swamiji? But you speak. He did not’.

‘To bring a smile to our world. You are the blessed one into whose hands I should deliver the sacred book to publish to the world.’

‘The book that would show humanity the way out of the maze of words.’

‘That the world has lost its smile and locked itself in the knots of the “I” and “Mine”. Your world has become a world of barriers and fences and the “I” creates the poles and the barbs that divide them. Humanity is suffering and shredding itself. Kalam, write to break the barriers, overcome the fences and dissolve the divisions created by the “I”. Write ‘Transcedence’.

He was a secular leader in the truest sense. He used to meet and discuss issues with spiritual leaders on a regular basis. 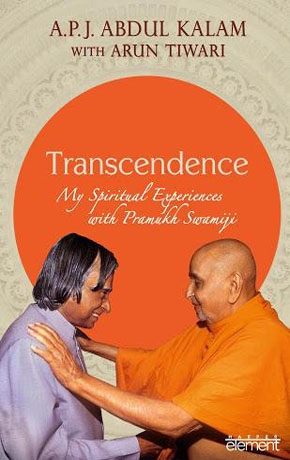 It is difficult to believe that Dr Kalam with his co-author and pupil Arun Tripathi completed this book published by Harper Collins in May this year and that he would pass away two months hence, almost as if to fulfill a divine mission. Dr Kalam may have been a great scientist but he was also the seeker of truth as is revealed in Transcendence. Great souls live on long after they have left this earthly abode. (Inputs from Shillong Times)