Guru Purnima, or the full moon day in the Hindu month of Ashadh is celebrated in Bharat and Nepal and also by Hindus all over the world as mark of reverence and respect towards their teachers in spiritual and academic realms. 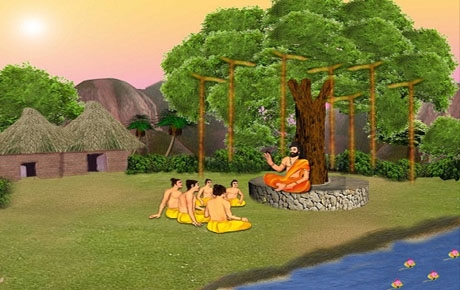 Honouring Gurus or teachers has been the oldest tradition of the Hindus who consider Lord Mahadeva or Shiva, the one amongst the divine trinity, to be the Aadi Guru (First Teacher) of humanity. But traditionally, the day is more associated with the legendary rishi of the yore Krishna Dwaipayana ‘Vyasa’ who composed the monumental historical record of Mahabharata titled as ‘Jay’.

Vyasa was the son of sage Parashar and fisherman’s daughter Satyavati and a contemporary of Lord Krishna. He did the yeoman service by gathering all the Vedic hymns available in his times and divided them in their rearrangement in four parts based on their use in religious rites. These four divisions of the Vedas were named as Rig, Yajur, Sama and Atharva which Vyasa taught to four of his disciples – Paila, Vaishampayana, Jaimini and Sumantu. This monumental work of dividing and rearranging the Vedas earned him the honorary title of “Vyasa”. He also arranged the Puranas and histories enshrined in them. 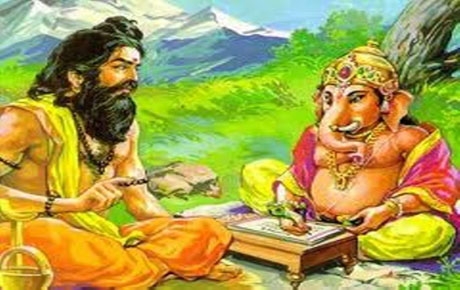 In the yogic and spiritual realm the Guru holds the key to an individual’s journey to the realisation of the Supreme Reality. An individual’s spiritual sojourn is not completed without the guidance of his guru. Even the divine incarnations like Rama and Krishna had to stay at their Guru’s Ashrams to learn the steps necessary in fulfilment of their mundane and spiritual life. In historical context we find the famous Guru-Shishya pairs of Chanakya-Chandragupt or Samarth Ramdas and Shivaji Maharaj and of course Ramakrishna Paramhamsa and Swami Vivekananda.

The scriptures say that the Aadi Guru or the First Teacher, who appeared before the seven men in the hoary past, gave them a simple preparatory step after they persisted and closed his eyes. The seven men began to meditate on what their Guru told them as days, weeks and months rolled on. It was after 84 years of sadhana, on the summer solstice marking the advent of Dakshinayana, that their Guru bestowed upon them the knowledge and mechanics of life. These seven men became the “Saptarshis” or seven sages who in turn took this knowledge to the world.

Sacred in spiritual tradition: The event of Guru Purnima is considered more sacred in the spiritual tradition because the Adi Guru opened up the possibilities for a human being to evolve on the conscious and subconscious planes with the help of their individual gurus. Thus came the saying in vogue ‘Guru bin gyan na hui’ i.e. no knowledge can be acquired sans a Guru. It is the Guru who introduces the disciple to the Ultimate Reality or God. Thus, saint Kabir says: Guru Govind dou khade ka ke lagu paay, Balihari Guru aapno jin Govind diyo batay. (When Guru and God both are standing in front of a person, he his perplexed as to whose feet he should first touch. But it is the Guru who made him realise the God, so the Guru is more important.)

Guru Pujan or reverence to Guru is a common practice in all the sects and religious traditions. In Bharat, it is prevalent amongst the Buddhists, Jains, Sikhs, and many other sects. The Buddhists observe on this day Uposatha i.e. eight precepts like Vipassana, Varsha Vasa, etc.

Importance of spiritual guru: Hindus attach paramount importance to spiritual gurus. Gurus are often equated with God and always regarded as a link between the individual and the Immortal. Just as the moon shines by reflecting the light of the sun, and glorifies it, all disciples can dazzle like the moon by gaining from their Gurus.

This day is of deep significance to the farmers, for it heralds the setting in of the much-needed rains, as the advent of cool showers usher in fresh life in the fields. It is a good time to begin your spiritual lessons. Traditionally, spiritual seekers commence to intensify their spiritual 'sadhana' from this day.

The period 'Chaturmas' ("four months") begins from this day. In the past, wandering spiritual masters and their disciples used to settle down at a place to study and discourse on the Brahma Sutras composed by Vyasa, and engage themselves in Vedantic discussions. 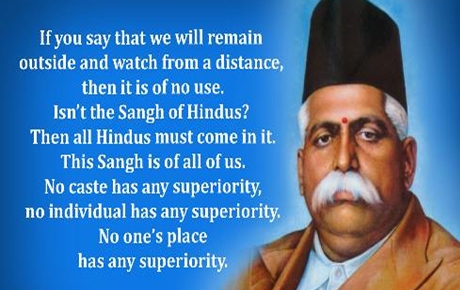 After he founded the RSS in 1925, Dr Hedgewar one day told the swayamsevaks that they would be celebrating the Guru Purnima in their shakha. Everyone was contemplating on who the Guru would be? Some felt that they would have to offer obeisance to Dr Hedgewar. But when they all gathered next day to their surprise they were asked to pay obeisance and offer their ‘daxina’ at the Bhagwa Dhawaj!

Dr Hedgewar explained his concept and told the gathering of swayamsevkas that the RSS does not accept any individual as ‘Guru’ or preceptor because, any individual, however great he might be, is fallable and fallible. Besides, an individual is not immortal. Bhagwa Dhwaj is immortal; it arouses the inspiration for sacrifice. The moment we look at this flag, the entire history, culture and tradition is unfolded before our eyes. The RSS has decided to place this eternal Bhagwa Dhwaj as its Guru and preceptor and does not wish to accord that status to any individual.

Bhagwa Dhwaj as nation’s guru: The first guru pujan program was held in 1928 and offerings made then amounted to Rs. 84 and some annas. Today, this amount has soared to some crores of rupees offered selflessly by millions of swayamsevaks as offering to Bhagwa Dhwaj. Not only this, thousands have offered their lives for the RSS drawing inspiration from this Bhagwa Dhwaj. 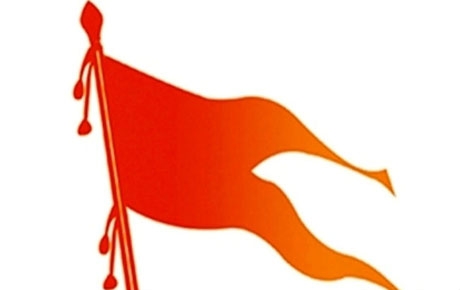 The RSS firmly believes that the society is eternal. There may be individuals who have attained great heights in their lives and who happen to be inspiration to millions, but they are not eternal. The RSS aims at organising the entire Hindu society by arousing in them the nationalist and patriotic feeling and fervour. And what better source of inspiration could be other than the Bhagwa Dhwaj to instill and inculcate this sense of nationalism, patriotism, renunciation and sacrifice?

Therefore Dr Hedgewar used this prevalent religious ritualistic concept and transformed it into an instrument of nationalist movement. His intention was to instil and inculcate feeling of dedication and sacrifice for the society. An individual derives all his energies, wealth and prosperity from the society and in turn owes back to it. He should think of the society as living God and worship her offering the best he can.

This is true Guru Puja in which one merges one’s ego into the larger social ego clearing his way towards the Ultimate Reality. Guru Pujan on the occasion of Guru Purnima expands this vision of an individual and removes all the negative attitudes and trends from his person making him a fittest and qualified worthy servant of the society. 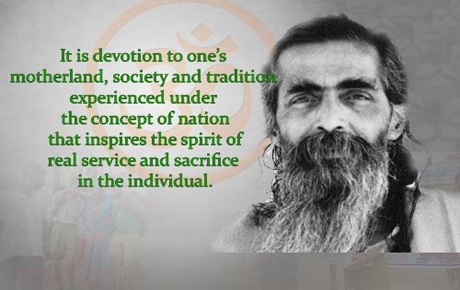 The life of his successor Sri Golwalkar Guruji was equally an ideal for all.  He was initiated in to the tradition of Ramakriashna Mutt and Mission. He was deeply interested in individual spiritual sadhana and concept of Moksha. He was inclined to go to the Himalayas for this purpose. But instead he dedicated all his life in the service of the society. He inspired thousands to follow the path of sacrifice and service to the society.

As RSS Sah-Sarkaryawah Sri Bhagayya said this dedication and sacrifice the feeling of oneness and unity can be injected into the society. Today, the RSS swayamsevaks run lakhs of service projects to create this feeling in the society. Generating awareness for positive life values alone would make the society strong to face the evils of consumerism, and materialism. Therein lies the true meaning of Guru Purnima and Guru Pujan.