Towards new future in Nagaland and North East

“Today, we mark not only the end of a problem, but a beginning of new future in Nagaland”. Prime Minister Narendra Modi aptly described the historic agreement between the Government of India and the National Socialist Council of Nagaland (NSCN-IM) reached Monday evening. The agreement not only put an end to violence and bloodshed but paved the way for development of the entire north-eastern region of India. The NSCN General Secretary T Muivah signed the peace pact on behalf of his organization bringing the six decade long insurgency in the border state. 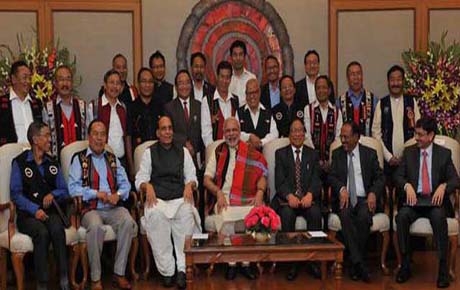 Nagaland occupies a special place and space in the Indian geo-political context. The Nagas share cultural relations with rest of India since the hoary period of Mahabharata. Uloopi, the consort of the archer Pandava- Arjuna belonged to this region. The British annexed the region of Assam in 1826 following the famous Yandaboo treaty. In 1881 the Naga Hills tracts were incorporated into a district of Assam and thus Naga Hills came under the British Occupied India.

Meanwhile, the Christian missionaries started their proselytizing activities in Assam and the first Naga was converted around 1860. Now we have nearly 80-85 per cent Nagas converted to Christianity. The missionaries did not only convert them to their religion. They planted the seeds of separatism in their psyche. They also instilled in them anti-India and anti-Hindu feelings thus provoking them to take up arms against the government. When the Simon Commission visited India, they were told by the Naga leaders to leave the Nagas alone to determine their future according to their customs and traditions. Even Mahatma Gandhi had supported their demand for “Independent Nagaland”. If the Nagas did not want to live with India, I will not force them”, the Mahatma had said then.

It was Naga Club that first raised its voice of separatism in 1918. Most of the leaders of the Naga Club were converted Nagas. Their slogan was ‘Independent Nagaland’ and ‘Nagaland for Christ’. The Naga National Council (NNC) came into existence in 1946 under Angami Zapo Phizo. The NNC conducted referendum in 1951 securing support of 0ver 90 per cent Nagas for the ‘Independent Nagaland’. 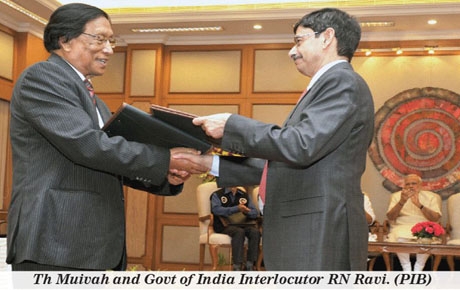 However, that did not work. The NNC took up armed struggle with the Government of India in under the leadership of Phizo who had by then set up the Naga Federal Government (NFG) in 1952. The Government deputed army to tackle the insurgency. Meanhwile, socialist leader Jaiprakash Narain, Assam Chief Minister Bimala Prasad Chaliha and Rev. Michael Scott made some significant efforts for establishing peace and ending insurgency but those were shot lived. Their peace mission failed in 1967 mainly because of the covert support of Rev Scott to the Naga insurgents. When the Government came to know this Rev Scott was expelled from India.

In 1960 separate Nagaland State was carved out of Assam’s Naga Hills and NEFA’a Tuensang districts but that did not satisfy the supporters of Independent Nagaland. This led to insurgency and counter-insurgency in 1967. The NNC split in 1975 bringing in the National Socialist Council of Nagaland (NSCN) under the leadership of T Muivah, Isak Chisi Swu and S S Khaplang which intensified its fight for Nagalim State that included Naga inhabited areas of Assam, Manipur, Arunachal Pradesh and even Myanmar.

The NSCN too split in 1988 with Khaplang section parting ways with NSCN (IM) faction. Phizo, the father of Naga Insurgency died in London in 1991 and the NSCN became so powerful that it came to be recognised as ‘Mother of all insurgent movements in the north east India.

The dialogue with NSCN (IM) began with the initiatives of the then Governor M M Thomas, a prominent Church functionary in the 90s. The first meeting with the then Prime Minister P V Narasimha Rao was held in Paris on June 15, 1995 with the NSCN leaders Muivah, Swu and others. Rao’s successor Deve Gowda had a meeting with then in Zurich in 1997 and Prime Minister Atal Bihari Vajpayee met them in 1998. A seize fire agreement was signed between the NSCN and Government on July 25, 1997. Nearly 80 rounds of talks preceded the ceasefire pact. 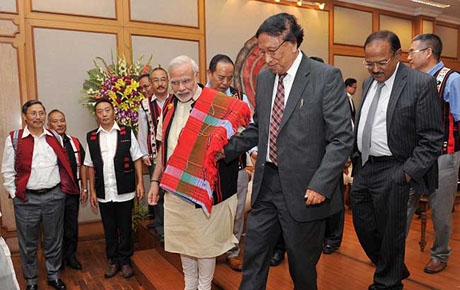 The NDA approach of reconciliation:

The credit of winning the confidence of the Naga people goes invariably to NDA’s first Prime Minister Atal Bihari Vajpayee who displayed his admiration for the ‘unique’ history, culture and tradition of the Naga people. First Prime Minister Jawaharlal Nehru had visited Naga Hills on March 30, 1953 only to be greeted by boycott of his function by 5000 Nagas as he rejected their demand for independent state. With the exception of Morarji Desai, no Prime Minister had visited Nagaland. Vajpayee was therefore, greeted by the Nagas with hope and confidence.

Vajpayee had then said “It is true that of all the states in India, Nagaland has a unique history. We are sensitive to this historical fact. But this uniqueness has in no way diminished the spirit of patriotism among the Naga people. We have inspiring examples of patriot Jadonang, who became a martyr and Rani Gaidinliu. Who can forget that in critical times of wars in 1962, 65 and 71 Naga underground organizations did not fire on Indian army? They showed restraint. I would also like to acknowledge the sacrifices of jawans from Nagaland during the Kargil war”, he said.

Unfortunately Vajpayee did not get the second term and the clinching of Naga accord lingered on for over a decade. That unfinished agenda of Vajpayee was now completed by his disciple Narendra Modi.

Modi’s admiration for the Naga People:

Narendra Modi did not hide his admiration for Naga People. In his speech on the occasion of signing the accord he complimented NSCN for maintaining ceasefire agreement for two decades with a ‘sense of honour’ that defines the great Naga people. 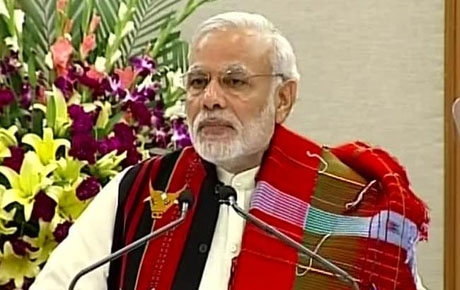 Referring to his deep relationship with the North East Modi had mentioned how he is ‘impressed’ by the rich and diverse culture and unique way of life of the Naga People which made India and the world as the most beautiful place.

Lamenting the delay in resolving the Naga problem which had taken so long because ‘we did not understand each other’, Modi blamed the British for ‘isolating and insulating’ the Nagas from the Indian society deliberately. He also blamed the successive governments of independent India for following the British legacy of ‘divide and rule’. This made us to look at each other through the prism of false perceptions and old prejudices, he said.

Peace, Security and economic development of the sensitive north east region have been the highest priorities of Narendra Modi government under his “Act East” policy. He not only appointed a interlocutor for the talks with NSCN, but made two visits to that state after becoming Prime Minister.

The agreement between the NSCN and Government of India is a shining example of what can be achieved with the spirit of equality and respect, trust and confidence. Modi was perfectly right when he described this moment as beginning of a new future which will not only heal the wounds and resolve problems. There is an assurance from the Government side that it would be a partner in restoring ‘your pride and prestige’.

His prophetic words for the leaders and people of Nagaland must have assured them beyond doubt that Modi really wanted them to march on the path of peace, progress and prosperity. In turn they will contribute in making India a stronger, more secure, more inclusive and more prosperous nation.

Promise of peace to region:

The historic pact with NSCN (IM) will usher in an era of peace in the entire north eastern region. It was well known that all the insurgent movements in different states of north eastern region drew their support and sustenance from the NSCN which provided them logistic and ideological support. Now with this agreement, this support is sure to end.

Secondly, apprehensions were raised on the issue of Greater Nagaland or Nagalim State demand. But this seems to be a distinct possibility as it involves other states of Arunachal Pradesh, Manipur, and Assam and even a neighbouring country of Myanmar. Thus, redrawing the boundaries and reshaping the map of the region is not an easy task and the Naga leaders are well aware of this difficulty. Accepting this would mean opening of Pandora’s Box for the region.

The Khaplang faction of NSCN did not participate in this agreement signing process. There has been enmity between the two factions of NSCN with the Khaplang faction having more base and support in Myanmar than in India. This faction breached the ceasefire agreement with the government and took up to armed struggle once again. The attack on Manipur border killing 18 Indian soldiers was planned by this faction.

A look at this agreement would tell us that this could be achieved decades ago. But it took time for favourable situations to expedite the signing of this pact. The Naga leaders were assured about the honesty and sincerity of Modi Government in ending violence and initiating peace process in the state. Isak Chisi Swu played an important role in this deal. He was not present at the signing ceremony due to indisposition. Prime Minister specially mentioned him and acknowledged his contributions. Modi said, “I wish that Shri Isak Swu, who played a leading role in reaching this agreement, was present today. He could not be here because of poor health. I wish him speedy recovery. Just as his contribution to this agreement has been huge, his guidance will remain crucial in the times ahead.”

With the terms and conditions of the accord get clear and peace process gains momentum, the other states in the region will vie for peace, progress and prosperity paving the way for implementation of Modi’s “Act East” policy.