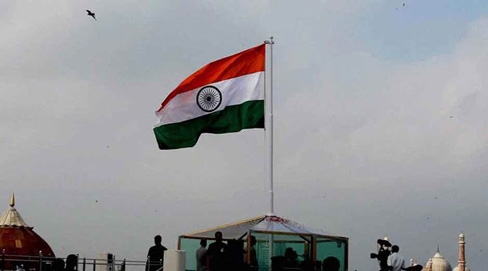 I am reminded of famous 18th century English poet William Cowper who composed a poem in praise of his country. It reads like this:

“England with all thy faults, I love thee still--

My country! and, while yet a nook is left

Where English minds and manners may be found,

Shall be constrained to love thee.”

I cannot refrain myself from comparing William Cowper with Asaduddin Owaisi and all those who belong to his tribe (should I say traitors?) who take pride in not saying ‘Bharat Mata ki Jay’.

We have adopted the democratic system from the British, who ruled over this great country for over two centuries with the help and assistance from such tribe of traitors, but we failed in imbibing their patriotism and love for the nation.

When the Chinese were intruding in our territory in Aksai Chin, did not our own Prime Minister then say: “What if they (Chinese) are building roads there. Not a single blade of grass grows there”. He even bade a goodbye to the people of Assam in the wake of Chinese aggression saying “My heart goes with the people of Assam”. The same Prime Minister also offered our own territory of Berubari to the erstwhile East Pakistan and later the island of Kacchatiu to Sri Lanka exhibiting the same mindset of considering the nation as a just a piece of land and not a living, organic entity.

It is the same mentality that considers India not as motherland but simply a geographical entity inhabited by diverse people speaking different tongues, professing diverse faiths and representing diverse nationalities. They believe that it were the British who brought all these diversities into one nation called India that was born on the midnight of August 15, 1947. Prior to that date, there was no nation called by any name existed on this territory. 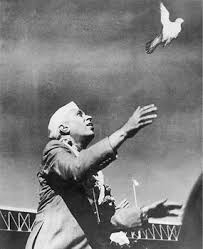 Such wrong, unfounded notions of nation and nationalism made them declare “We are a nation in the making”. On Independence Jawaharlal Nehru said very proudly: “Long years ago we made a tryst with destiny... At the stroke of the midnight hour, when the world sleeps, India will awake to life and freedom.”

This new nation was born leaving far behind its age old culture, heritage, traditions and customs. The people were told to respect their diversities of caste, languages, religions and professions. But never were they asked to inculcate love for the motherland. Never were they asked to imbibe their and celebrate their “Indianness”. The happenings in JNU, Jadavpur and Hyderabad universities, the threatening utterances of people like Owaisi, the violent attacks in Kerala on RSS workers all stem from the same absence of the true concept of a nation. This is the greatest failure of our leaders, educators, planners and policymakers. The country is paying for their mistakes now. Owaisis and Kanhaiyya Kumars; Yechuris and Rahul Gandhis are the fruits of this criminal neglect.

Even if one agrees to birth of Indian nation during the British Raj, those who said, “We are a nation in the making” failed to make people of this country believe in that Indian nation and imbibe Indian nationality, uncompromising love and dedication to its land and people. This is where we fall apart from what William Cowper said representing the feeling of an average Englishman. That’s why I said, we accepted and adopted the Westminster model of democracy but failed to imbibe their spirit of nationalism and intense love for the country.

Let us take the example of the USA. This nation is not very old. It is just over four hundred years history of the European people going there in search of new pastures and wealth, settling down there and forming themselves into one nation called the United States of America. Even today, people from different countries of the world go there, study, do jobs and many a times seek US citizenship. But then they have to show respect to the American national heroes like George Washington, Jefferson and so on. They are not given citizenship and accepted as members of the American society so long as they refuse to respect the national heroes.

Against this reality, consider India and Indian people. Probably, we are the only people in the world who squarely abuse our own books, scriptures, heroes, traditions, festivals, and religions. We take pride in deriding our national icons like Sri Ram, Sri Krishna, Shivaji, Swami Vivekananda and Mahatma Gandhi. We honour and celebrate persons like M F Hussain for showing the Hindu gods and goddess in most objectionable positions, depicting them as mere sex objects, and insulting ‘Bharat Mata’. We tolerate people like Kanhaiyya Kumar, Umar Khalid for shouting slogans of breaking India, freedom from India, we allow professors like Nivedita Menon who teach how India has ‘enslaved’ Kashmir, Nagaland and Manipur. There is no end to this list. And it is all happening in the name of democracy, secularism, and freedom of expression granted by the constitution of India that was born on August 15, 1947! 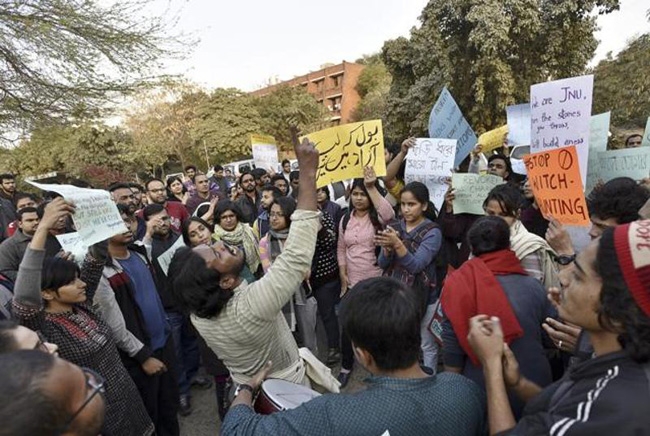 Then there are the Communists or Socialists who believe that India is not a nation but a conglomorate of nationalities and sub-nationalities and each one of them has the right to secede. Right from the formation of Communist Party they were advocating this. During the Congress regime these communists and socialists have occupied important positions in the print and electronic media, educational institutions like JNU and NCERT and polluted the minds of the generations of students with this theory of theirs. During the last one decade, these Communists were virtually in command in all these institutions that dominated the intellectual discourse in this country.

There is another school of thought that believed Bharat was an ancient nation whose beginning cannot be traced in the annals of history. This was the divine nation that extended from the Himalayas to the ocean stretching from Iran to Indonesia and from Kashmir to Kanyakumari to Sri Lanka in down south. Its culture and traditions, customs and rituals, religions and sects all aimed at one highest objective of ‘Lokah samastah sukhino bhavantu...’ (Let all people be happy). It was this culture that was truly secular, democratic where individual rights were protected and freedom of expression was ensured by the political system for ages. It was the same culture that gave shelter to the persecuted Christians who landed on the Malabar Coast in the first century. The King was Hindu, his subjects were Hindu. Yet they welcomed these Christians, gave them land to settle, to construct their church and allowed them to profess and practice and preach their religion. As a result today, we have Christianity as one of the major faiths of Indian people.

“They were followed by the Muslims. Again the King and his subjects were Hindus. Yet they granted shelter to them, gave them land to settle, allowed them to build their mosques, and granted them freedom to profess, practice and preach their faith. As a result we have Islam as another major faith of Indian people.” 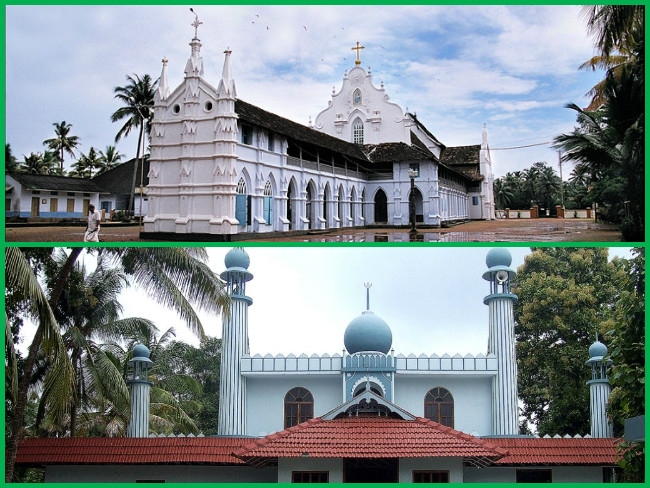 Both Christianity and Islam have their origin outside India. It is, therefore, quite normal that they look to either Vatican or Mecca for their religious and spiritual guidance. But unfortunately both these religions were used as political ideologies and tools of imperialism in the later years. This process is still continuing. This is the harsh reality however unfortunate it is. But this imperialistic mindset developed over the centuries by the followers of these two religions does not allow them to accept India as one nation and as their motherland. Owaisi is the latest example of this mindset.

Most of the Christians and Muslims in India are the descendents of their forefathers who at some point of time in the history got converted to these faiths from their original religion which was essentially Sanatana or Hindu. But for this conversion, they share the same DNA, same ancestors, same culture, language, customs, traditions etc. with the majority Hindus. However, it has become a fashion in our country to denounce, degrade, and defame whatever is Hindu. Those who believed in and upheld this Hindu identity of the country also faced the same treatment. As Prime Minsiter Narendra Modi had said this habit of denouncing has cost us very dearly in the eyes of the global community, but we have not learnt any lessons, it seems.

People like Owaisi, Kanhaiyya Kumar, Sitarm Yechuri, Umar Khalid, Nivedita Menon, et el, need to be told in the most plain words that this is one country-one people and one nation. This is the Indian nation, if they prefer to call it. Anything deriding it, any words denouncing it, any action defying it and any speech insulting this great nation will not be tolerated at any cost. There will be absolutely no compromise on the issue of upholding the pride of this great nation for it is not just the piece of land, it a living entity. 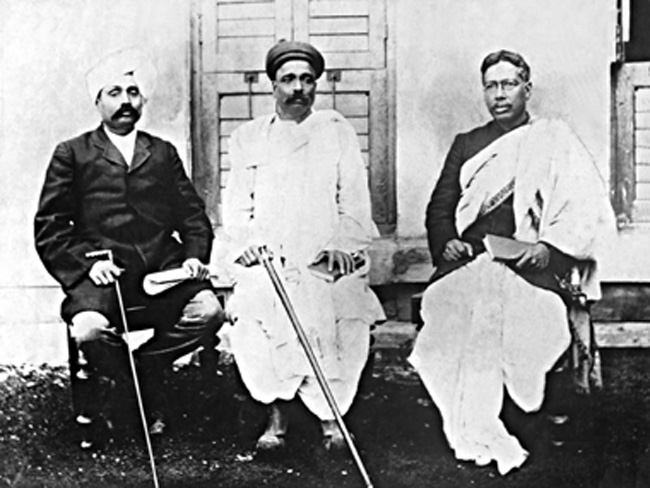 Great leaders like Rishi Aurobindo, Swami Vivekananda, Mahatma Gandhi, Dr Hedgewar and M S Golwalkar alias Sri Guruji have vouchsafed it time and again. What William Cowper said for his country, we Indian need to imbibe that towards our motherland for, we are the only people in the world who regard and revere our country as ‘Motherland’. Respecting the mother and motherland is the most primordial duty of every Indian, Owaisi included. And if they don’t understand this, then they have no place here.