1975 Emergency: A story of Congress’ tyranny 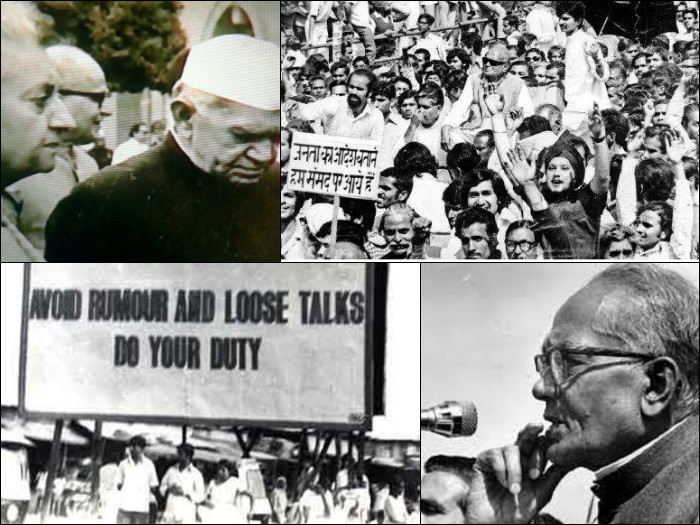 Prime Minister Narendra Modi mentioned the days of Emergency imposed by the then Congress government headed by the first prime minister Jawaharlal Nehru’s daughter Indira ‘Priydarshini’ on intervening night of June 25-26, 1975 and reminded people how their voice was muzzled and their rights including that of right to life were withdrawn by the draconian rule.

On the other hand, the Delhi Chief Minister Arvind Kejriwal was accusing Narendra Modi of adopting a dictatorial attitude to ‘deal’ with the AAP leaders and creating an emergency-like situation by arresting their MLA from the press conference.

When Kejriwal made such accusations against Modi, he most probably appeared to be ignorant of what happened during the ‘real’ emergency in 1975. Like him, the young generation born after 1975 is also ignorant about the suffocating atmosphere created under the pretext of ‘discipline’ during the emergency. The youngsters of today enjoy ample freedom even in criticising the government and passing derogatory remarks against the Prime Minister on various social media platforms without getting them censored.

Suppose they had to get every SMS cleared, each Facebook post pre-checked and each twitter comment approved by the government before posting them on the respective social media, how would they respond? They would laugh at such a suggestion.

But this was the reality for those who had lived 41 years ago to witness the censorship imposed during the 1975 emergency by the Congress government. Not a single word could see the light of the day unless it was cleared by the government appointed censor. The editorial columns many times went without a word and editors preferred to keep them blank than to toe the line of the censors and compromise with their principles.

What was the necessity to impose emergency 41 years ago? What had happened then that warranted such a drastic step?

The Congress today finds itself caught in a catch-22 situation on the issue of emergency. It cannot fully defend the imposition of emergency neither can it completely dissociate itself from it. It was true that the inflation was at its high and prices were skyrocketing. The students in Gujarat and Bihar were restive and agitating against the government under the leadership of Jai Prakash Narayan.

Jai Prakash Narayan or simply ‘JP’ in his 70s, challenged the Indira Government for pursuing anti-people policies and asked her to step down. Meanwhile, encouraged by the victory of 1971 war and independence of Bangladesh, Indira Gandhi went for snap polls securing maximum majority riding on the wave of popularity. But her election was set aside by the Allahabad High Court and disqualified her as Member of Parliament.

Infuriated by the court verdict, Indira Gandhi, and her coterie decided to crush the popular voice by imposing the emergency and made the then President Fakruddin Ali Ahmed to sign the decree of emergency on the intervening night of June 25-26.

And then began the game of midnight knock and arrests of prominent opposition leaders. Organisations like the Rashtriya Swayamsevak Sangh (RSS), Jamaat-e-Islami, were declared unlawful and banned. Thousands of their activists and prominent leaders were put under MISA and DIR.

JP’s rally at Ramleela Ground: Jai Prakash Narayan organised a mass rally on June 25 throwing the gauntlet at Indira Gandhi and asking her to vacate the ‘Simhasan’. JP appealed to the people to throw this tyrant government. This rally was addressed by all the prominent opposition leaders including Atal Bihari Vajpayee, Lal Krishna Advani, Madhu Dandwate George Fernandes, and others. The famous line of Rashtrakavi Dinkar “Simhasan khali karo ki Janata aati hai” became the battle cry of this rally. 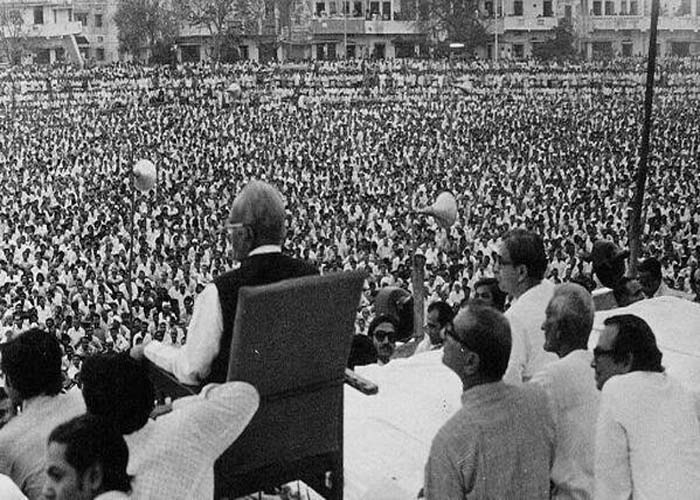 Indira Gandhi was already disturbed by the June 12 verdict of the Allahabad High Court that had nullified her election. She failed to get relief from the Supreme Court even. In such a situation, and against this public discontent getting organized against her, she consulted her legal advisor West Bengal Chief Minister Siddharth Sankar Ray and under the provisions of article 352 decided to impose internal emergency in the country. The Opposition had given a call for strike on June 29. To scuttle opposition move, she chose the intervening night of June 25-26 to plunge the country into the ‘dark night’ of emergency.

The common people were surprised to listen to the Prime Minister Indira Gandhi telling them on All India Radio that ‘Rashtrpatiji had signed the decree of internal emergency but there is nothing for them to worry’.

The fact, however, was exactly opposite of what she had said. The police started conducting midnight raids to arrest prominent opposition leaders and take them to undisclosed destinations. Advani had described this ‘midnight knock’ in his autobiography. Indira’s all powerful son Sanjay and his assistant Om Mehta were busy preparing the list of those to be whisked away to jails from their houses.

Power supply to main newspapers of Delhi was cut off so that no newspaper could hit the stand next day and convey the ‘truth’ to the people. By the time Indira retired to bed on June 26, top leaders like JP, Vajpayee, Advani, Morarji Desai were incarcerated.

And, remember, this was just the beginning. For, the real picture of the tyranny that put the entire country for next 19 months under constant fear was to unfold yet.

Emergency gave unlimited authority: With the emergency, the Congress government amassed unlimited authority that percolated to its lower rung. Emergency meant: Indira Gandhi could continue in power so long as she wanted; Lok Sabha and Vidhan Sabhas would have no elections; no freedom for Press and Media; all rights vested in the government; and, all opposition leaders/workers arrested under MISA/DIR. 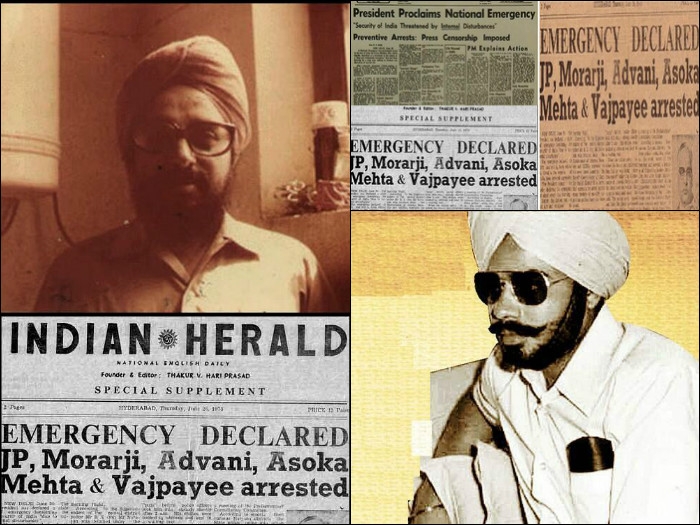 The Indira Gandhi government, on slightest of doubts, arrested over 1.11 lakh innocent people under MISA and DIR. JP developed kidney ailment while in jail. Jaipur Maharani Gayatri Devi was put with criminals in jail and so on. The history is replete with such innumerable examples of Congress government’s excesses during the emergency.

Nationalist organizations like the RSS were banned and their leaders and activists were jailed. But the jailed proved to be learning grounds for the budding politicians. Laloo Prasad Yadav, Nitish Kumar, Sushil Modi et el, are the product of emergency who learnt the most important lessons in public life while they were in jails.

Sanjay Gandhi, Vidya Charan Shukla, Bansilal and Om Mehta were the four prominent leaders under whose advice, Indira was running the country. V C Shukla was made the I & B Minister who imposed strict censor on newspapers and anyone violating that would be put behind the bar.

Not only the media was scared, but the judiciary too was afraid of the emergency effects. The ADM of Jabalpur had said in one of his orders that during the emergency the freedoms and rights of the citizens under Art 19 get nullified and the Supreme Court endorsed it! It was said that under Art 21, the right to life is also suspended and no one would have right to appeal also. The then Maharashtra Chief Minister Shankarrao Chavan had also reiterated what Supreme Court had endorsed.

Sanjay Gandhi, in his whim of beautifying Delhi, razed all the slums of Turkman Gate in Delhi and also forced people for family planning operations. He asked the Youth Congress activists and officers to complete the ‘target’ and they complied by forcing 83 lakh people to undergo this operation in 19 months of the emergency. This was the height of tyranny.

What was the real intention of imposing emergency? What Indira wanted to achieve? Was it because JP had asked the security forces to revolt against the government? Maybe not. Because the idea of emergency took to the roots months before the Allahabad High Court verdict came. Siddharth Sankar Ray had submitted the plan to Indira Gandhi on January 8, 1975, six months before its actual declaration. The plan to impose emergency was hatched in a meeting of the then Law Minister H R Gokhale, Congress President Dev Kant Baruah, Mumbai PCC Chief Rajni Patel, and S S Ray. But this plan was exposed by the Indian Express thus forcing the government to temporarily put it on the backburner.

Indira Gandhi wanted to give a ‘shock’ to the country as she felt that the people were in need of a shock treatment. And the emergency was that ‘shock’ she gave to the country. Her shock treatment converted the entire country a jail in those 19 months. People were living in fear for their life and all the political activity was suspended. The authority was confined in the hands of the bureaucrats and police officers who turned tyrant in their respective areas. 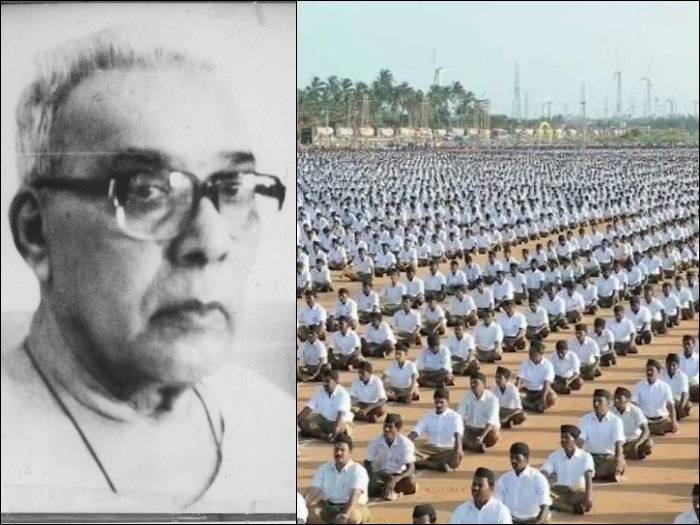 When not a single ray of hope was visible, the Rashtriya Swayamsevak Sangh (RSS) came to the rescue of the people. The struggle launched under the collective leadership of all the opposition parties witnessed the participation of thousands of RSS swayamsevkas who offered satyagraha and courted arrests. As Balasaheb Devras, the then Sarsanghchalak of RSS had said “one man JP and the RSS stood between the dictatorship and democracy” during the emergency and restored the democratic system, rights of the people and their freedom too. But for the RSS it would have been difficult to overthrow the tyrannical regime of emergency imposed by the Congress party.

Indira declared elections on January 18, 1977, and the people showed the Congress its place when polling was held on March 16. The emergency was lifted on March 21 ending the black chapter in the Indian democracy. But it has left behind its memories that are difficult to erase so easily. (Photos:  https://twitter.com/IndiaHistorypic)