Bureaucracy at war from within and with each other! 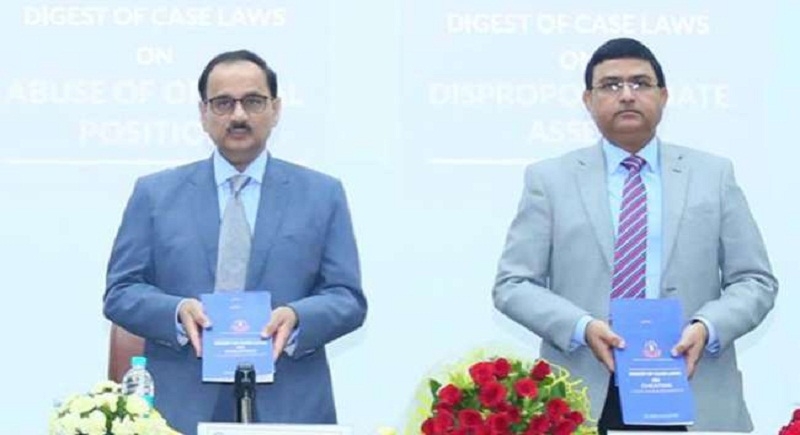 Credibility and integrity of the CBI was at stake due to war between its Director and Special Directors? Also, the newly appointed Director facing tainted record as reported in the media.

And, the Central Vigilance Commission (CVC) jumped into the fray to resolve the crisis in the CBI. Not to be left behind, even the Intelligence Bureau (IB) got struck into quagmire of controversy with its sleuths apprehended by the CBI security personnel guarding the Director’s residence.

Furthermore, the Enforcement Directorate and the Income Tax authorities are conducting raids all over the nation against suspected defaulters.

Of course, all opposition parties are crying foul - “Political Vendetta” - as if all of them are “holier than their rivals” and leaders of highest standards of virtue.

PILs in the courts are piling up as if the judiciary is above board.

Ipso facto, since the days of Indira Gandhi credibility and integrity of not only the CBI but also the judiciary was tarnished. Yet, none made an attempt t to clean the dirty stables. Pliable officers were always available at the beck and call of their political masters.

Throughout history, be it in monarchy or democracy, rulers used criminal and corrupt guiles to grab and retain power. Lord Acton stated: “Power tends to corrupt and absolute power corrupts absolutely…Great (political) men are almost always bad men. …If the people knew what sorts of men statesmen were they would rise and hang the whole lot of them”.

The realities of Delhi - “Dalalon ke Shaher (City of Brokers)”, “Capital of Rapes” and “Den of Vice” - does not augur well for national security interests. How can one hope Delhi, the capital of diseased civilization full of treachery, intrigue and corruption, to ever steer the nation’s course on even keel?

Today, almost all institutions of the state are in disarray due to conflicts from within abetted by their political patrons. Recently, we saw the judges going public to the media highlighting the murky happenings in the Supreme Court. Now, former Justice Chalameshwar as per media reports is all set to join the bandwagon of political party in his home state.

Even the judiciary that enjoys the autonomy of “collegiums” for recommending names for appointment of judges to the Supreme Court and High Courts cannot absolve themselves of accountability for appointed tainted personalities exposed in corruption whilst in service.

Naïve it is to expect the CBI – all political appointees - to fearlessly uphold institutional credibility and integrity.

Ipso facto, political leadership is squarely responsible for all the mechanisms of anti-corruption subverted: JPCs, CVC, CBI, CAG, ED, Courts of Law and so on. Had they been performing their duties without political interference, the rapid spread of tentacles of corruption strangulating the society could have been avoided. Such is the ingenious capacity of the few vested political and bureaucratic interests and their strangulating grip.

Iconic leaders who voiced anguish at the “Dirty State of Politics” in the past includes: M K Gandhi (despair against corruption when he stated, “We seem to have weakened from within. I would go to the length of giving the whole Congress a decent burial, rather than put up with the corruption that is rampant); Dr S Radhakrishnan (urged Nehru to “destroy corruption in high places, root out every trace of nepotism, love of power, profiteering and black-marketing); I K Gujral (termed “corruption - along with casteism and communalism - the principal enemy of the nation and described those who took bribes as the traitors to the country. It is time to punish or perish); K R Narayanan; L K Advani; A B Vajpayee, (principle of zero tolerance will be applied while dealing with corruption that has bred contempt for the law) and others.

In retrospect, all of them have been squarely responsible and accountable for not stemming the rot of corruption and allowing its gargantuan envelopment of society except for high-fly pontification to fool gullible people.

To whom should the responsibility and accountability for rapid spread of corruption be assigned over the past 71 years in all fields and at all levels? Congress Party and corruption are synonymous was a common refrain in the past: 'Kalpatharuvu or Mahavruksham’ of corruption.

Surely, the Congress Party, having governed the State for over 60 years out of 71 years cannot now shed crocodile tears or champion the exposure of murky happenings resulting in the “Crash or Collapse of the CBI, CVC, IB, ED, IT and others”.

India is being swept by the ‘Kaliyug Age of Scams’. In retrospect, India is intellectually a corrupt nation. The divisive ambitions of covetous and cantankerous politico-bureaucratic combine, greedy businessmen, fratricidal faiths and factitious castes have been responsible for the promotion of such a devastating phenomenon or tsunami’s.

Double standards are flourishing everywhere. No room for ethics, morals and values. They have no other objective except corruption. The permanent deepest desire is the desire for security or self preservation - a necessary selfish, aggressive and acquisitive desire in a world where all cannot survive.

Expert analysts have predicted India as a rising economic super power following China closely. It is but natural for the existing crop of entrenched dynamic individuals to manipulate the system to their advantage in pursuit of wealth, social status and power. When the system permits or encourages corruption, why will the few entrenched in the system desist from exploiting it to their advantage. In particular, when there are other new entrants waiting to exploit such opportunities to their advantage.

The story of ‘Dhirubhai Ambani’ empire building was based on exploiting the opportunities of ‘License Raj” regime. If Mukesh and Anil Ambani are continuing with their father’s inherited legacy, none should be surprised about it. After all, the system perpetuates it. Many more ‘Ambanis” are in the making what with India poised to emerge as an economic super power.

Viewed in the context of large number of scandals and scams during the past 71 years, if any political leader claims to be a virtuous person, surely he or she is the worst bluff master to fool people. Most apt is "Sab Chor Hai"!

In retrospect, India is rapidly emerging as the corruption superpower. The clichés that “all are equal before Law”, “Justice delayed is justice denied” and “Law to take its own course” are democratic frauds committed on society to perpetuate corruption in eternity.

If the corrupt roam around unashamedly free, collapse of modern India will be sooner than later as it will be unable to narrow the gap between the rich and the poor.

The “Crash or Collapse of the CBI” and the clash between the CVC, CBI and IB provides both a challenge and opportunity to cleanse the system provided the complete overhaul of the ‘system’ is effectively formulated and implemented without “fear or favor”. If the present ruling dispensation is earnest in waging the war on corruption, it should put all the corrupt leaders, bureaucrats, businessmen, Generals and so on behind bars until they are acquitted by courts. Otherwise, the society can continue to face the wrath of corruption as hitherto fore; and collapse the nation will unable to bear the burden – loot and scoot of Bharatmata.