Ram Mandir at Ayodhya and economy 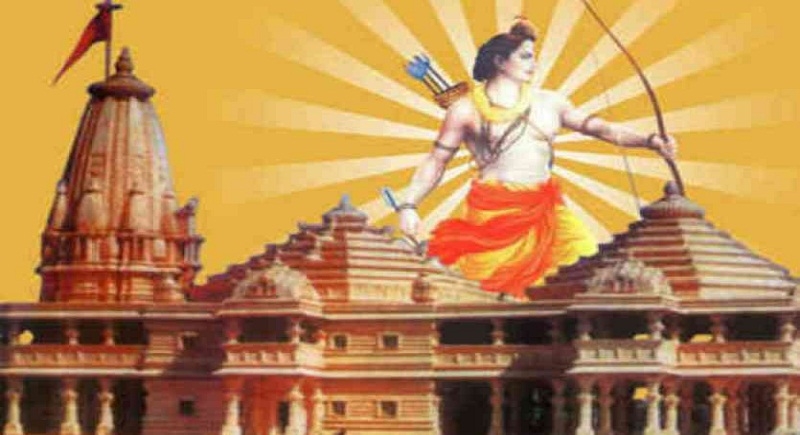 It is important to understand that when the magnificent Ram Mandir at Ayodhya is constructed, the economy of the country too will witness the opulence which Bharat enjoyed from time immemorial and which was lost due to incessant foreign invasions and later colonization by the European nations. Hordes after hordes from foreign lands, for centuries, kept on attacking and plundering this land; the motive was indisputably to loot the riches of this country.

Isn’t it important to know why of all the known civilizations in the world, ours was the most developed and affluent one? As Chanakya had propounded, “Sukhasya Moolam Dharmah, Dharmasya moolam Arthah”, in our culture Dharma and economy both are complementary to each other. Articles of faith play a very important role in shaping all segments of the society like culture, politics and economics; most significantly the last one.

In the aftermath of the World War II, out of the five top world economies, Germany and Japan, were completely shattered. What were the reasons for their phoenix like rise within decades of total destruction? Their articles of faith were their culture and nationalism. Due to their strong national character both the nations despite paucity of resources after the phase of part annihilation, bounced back and demonstrated their resilient nature to the rest of the world.

In our context also, in order to subjugate us politically, economically and culturally, the invaders and colonizers started destroying our articles of faith. Babar was an autocratic ruler of Bharat and had all the land at his disposal where he could have constructed Mosques of his choice. Then why did he demolish the temple of Shri Ram at his birth place in Ayodhya to construct a Masjid? Obviously, he wanted to deliver a message to people of Bharat that he not only had struck down a Dharmic place, he had struck blows to our national consciousness also.

It is a simple hypothesis; if our article of faith was destroyed to hurt us politically, culturally and economically then if it is restored, what will be the cumulative impact on all three aspects of the society? Once magnificent Mandir is built at the site of birth place of Shri Ram, the collective consciousness of this nation will eject out the negativity left by intolerant foreign rulers.

In Yuddh Kand of Valmiki Ramayan, Shri Ram says, “Abhayam sarva bhutebhyo dadami etad vratam mam.” It means, I take the solemn pledge of protecting you from all types of beings. Mere chanting of Ram Nam, turns people fearless. When this nation which is in the process of rebuilding, becomes fearless also, no power on this earth will be able to prevent it from taking its rightful role of becoming a spiritual guru of the humanity.

History stands testimony to the fact that some of the most economically developed nations could not protect their sovereignty because the fear factor allowed their adversaries to overwhelm them. Only fearless societies can withstand arm twisting tactics of others trying to dominate them. In the present context, the developed nations have maneuvered to get the provisions of the WTO and Kyoto protocol heavily loaded in their own favour; even a sanction regime is activated to thwart the economic growth of the developing nations. If such high-handedness of the developed world is not met with resolute actions, our economic interests will be compromised no end. No doubt, the steely resolve and quality of fearlessness will be infused in our national consciousness once one of the most revered articles of faith, the magnificent Ram Mandir be restored at Ayodhya.

People world over used to wonder many a times when they discovered that despite extreme impoverished conditions and state of deprivation, mainly during colonial rule and few decades after Independance, why people of Bharat do not come to streets against their unenviable economic condition and engineer a revolution? Obviously, the rest of the world is not abreast with the spirit of this nation; it derives its power from an age old adage “Jehi vidhi rakhe Ram, tehi vidhi rahiye.” It means, despite performing our karma even if the desired results are not achieved, one has to keep on thanking the Supreme Being for having bestowed us with a human life.

It is certainly not a state of complacency; it is a state of contentment and resilience to perform Karma, is borne out of this state. Disturbed and uncontained minds can never strategize the development of individual or national growth plans. The first President of Bharat, Dr. Rajendra Prasad had displayed the above mentioned adage in the Darbaar Hall of the Rashtrapati Bhawan and his life was an excellent example of an ideal human being.

In truth, Shri Ram has remained our true national icon from time immemorial. His spiritual and social message has been followed by people cutting across religious and caste lines. The concept of Ram Rajya is most suitable not only in political terms but in economic terms also. When the man sitting on the last rung of the economic ladder gets an opportunity to climb up, the overall growth of the national economy will be phenomenal. Inclusive growth is the mantra for long term success on the micro as well as the macro-economic level. The concept of integral humanism has its roots in the philosophy of Ram Rajya.

Shri Ram is called Maryada Purushottam because through his behavior and conduct, he set examples for humanity. His love and compassion for Kevat and Shabri showed that all human beings irrespective of caste, creed, economic or social status, should be respected.

He, after finding that his wife Sita was abducted by Ravan, could have summoned an army from Ayodhya to attack Lanka. But he instead opted to organize a fighting force from amongst Vanvasis; it exemplifies his exceptional organizational skills. In order to reach the land of Lanka, Shri Ram’s army had to cross the ocean. He demonstrated his management skills by delegating the job of construction of the bridge to his able aides Nal and Neel who in turn found the stones which could float on water and created the passage from Rameshwaram to Lanka. Ramsetu demonstrates Shri Ram’s quality of showing indomitable courage in the face of adversity.

Shri Ram was not only an example of benevolence and compassion personified, he left a lesson for humanity in respect of inter-state relationship also. After attaining victory over Ravan, he could have annexed the territory of Lanka to his own Kingdom of Ayodhya. But he handed over reins of power to Ravan’s brother Vibhishan; the legacy continued for thousands of years when none of the Bhartiya kings either invaded other countries or occupied their lands. Imperialist statecraft is never conducive for peaceful coexistence of humanity hence detrimental to socio-economic growth.

Construction of Ram Mandir certainly is going to herald a new phase for this nation. Muslims of this country will have an opportunity to disjoint them from the legacy of the invaders like Babar and reconnect with the national icon, Shri Ram. It is a historical fact that an overwhelming majority of Indian Muslims have common ancestors with Hindus. There were forcible conversions and in order to escape tyrannical levies like Jaziya, the hapless Hindus converted to Islam.

Shri Ram, undoubtedly, is our national icon. Reverence to him has got nothing to do with the way of worship; therefore, people belonging to different faiths and religions should not have any reservation in respecting the Atman of this nation, Shri Ram. No doubt, the construction of Ram Mandir will reinforce inter-faith cordiality. Social harmony, which remains as the foremost imperative for a prosperous economic state, will witness a new era altogether.

Ram Mandir is not a political issue and the fact must be understood by the people of this nation. Those, who do not understand the spirit of Ram Mandir, have already started highlighting it as an election issue. Media debates are being conducted on the basis whether the NDA will be going into the 2019 Lok Sabha elections with Ram Mandir or Vikas (Development) as an agenda. The analogy is wrong at the outset itself; Vikas is inherent in the construction of the magnificent Ram Mandir and is not contrary to it.

Let it be fully understood that Ram Mandir at Ayodhya will not be a place where pujas only will be performed. It is symbol of national resurgence and an ultimate blow to the memory of those invaders who attempted to subdue the Atman of this nation. It will pave the way to attainment of the state of Param Vaibhav (Ultimate glory) for this nation. People of all hues irrespective of religious affiliations will be part of that glory; those who are opposing should see the reason and be a part of national renaissance.