Hinduism should not be viewed through the narrow prism of Marxism 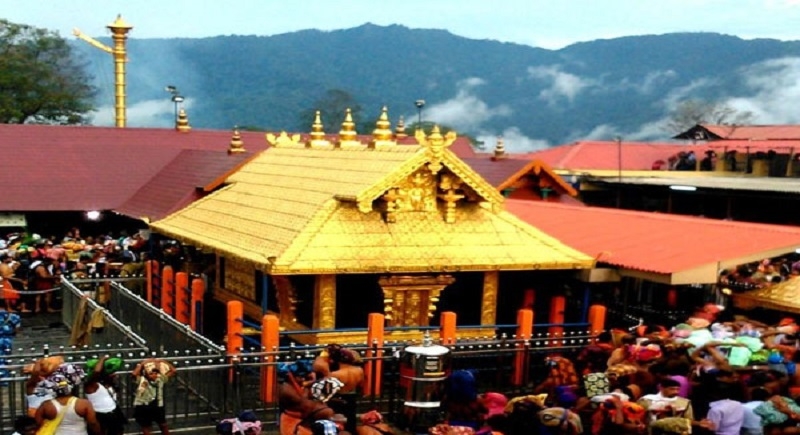 “A little knowledge is more dangerous than ignorance”. And far more dangerous is when that little knowledge is spread in the society being propelled by the fuel of “prejudices”. This write-up is with reference to a number of articles by a certain class of writers published in the mainstream media (MSM). Those articles are intended to rake up the issues in order to push the sacred temple of #Sabarimala of Kerala or Shani Shingnapur or Mahaaxmi Temple at Kolhapur and the culture associated with it, into the mire of controversy. Yes, tarnishing the image of Hinduism is the main goal, thanks to the godless judiciary that selectively picks up the cases and announce the outrageous verdict. Not unexpectedly, some stories published in the print media even proclaim that in India “women” are thus demonized and their menstruation is abhorred.

Having gone through some of them I immediately contacted a number of top scholars in Kerala for hands-on verification --- whether “women” are being despised so heartlessly or not. Since one of my books is translated into their language I did that with all ease. Not a single scholar (women included) informed me suggesting that they, or temple management of #Sabarimala, have ever “despised women”, or hated “menstruation”. I rather got an earful for asking such absurd questions. They instantly reiterated referring to Hindu scriptures which teach all and one to look upon women as “Motherly figures”. One scholar remarks, “this confrontation has actually been orchestrated by the politicians with the help of certain forces which want to demean our culture”. I heaved a sigh of relief!

Indeed all ancient Hindu scriptures put the female on the same footing as the male. But some vested interests with an ulterior motive have been distorting the true history/legends of India and also merrily belittling or shrugging off the literary treasure troves of the country. It was first done by the British in order to divide and rule Indians, in which they were very successful. And later, the legacy has been faithfully and aggressively carried forward by the Indian intellectuals influenced by certain thinkers and writers of the West and their culture.

Well, the seers of ancient India not only knew as information but they “fully realized” that everything, in and out, is pervaded by “Brahman” (Almighty). The modern science too has arrived at the “same conclusion”. The father of Quantum Mechanics -- Erwin #Schrodinger has scientifically discussed this fact in his world-famous book – “What is Life?”. All knowledge associated with the ONENESS of Universe and the “Unity in Diversity” is systematically enshrined in 108 Upanishads. They expounded with a force that “Purusha” (male) and “Prakriti” (female) both combine themselves to put forth the infinite COSMIC CREATION. One without other is like the fire without the heat. They are mutually complementary, inter-dependent and inter-related. The “discrimination” of any kind, not just “against women”, but even against the tiny “insects” and “plants” are considered irreligious. I would also request such biased scholars to read between the lines from the literature authored by Sri #Aurobindo and #Vivekananda who just quote from them to gloss over the footprint of their agendas. One wonders when they will learn to shake off the baggage of prejudices against while getting down to study the literature of the home country.

Now about the legend #Ayyappa of Sabarimala in brief. The story which is long and interestingly too drawn-out, says -- Lord #Ayyappa, who was born out of Lord Shiva and the feminine energy of Lord Vishnu, had exceptional power. His birth on earth was in order to kill a female demon-- Mahishi. After having been killed the demoness, the curse against her ends. She again takes birth, this time the Goddess incarnate. This is laws of karma works. When she grew up she approached Lord Ayyappa for the marriage. But Ayyappa, who was practicing celibacy, denied. But, he consoles her saying that he will only marry her when no “first timer” will visit his temple for blessings. However, Lord Ayyappa asks her to reside just near to his temple. Later, in her memory, the devotee constructed a temple known as Malikapurathamma just adjacent to the temple of Ayyappa.

Since Lord Ayyappa, who was known for his celibacy, and had promised to marry #Malikapurathamma, it has become a sort of a tradition among women not to visit the temple. It should not be misunderstood that it is apparently as a mark of showing respect to both Lord Ayyappa and Goddess Malikapurathamma.

Regarding menstruation, the seers of ancient India set down certain dos and don’ts. It is no exaggeration that they realized the subtle intricacies of not only the tangible body and but also various sheaths of spiritual bodies (five sheaths mentioned in Upanishads). The areas of study are very vast. They caution that a woman during her monthly cycle should abstain from the religious public rituals, but can perform the personal spiritual practice. In fact, contrary to the modern tradition and practice, the seers didn’t “limit themselves” to the personal and public hygiene alone, but they went further, and so taken the “spiritual aspect” into consideration.

Of course, lot many such dos and don’ts are beyond the understanding of we mundane people with limited five senses and “scattered mind”. It is too absurd who interpret that it is a practice of “untouchability”. A medical doctor will never allow you to enter into ICU unless you are well washed. Is not everything there meticulously sterilized? Do you say that the hospital is practicing “untouchability”? I don’t think any mother will allow her children to enter the kitchen and take food immediately after the latrine without washing hands and feet.

Going by such biased articles in the mainstream media intended to denigrate the culture and heritage of the country; and also literary books (who unfortunately receive “Sahitya Akademi” and “Padma Shree” awards), I fervently wish that one should have the deeper knowledge of the subjects. Here the crucial prerequisite is that they must first unlearn false history and start to learn the true history without being weighed down by the prejudices. Moreover, the cosmic ocean of the Indian wisdom is so deep, even it has described many “inconceivable” laws and principles which are seemingly out-of-box and discriminatory. I humbly suggest not selectively picking up a few odds and using them to demean this vast culture of knowledge.

The Vedanta should not be viewed through the narrow prism of Karl Marx and Lenin. Even their favorite master Fredrick Hegel (front ranking philosopher of the west) cheerfully confessed the depth of ancient wisdom, – "It strikes everyone in beginning to form an acquaintance with the treasures of Indian literature, that a land so rich in intellectual products and those of the “profoundest” order of thought". How I wish that a dagger not be wielded by an untrained person or else it will be disastrous!