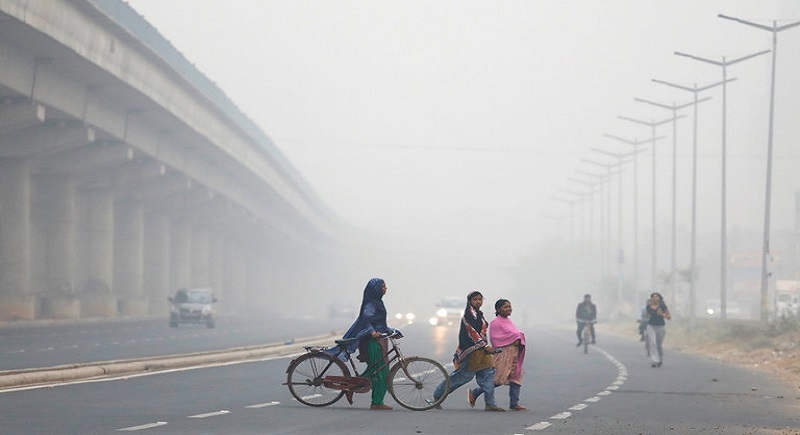 Delhi’s gas chamber scaremongering is a common annual feature with the onset of winter. For media, for the visual media in particular, it provides an opportunity to hammer almost all governments in the North Indian belt to include: Delhi NCR, Harayna, Punjab, Western U P and Rajasthan.

Llike headless chickens, all alike indulge in a high-level pitch of blame games over air pollution.

According to the World Health Organization (WHO) Delhi was the most polluted city in the world in 2014. In 2016 WHO downgraded Delhi to eleventh-worst in the urban air quality database.

In reality, meteorological conditions in the winter - cool air causes “inversions” that stagnant the air and trap pollution close to the ground is the real cause.

Furthermore, air flow patterns from Afghanistan during onset of winters pick up farmers in Pakistan burning the straw in their fields complemented by farmers in Punjab and Haryana burning crop residue and move over the densely urbanized regions and envelop Delhi with smog. Pre-monsoon dust storms also contribute to air pollution in the region.

Of all of them, during the autumn and winter months, some 500 million tons of crop residues are burnt, and winds blow from India's north and northwest towards Sea. According to one estimate, air pollution causes the death of about 10,500 people in Delhi every year.

As per media reports, 20% of air pollution over Delhi is due to stubble burning from agricultural lands of neighboring states. What about the rest of 80%?

Many farmers have stopped using labor due to very high costs after the MGNREG enhanced their wages. And, farmers found the use of "Harvesters" on hire to harvest crops particularly rice and wheat crops all over the country.

When farmers are asked to remove the "stubble" to be used as animal feed (FOR FREE), even then there are no takers.

Recognize all alike in Northern Belt that climatic conditions are quite different in the Indo-Gangetic belt. They need local solutions which are available indigenously like cutting, collecting and rolling crop residue into bales for utilization for variety ‘value addition’ purposes.

Is there a remedy available indigenously? So what if labor is not available for cutting “stubble”? Is technology indigenously available at affordable costs to cut and compress crop residues into bales for use as animal feed?

Let me highlight that “Hay/stubble” - grass, legumes, or other herbaceous plants - can be profitably used for a variety of purposes like as animal fodder, particularly for grazing animals such as cattle, horses, goats, and sheep. Furthermore, there are varieties of methods to convert crop residues into compost and gardening etc. Also, handicrafts are also produced.

So, burning “Hay/stubble” is as good as burning money. Quite often in past, media reports had been highlighting the plight of animals in “Drought Affected” areas. Also, one can see animals eating paper and plastic in cities.

Several types of indigenous farm machinery (Hay Baler) is available at costs varying between Rs.2 to 11 lakhs to cut, collect and compress crops (hay, cotton, flax straw, salt marsh hay, or silage) into compact bales. The most common type of baler today is the round baler. It produces cylinder-shaped "round" or "rolled" bales.

Yet another high value addition usage of “Stubble/Hay” is to convert it into organic compost for agriculture and domestic gardening usage by three methods like aerobic (use oxygen and bacteria), anaerobic (natural process in landfills – not recommended as it produces bad smell) and windrow composting (efficient).

Farmers, who use high-cost “Harvesters” farm machinery, can also use low-cost baler machinery to avoid “stubble burning”. If the input-costs increase on account of balers use, then the fixation of MSP (Minimum Support Price) must be increased proportionately. Alternatively, “baler equipment’ should be made available ‘free of cost’.

Next, the NCR generates 10,000 tons per day of municipal solid waste, much of which is eventually burned, adding particulate pollution to the air besides galloping construction projects and industries. In addition, Delhi has more than 7.4 million vehicles on its roads, with an additional 1,200 added each day and the result is a pollution “hotspot.” 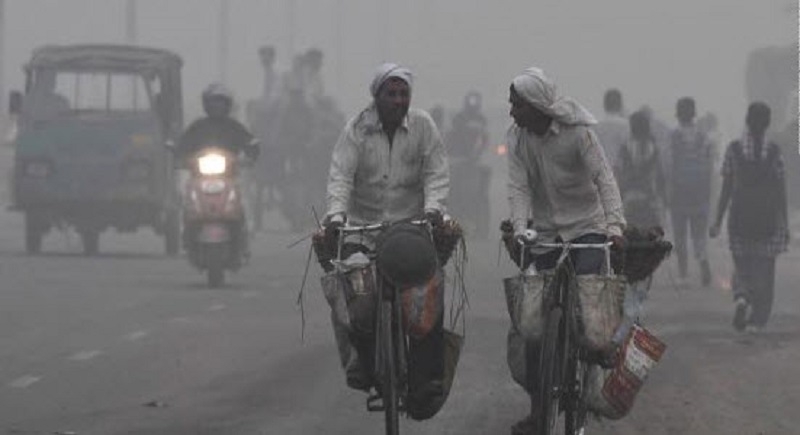 Furthermore, “Solid Waste Management (SWM)” is one among the basic essential services provided by municipal authorities in the country to keep urban centres clean. But, solid waste is disposed at dump yards within or outside the city haphazardly. With rapid urbanisation, the country is facing massive waste management challenge. Over 377 million urban people live in 7,935 towns and cities and generate 62 million tonnes of municipal solid waste per annum. Only 43 million tonnes (MT) of the waste is collected, 11.9 MT is treated and 31 MT is dumped in landfill sites.

Recognize all must, municipal waste – garbage – can also be profitably used to produce both compost manure and even energy. Waste-to-Energy, also widely recognized by its acronym WtE is the generation of energy in the form of heat or electricity from waste. (The process is also called Energy from waste to EfW). Using developing technology, these various methods aim to compress and dispose waste, while attempting the generation of energy from them.

However, the proposal to set up a waste-to-energy plant in Bandhwari village by the civic bodies of Gurugram and Faridabad had on 30 June 2017 for the development of Haryana’s first integrated solid waste management project bided on Output-Based Incentive (OBI) with an Non Government Organization to generate a minimum of 10 MW of power has been stalled by local villagers.

Wake up Delhites and other urbanites? No point in panelists crying hoarse year after year over seasonal air pollution over Indo-Gangetic Plains. What is needed is action plan like use of ‘balers” with each ‘Harvester” in tow to roll the stubble.

No point in imposing “Odd-Even” rule for vehicle usage. After 3 years, now Arvind Kejriwal is voicing his concern about “stubble burning” in Punjab and Haryana.

Finally, I strongly believe that the levels of ‘smog’ and air pollution can only be addressed on a “Holistic” basis in cooperative and constructive manner at political level – Central Government in conjunction with the State governments of Punjab, Haryana, UP, Rajasthan and Delhi. Policies and strategies to mitigate or reduce pollution levels must not only be formulated but implemented effectively including construction activities and vehicle explosion.

Otherwise, there would be no end to repetitive annual political blame games and scaremongering adversely damaging the image of Delhi as a tourist attraction and economy besides human losses and healthcare costs.