‘Padmavati’ and the modern times playboys 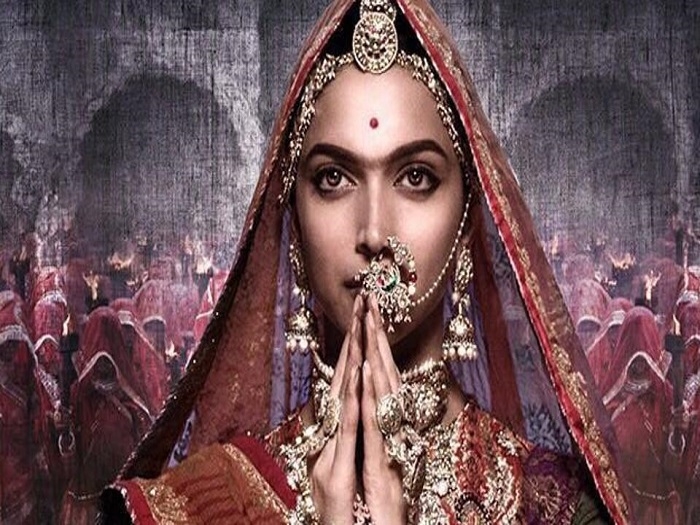 Every community has its own viewpoint on a social issue. That usually varies with the time. What was considered too outrageous some thirty years ago is seen pretty normal now. Why? Then it calls for a serious introspection vis-a-vis the social changes, and our acceptance of lot many things. Well, we love to consume now anything which is seemingly mouth-watering, even though they may cause social indigestion and spiritual anaemia.

No wonder the almost entire educated world condemned the ‘Karni Sena’ or Rajput community because they vehemently resisted a Bollywood film on ‘Padmaavat’. These puritan Rajput folks felt sorely upset because they consider their beloved queen Padmavati in the cinematic screen very sacrilegious. For ages, the queen of Mewar has been held in high esteem, more precisely, as the “paramount pride” of the Rajput, apart from others in the country. What rubbed salt in their wound was when the Supreme Court finally upheld the ‘freedom of expression’ and issued a decree that all states’ governments should ensure the screening of the Sanjay Bhansali's film in their respective cinema halls. It seems the judicatory has almost lost its human perspective by paving way for the evil to rear its ugly head. As expected, this triggered a series of backlashes. The Rajputs lost their sanity as they were later incited by political parties. The Karni Seva, at their worst, went on a rampage. They vandalized the public properties, burnt a vehicle, and pelted stones at a school bus, which was very uncalled for and inhumane too. Yes, historical records also caution us – ‘the fury of inferno and fury of crowds could always be disastrous’ -- which our honorable judges fail to analyze and take the decision sensibly. Who will disagree, when the cherished “pride” is hurt the crowds go crazy!

Phew, freedoms of expression and flagrant entertainment at the cost of the social chaos? Is a “fleeting sense pleasure” of Bollywood more important than the social harmony and peace? This is the height of foolishness. How did our judges earn the academic qualification that they miss to understand the language of humanity? Needless to say, our advanced folks are often heedless to the hostile consequences that could arise due to the clashes of opinions and belief systems and basic human values and ethics. Should the educated and leaders in power not strive to create the atmosphere to strengthen the bond of relationship with those we have been living with for centuries?

I am afraid, these days most of the educated believe that it’s no big deal even if the sharp edge of “mutual antagonism” punctures the social fabric. If any controversial issue, we make it legally justified overnight. Our motive is so narrow, our desire so self-centred. We brutally claim that no one has right to disturb our enjoyment of fun and frolic, be it at the cost the values and belief system of our fellow brothers. This is how we refuge to forgo any short-lived entertainment. In order to meet this ‘demand and supply’, we have a swarm of our skilfully crafty people who churn out a whole lot of titillating cinemas, even by inviting the voluptuous stars from Canada and USA, and serve them to us hot. The endless smutty acts of Sunny Leone have long pushed hundreds of millions into the gutter of pornography. Its adverse effect will be more visible after five to ten years from now. But against such depravity we are silent. If ever any protest from any front we will cry to the hilt in their defence. Who else can defeat us? Our defensive vocabulary has been well enriched by the ‘freedom of expression’. We have at our disposal the invincible media and techno academia to bang the table!

Look at how we have come out victorious. The film ‘Padmaavat’ got released. And, we all have enjoyed the despotic invader being glamorized here, and many of us have now been applauding this “brutal playboy” through our write-ups. This is how we justify anything outrageous and feel like we are the modern times Khilji!

Now let’s get down to the reality of the matter. At least with a little humane sensibility! Do any of our elites like to be “reminded” about anything ugly concerning their parents/ancestors or ones they hold in high esteem? Does it not upset any children if they would be “reminded” that their father was once very boisterous drunkard and gambler, and the mother was slyly chased after by a number of next door neighbours? Do these children then appreciate if any opportunistic person wants to make a film on that? I don’t think the children will ever tolerate which “remind” them of “past sleaze” of their parents.

Then how could we expect the Rajputs or others to tolerate to be “reminded”, most particularly, through the big-screen, that their “mother of pride” Padmavati was once “madly lusted after” by a lecherous Khilji. How could they endure to be haunted again that their “paragon of virtue and pride” was once about to be amorously desecrated by the over sensual invader from far off land? Could we forget the film PK in which Lord Shiva was literally insulted? Can a self-righteous director Rajkumar Hirani think of making a film denigrating his father and mother in the same manner?

Yes, one’s prudence says, that our mind has been heavily “invaded” now by a whole lot of brutally lustful khiljis. And as a result of which we have only been becoming less accommodating, and more hurtful to others and human values. Even the Judiciary courts come forward in support of all such wanton Khiljis ---- Mahesh Bhatt, R. Hirani, Pooja Bhatt, Sunny Leone,.. there are countless.

Lastly, one wishes -- may the sacrificial Jauhar of brave Padmavati never fail to inspire the Rajputs and us at least to uphold the spirit of righteous courage and values and save ourselves from the evil of the modern times playboys.