What are options for Army after Sunjuwan? 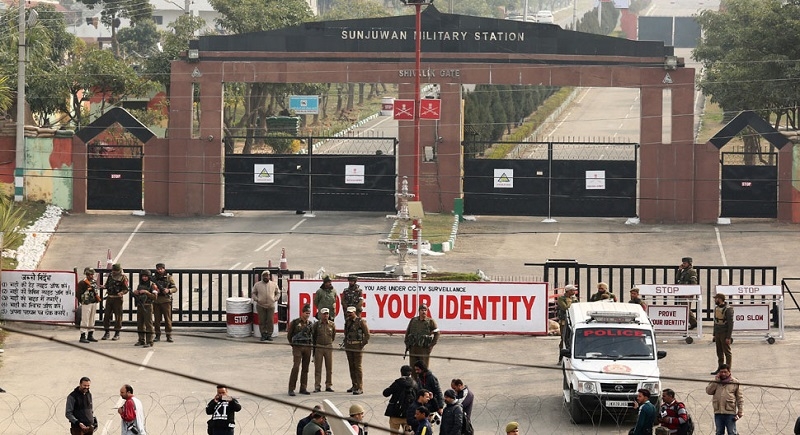 The attack by four terrorists, against the Army camp near Sunjuwan in Jammu on 10 February 2018 is a part of the ongoing Proxy War being waged with impunity by Pakistan. Every few weeks, such attacks are mounted taking a heavy toll on Security Forces. The Army Camps are close to the Line of Control (LoC) and the International Border (IB), South of the Pir Panjal, making it easier for terrorists to strike. In mid of the same month, four soldiers were martyred in a bunker on LoC by a direct hit of 120 mm mortars.

Overzealous TV Channels usually dwell on death of soldiers on the LoC and the hinterland. Due to this coverage, a high sense of expectation has been created among people for instant retribution against Pakistan Army/Proxies. Uninformed/Naïve Political Netas/Leaders always promise severe retaliation and ‘Tit for Tat’ which resulted in public declaration of one of the cross LoC Multiple Raid to be labelled as “Surgical Strike”.

What the Netas do not realize is that such reactive retaliatory operations were already being regularly conducted by Army across the LoC. Tactical gains from that modest operation that Pakistan denied altogether were much exaggerated. Now, the term ‘Surgical Strikes’ had become the epitome of solving intractable problems.

We know that the rewards from the surgical strikes were limited and short-lived. Ceasefire violations have nearly trebled since then and Security Force casualties have doubled despite the Army’s commendable “Operation All Out” and the Government’s Political initiative of appointing Dineshwar Sharma to engage the stakeholders. The Coalition Government in J&K make the complex Military Mission even more knotty for the Army because coalition antagonists and the opposition, there by facilitating Pakistan’s multi-layered subversion.

Pakistan is under immense pressure from the US though China is there to hold its hand. Keeping the LoC hot and carrying out terrorist operations in the hinterland like the one at Sanjuwan confers many advantages on Pakistan: a) It facilitates infiltration to maintain insurgency and keeps the Kashmir issue alive, b) It attracts, on an average,100 local militants to promote cause of Jihad, c) It signals to the US its difficulty in acting against Taliban on the Western Front and keeps relevant the reinstatement of United Nations Military Observer Group India Pakistan along the LoC, and d) India has not found an antidote for Pakistan’s low-cost, high-yield cross border terrorism by its strategic proxies.

A few ideas are on card; a) Enforcing the restoration of the 26 November 2003 Ceasefire Agreement, b) Ending infiltration by constructing a smart fence, c) Subduing the insurgency by reducing the current number of terrorists and d) Escalation by the use of heavy artillery and anti-tank missiles and short range missiles without vertical escalation, that risks the danger of war. The military intention in any response has to be non-escalatory.

Army Chief declared on 15 January 2018 that the Indian Army would cross the LoC and call Pakistan’s nuclear bluff. It is this limited war concept, designed by India in 2004 after “Operation Parakram” in response to attack on Parliament, further refined by the “Cold Start Doctrine” that led Pakistan into fabricating Tactical Nuclear Weapons for war. Waging Limited War against Pakistan will be difficult due to India’s inability to establish “Escalation Control Dominance”. There is NO space for Conventional Operations beyond surgical strikes in response to the proxy war.

It is extremely risky and dangerous to try and call out Pakistan’s ‘Nuclear Bluff’ because of volatile nature and fear of unpredictable reactions of their Leaders guided by Terrorists who want to control/take over these operations and incumbent Army Brass supporting these Terrorists. Based on same assumptions, even the US has had to abandon its military/intended nuclear operations against Iran and North Korea, not to forget Pakistan, to whom it has given “one last chance”. A conventional missile strike or a deep raid on terrorist camps around Muzaffarabad may attract a serious punitive response from Pakistan with danger of escalation of conflict.

Pakistan’s Nuclear Program Head, Lt Gen Khalid Kidwai, said in Islamabad during a recent Seminar in January, 18 that ‘India is preparing to use terrorist proxies to shift to sub-conventional responses by creating its own proxies’. This has inherent deniability and is the only method of creating a hurting stalemate to make Pakistan realise/rethink the value of using its Strategic Assets. When former Defence Minister Manohar Parrikar said “To catch a terrorist, you need a terrorist” and National Security Advisor, Ajit Doval, in support had said “If there is another Mumbai, there will be no Balochistan”; they exactly echoed sentiments of Lt Gen Khalid Kidwai.

Clandestine assets created by Research And Analysis Wing (RAW), were dismantled in pursuance of the ‘Gujral Doctrine’ in the mid-1990s.Thereafter,idea of using Proxies against Pakistan was mooted in 2003 but was shot down for moral reasons “We can’t behave like Pakistan” by Man Mohan Singh Govt in 2004. This idea NOW requires a rethink as it is only by the use of Covert and Deniable Capability that the Pakistan Army will be hurt and hit. Or else, we should be prepared to receive body bags as we are doing on a weekly basis. We will have to live with cross-border terrorism in Kashmir for the foreseeable future, unless we transform from being ‘Reactive to Proactive’.

Terrorists are looking for 24x7 publicity which works like oxygen for them. To get their quota of oxygen, Suicide Attack Squads form part of hybrid war strategy of Pakistan, for the purpose of Proxy War. These are used for targeting India to impose heavy casualties and cause out-of-proportion investment of deployment of troops for security of garrisons and institutions. ‘Successful’ suicide attacks provide a perception of ascendancy to the ‘Sponsors’ and leave the victims far more cautious.

Recommendations for better Security Infrastructure and Mechanism have been made to include more effective Standard Operating Procedures and Surveillance and Response Equipment. The ‘Fedayeen’ attack military camps closer to the LoC. The ‘success’ of Suicide Attackers is because of them being small in number and radically motivated to achieve their task of intrusion. They come prepared to die taking advantage of two loopholes in the Army Security System; a) All Army Camps do not have security infrastructure to meet the threat, and b) Army units remain in a state of dilemma about the quantum of troops that they need to secure their camps as against those needed for execution of the main responsibility at the border.

Army Camps in J&K remain vulnerable because the distance to the International Border is just 30 km, sufficiently short for a suicide squad to infiltrate and execute its task in a single night. The Army Camps elsewhere have roads for Civil Traffic passing right through them and have no Security Wall. This makes merging of suicide squads with the public and awaiting opportunity, much easier. A security wall with lighting was demanded in 2003 for all Military Stations to allow better protection with lesser manpower. What was approved was single layer wire fence with some make-shift lighting system. Where Security Wall exists, it is mostly perforated with holes, which are plugged by iron sheets by Army. In a Peace Station, Army units have their families in the Garrisons. Their children study in local Army schools, which too are all extremely vulnerable. All of them need security infrastructure, smart fences, lighting and night surveillance equipment besides extensive deployment to secure the institutions such as hospitals, canteen, schools and family quarters.

In 2016, Lt Gen Philip Campose Committee was set up to undertake a comprehensive study for the measures needed for the security of all Military Garrisons. Based on its findings, paltry sum of Rs 800 crore was allotted as the first tranche for the purpose of fulfilling the recommendations of the committee. However, despite financial resources being allocated, without matching procedures for suitable expenditure, they remain worthless. The Defence Works Procedure under Works of Defence Act 1903, is more cumbersome than Defence Procurement Procedure 2015, as it remains rooted in Archaic Bureaucratic Methods and Procedures which prevent any timely manifestation of the projects. Therefore, the feasibility of optimum expenditure of Rs 800 crore may be asking too much of such system. It is learnt that Rs 1,400 crore has now been earmarked for the improvement of overall Defence Security Infrastructure. This will probably meet the same fate as the first tranche.

Few facts need to be understood; a) There is a threat of Suicide Squads from Pakistan; it is not going to disappear and it is not limited to Jammu and Kashmir. Institutions such as Indian Military Academy, Army Public Schools deep in the hinterland, IAF bases, high-profile equipment intensive formations, if targeted, will provide much satisfaction to Pakistan and its squads; b) there is no actual declaration of war though we are subjected to a ‘Hybrid War Situation’. In such a scenario, the Indian Bureaucratic System needs to rise above the ordinary and transform itself to make procedures allowing the manifestation of suitable infrastructure for the security of our VAs and VPs and c) A determined Suicide Squad can penetrate almost anywhere, but to reduce the chances of its intrusion and impose damage control in the event of successful intrusion, we need a transformative approach to the entire gamut of security of VAs and VPs. Therefore, a work culture towards achieving this is mandatory.

The events like Sanjuwan will generate heat for a finite time, and then pushed to statistics, till the next ones happen at different areas. Pakistan Army allows a short hiatus, before orchestrating the next attack. To obviate that, Immediate response must be to ESCALATE to DE-ESCALATE, with clear signal, that the next event would upscale the same, and that the other side must desist from further escalation. Next level of military targeting must be against known military bases/ depth military and civil areas of the adversary utilizing focused precision, long range indirect fire, and the like, in a concerted manner. Every time, the response must be different, confusing, unconventional and perplexing. As a strategy it should be outside the experience of Pakistan Army on the Line of Control.