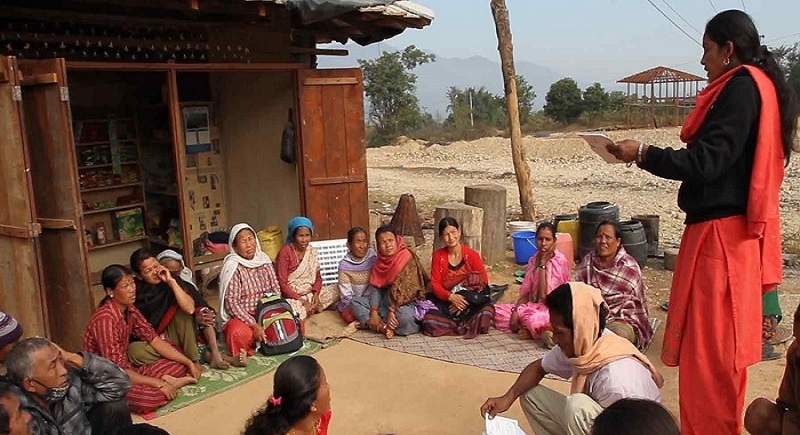 To call women the weaker sex is a libel; it is man's injustice to woman. If by strength is meant moral power, then woman is immeasurably man's superior -Mahatma Gandhi

The much publicized ‘Thompson Reuter Report on women, published by the philanthropic arm of the Reuters Media Company – Thompson Reuters Foundation – smacks of an well hatched out conspiracy to defame India, her people and most importantly the Narendra Modi government. And there is no doubt about their motive.

The report, as expected has given a new handle to the anti-Modi gang led by ‘Shahjada Rahul’ and his coterie of left and liberals to unleash attack against the Modi government. This report, published globally in all the leading media journals and television channels has also hurt and insulted the Indian people beyond repairs.

The report on Tuesday said “India is the most dangerous place because of its high incidences of sexual violence, lack of access to justice in rape cases, child marriage, female feticide and human trafficking”. The report also said that India outranked countries like Syria and Afghanistan that are currently at war in this regard.

However, the survey conducted by this “global philanthropic foundation” was based on the opinions of the 548 ‘experts’ on women’s issues! That is too miniscule representation of the 131 crore people living in this great country and therefore, needs to be out rightly rejected – lock, stock and barrel. The Chairperson of India Women’s Commission has done the most right thing in rejecting this obnoxious and ill-intentioned report. She deserves to be complimented.

Who are those 548 experts that the foundation has not made public. How it is expecting then that the people will believe in its observations and confirm its findings. The fact that only 43 ‘experts’ from India were interviewed amongst these 548 worldwide and the foundation wants us to believe that India is ‘most dangerous for women’.

And still, the Thompson Reuters wants us and the world to believe that India is the ‘most dangerous place for women’.

Hence, it is clear that the Thompson Reuters survey is a fraud, a conspiracy hatched by this ‘philanthropic foundation’ in conformation with some left and liberal ‘experts’ with an avowed aim to defame, malign and castigate the Narendra Modi government in eyes of the global community.

In fact, Thompson Reuters foundation has not conducted any survey, they only talked some ‘experts’ working in the field of women’s rights. And it is beyond doubt that they must have talked to some leftist or church organized NGOs. And why should they say that women are most secured and safe in Modiraj? This government has made the FCRA more stringent for them starving them financially. So raising the issue of women’s safety in India would open for them new avenues for receiving foreign funds, these ‘experts’ must have thought.

Actually, in the past some years the legal provisions to women’s safety have been made more stringent by the government. The offences like staring at them, following them or touching them with ill intention are made cognizable offences and for the rapists the punishment is also made more rigorous with ten year imprisonment and / or life term to the maximum. In case of child molestation the provision is there for capital punishment, which is the ultimate. After this there is nothing for the government to do. The most important question is even after this why Thompson Reuters perception be accepted as gospel truth?

India has always respected women since time immemorial. Even today, the respect she deserves is visible in the rural and remote backward areas inhabited by tribal communities. But they face, unfortunately though, the danger they face is invariably in the urban localities. What is that that makes women safer in rural and tribal areas and more unsafe in the urban segments?

According to R L Francis, the reason lies in the new urban culture that we are trying to develop in India. In this urban culture we try to make every woman understand that each male is a suspected sex criminal and that she should not believe in any man. In such a scenario, it is but natural that an uncomfortable distance is developed between any man and woman that ultimately gives rise to a sort of enmity, says Francis.

This is thus a psychological and social problem and therefore, the urban areas in India than the rural and tribal areas. These are social complications that need to be analysed and understood in proper perspective. We need to make women confident at social level so that they can face the situation courageously and deal with it fearlessly. More fearless and confident the women are less will be incidents of rape and molestation. But in our country all, the media, administration, NGOs are busy targeting women and making them feel insecure. The incidence of sexual offences will definitely increase in such an atmosphere instead of declining.

The Thompson Reuters Foundation has made a deliberate attempt to malign India’s image in the world by publishing this fabricated report on women’s safety. The entire world knows the condition of women in war torn Syria or Afghanistan or Pakistan or for that matter any Muslim country. The figures of crimes against women in most developed countries like the UK and USA and Sweden. These countries are ranked below India raising the doubts about the veracity and intentions of this ‘philanthropic foundation’.

The Narendra Modi government since the day one has launched special schemes and measures to uplift women, to empower them and to educate them so that they can shoulder the responsibilities in life. ‘Beti Bachao- Beti Padhao’ is one such program that has received greater admiration and invoked greater response from the people of the country. Today, most important posts like Speaker of the Lok Sabha, Defence Minister, and External Affairs Minister are confidently handled by the women of calibre and talent.

Against this background, this report of the Thompson Reuter Foundation deserved to be thrown into the dustbin and rejected totally exposing the conspiracy of such ‘philanthropists, left, liberals and seculars against India and Indian people.