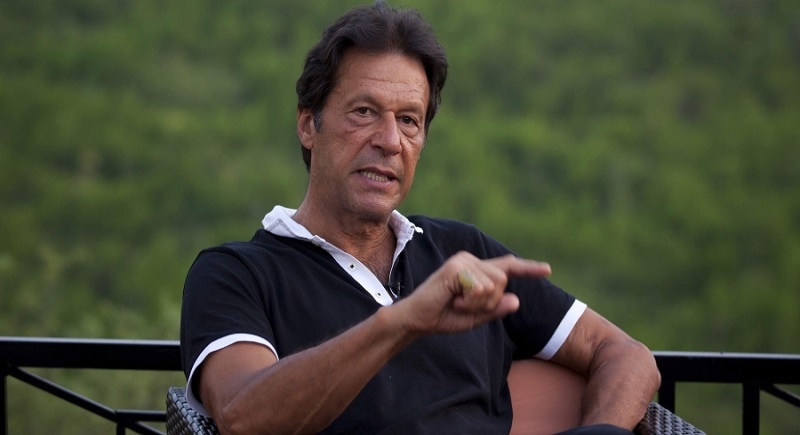 Those political pundits, who are nursing some hopes of improvement in relations between Bharat and its neighbour Pakistan after cricketer-turned-politician Imran Khan swears-in as Prime Minister of that country, will be disappointed because the Pakistani Army will never allow him or any other head of state in future also to mend fences with Bharat.

Those who had keenly observed the events of past couple of years in Pakistan, will agree that the all-powerful army of that country did not spare any effort in vilifying the erstwhile premier Nawaz Sharif; even the judiciary was taken on board by the Generals sitting in Rawalpindi.

The tirade against Nawaz was guided by two objectives; he was increasingly being perceived as somebody who was in favour of having cordial relations with Bharat. Obviously, it did not suit the Generals who will never allow the relations between the two neighbours to normalise. Secondly, they wanted to prepare the ground for emergence of Imran Khan, who always was their protégé, as contender for the post of Prime Minister.

It is not in the context to comment upon the righteousness of Nawaz Sharif or the veracity of Panama papers on basis of which he and his daughter Mariam Nawaz were put on trial in the Supreme Court of Pakistan; he could be or could not be guilty of impropriety. The fact which raises the eyebrows of the political observers the world over is the manner in which trial was conducted and an open display of antagonism towards Nawaz by the army bosses.

The day Nawaz Sharif gave a statement that the establishment of his country was supporting terrorists like Hafiz Syed, it became apparent that he had opened frontier against the army and was willing to take on the might of the Generals and I.S.I together. Though himself once the protégé of Military dictator Zia-ul-Haq, Nawaz over the years had started believing that perennial animosity towards Bharat was weakening his country and would bring it to the brink of disaster. However the military establishment, which believes in keeping the pot of hate towards us boiling for ever, obviously, does not subscribe to this theory of Nawaz.

Now, the blue-eyed boy of the army, Imran Khan is at the helm of affairs in the eyes of the world community, though, GHQ Rawalpindi will be calling the shots. What one can expect from the civilian-army dispensation as far as relations with Bharat of that country are concerned?

Actually speaking, problem between the two countries is not totally political in nature and unlike the differences between some other nations of the world who are neighbours and are at loggerheads with each other, psychological factors are weighing heavily on Bharat-Pak relations. Whenever, efforts have been made by certain politicians and media persons on this side of border to remind Pakistanis that both the countries are sharing common culture, voices contrary to this fact start emerging from cross section of the Pak society.

The text books in Pakistan teach that the history of that country starts with Mohammed bin Kasim (who attacked the Sindh province in the year 712 AD). They do not take pride in oldest civilisation of the world, Indus Valley, whose remnants still exist in a place called Mohen-jo-daro in that country. Neither they are proud of their ancestors like Chandragupta, Ashoka, Patanjali or Panini. They have kept the names of their missiles after invaders like Abdali, Ghazanvi and Ghauri.

The Pakistanis profess that their culture is completely different than that of Bharat and have been trying to prove a point that it is superior to value systems Bharatiyas are adhering to.

The two nation theory on basis of which Pakistan was formed, though proven defunct with the formation of Bangladesh, still dominates the discourse in that country. It has lost four wars, which it fought against Bharat, but it still harbours the wrong notion that it can snatch away Kashmir by use of proxy war.

The delusions about Bharat, which colour the thought process in Pakistan, are the biggest obstacles in normalisation of relations between the two neighbours. In this regard, it will be very apt to cite one incident. General Ayub Khan, who had captured power through a coup in the year 1958, planned “Operation Gibraltar” to capture Jammu & Kashmir in the year 1965. According to the Pakistani stand, any covert or overt military intervention by it across the LOC remains legitimate because Kashmir is a “Disputed” territory. Based on that presumption, after sending infiltrators in the Kashmir Valley, Ayub Khan launched full-fledged armed attack in Akhnoor sector in Jammu area.

He thought that by deploying full division of Pak army he will be able to cut the national highway and the state of Jammu & Kashmir will fall into his lap like a ripe fruit. But the Bharatiya response was overwhelming and the PM Lal Bahadur Shastri responded by asking the armed forces to attack the Lahore and Sialkot sectors across the international border.

General Ayub Khan called the meeting of his corps commanders; his short speech reflects the mind-set of the Pak army towards Bharat. He said, “I never expected that a Hindu will show audacity of opening the international border and attack our territory in retaliation”.

The same syndrome, unfortunately, afflicts the minds of the armed forces in that country even now and they do not want to jettison the idea that they can capture J & K by using force.

The saner voices in Pakistan keep on making analysis of comparative growth of both the countries since they got independence from the British. They rightly hypothesise that India has become the largest democracy and the fifth largest economy of the world which shortly is going to become third largest and lament about frequent army coups which have seldom allowed democratically elected governments in their country to complete their respective terms.

Unfortunately, newly elected PM Imran khan has not sent any signals of his willingness to improve relations with Bharat. During a courtesy meeting with Bharatiya High Commissioner in Islamabad, he raised Kashmir bogey and did not comment on dismantling machinery of terrorism which remains directed towards Bharat and Afghanistan.

It is highly important that those who are nursing hopes of change in Pakistani policy toward Bharat should see the ground reality and refrain from making euphoric statements. Terrorists like Hafiz Syed and Masood Azhar are roaming free and are training hordes to push them across the border and create mayhem on the Bharatiya land; new PM elect Imran Khan has been known supporter of such elements. With support of army and notorious ISI, the new civilian dispensation cannot be trusted to make amends to the existing hostile policy towards Bharat.

Those, who have followed Imran’s cricket career and political journey which he started way back in the year 1992, know that he wants to establish friendly relations with Bharat on his terms. Needless to say that his terms include continuation of the Pak policy of breaking away integral part of Bharat, the state of Jammu & Kashmir by nefarious means like providing the so called diplomatic, political and moral support to the terrorist outfits.

Therefore, our government should set the agenda of bilateral talks, if at all they are going to happen, that Pakistani establishment should dismantle its apparatus of terrorism; punishment to the terrorists like Hafiz Syed, Zaki-ur-Rehman Lakhvi and Masood Azhar will be considered as perfect CBMs (Confidence Building Measures).