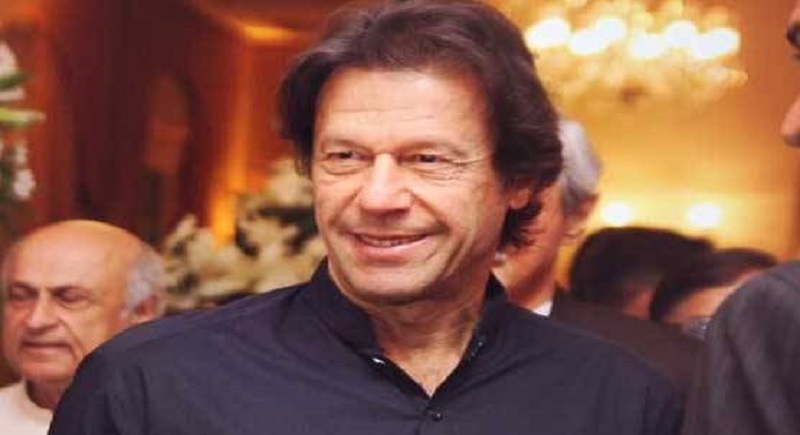 There is no place for ‘Doves’ in such a ‘hawkish’ global environment and there is hardly any scope for weak-kneed nations and leaders to steer the nation through various turbulences and rough weather. Given the developments in India’s neighbourhood and elsewhere in the world, sooner the Indian leadership realize it the better for India’s progress, development and above all for the future generations.

The case in point here is the peace offer from Pakistan. With cricketer-turned-politician Imran Khan taking over as Prime Minister of India’s cantankerous neighbour sending peace requests to India, and the responses to it would explain this easily. Earlier attempts have endorsed the fact that chasing peace with Pakistan is worse than chasing the mirage. So, the government of India should not indulge in peace and also with do not get engaged with such peaceniks.

There is no place for “Doves” in such a ‘hawkish’ global environment. So also, there is no place for weak-kneed nations and leaders to steer modern India on an even keel. Earlier the Prime Minister realizes it the better it is for the India’s future. So also, Ajit Doyal, the current NSA, must realize it and tender pragmatic advice on national security issues. “Terror and Talks” cannot go together is quite apt even now.

Fed up with weak-kneed and vacillating UPA leadership, Indian electorate gave a decisive verdict in favour of strong and assertive leadership. The RSS too must realize that all those talking about peace with Pakistan and pseudo secularism are enemies of Hinduism and Hindus.

By origin, Islam’s dual face is represented by peace and war, or “Book in one hand and Sword in another hand”. Deep inside their hearts, they nurture the dream of “Establishing the “Global Islamic Caliphate”. Islam sanctifies violence to achieve its end. The “Andalusia Syndrome” haunts them even today.

How has RSS turned a blind eye to the marauding Muslim hordes carrying out gory depredations by Ghori, Ghazni, Aurangazeb, and Nadir Shah Etc. Qutub Minar is the standing monument of Muslim invaders greed, besides the flight of ‘Kohinoor” diamond. Of recent in origin are the ‘Afghan’ raider’s forays into Kashmir in 1947-48 and the forced fourth migration of Kashmir Pundits from the valley in 1989. Wake up genuine “Hindus, Sikhs, Jains and Buddhists” or perish!

The book on “The Revenge of Geography” – fascinating blend of geography and history - by Robert Kaplan, strategic emeritus, and experts comments include: “Geography is destiny. This is well known. History too is destiny….. Book describes well how many old fault lines will once again re-emerge.”

Geography shaped history of South Asia in the past. And, history offer many lessons to mankind. Those leaders and nations who fail to learn from them are doomed to disaster.

For Prime Minister Narendra Modi and BJP National President Amit Shah, the destruction and plundering of Somnath Temple by Muslim invaders and Portuguese must serve as grim remainders of historic past and what may follow in posterity due to weak-kneed leadership. Any attempt to forge peace with Pakistan would only enable Pakistan to emerge economically stronger at India’s cost and a threat in making.

Al Qaeda, ISIS and the Pakistan Taliban may have been weakened; but high natural growth rates of Muslim population, unemployment and communal tensions prevailing particularly in modern India are excellent breeding grounds for their resurgence.

From the ‘Crusades” in bygone days in the Middle East, the battle lines of “Crusades” in the “Technology Age” have shifted on to “Global Plane”. Quite aptly, the ongoing global terrorism needs to be viewed differently – “Technology Age Crusades”.

Majority believed that Modi, as a diehard RSS Pracharak and BJP Karyakartha would demonstrate courage and strong will in his dealings with Pakistan and Islamist radicals threatening India’s national security interests. Instead, he seems to be treading the dangerous path of peace.

Modi’s predilection, pusillanimous and condescending cordiality towards hard liners of Pakistan, who believe in Kashmir as core issue, is, therefore, most repulsive for true nationalists and patriots. Likes of Sidhu, Mani Shankar Ayer, and Sudeendhra Kulkarni among many others may like to go to wine and dine in Pakistan with blood flowing on the Line of Control (LoC) and in the Kashmir Valley.

More importantly, with drugs flowing clandestinely into Punjab, Delhi and hinterland states to plunge the youth into perpetual addicts and good for nothing fellows, Pakistan would achieve their strategic ends through devious and surreptitious economic means.

Yet, more significantly, providing free accesses for resurgence of pro-Khalistani elements to ravage Punjab in the aftermath of Sant Bhindernwale’s rise and ultimate fall, whose rise was engineered by Zail Singh, Congress Party, to reclaim power from the Akali Dal.

Modi must always remember that “Eternal vigilance is the price of the liberty” is truly relevant for India. Modi must be a realist; but not idealist for the sake of “Noble Peace Prize”.

None can deny that mankind craves for peace - essential to progress, prosperity and brotherhood. Throughout mankind’s history, enduring peace remained a strategic mirage or utopia. It is commonly viewed that “Peace” is the cry of the weak and “war” is the act of the strong. Yet, “give peace a chance” is a catchy slogan of the “Doves”.

Admittedly, even the most ‘Civilized Man’ cannot overcome the jungle law: “Survival of the fittest” or “Might is Right” or “Power grows from the barrel of the gun”.

“Hawks” too must accept that the end purpose of war is also peace. Winning wars is predictable – victory or defeat or stalemate. The lesson of mankind’s history is also simple. Even wars too failed to produce enduring and sustainable peace. Such is the fluid and alternating state between peace and wars/violence.

The Prime Minister must recognize the fundamental divergence between both nations: diametrically opposite values and ideologies. Pakistan is an avowed Islamic State; and India is a secular state, more aptly, a pseudo secular state. Scope for convergence is utopia. They are bound to remain in a perpetual state of conflict.

Show of change of heart is a strategic trap. After all, dramatic change of heart and mind is not easy. 71 years peace-making efforts, Ceasefire Agreement in July 1949 after 1947-48 war, two peace treaties (Tashkent Agreement 1966 after 1965 War and Shimla Agreement 1972 after 1971 War), Lahore Declaration 1999, the Agra summit 2001, the 2003 ceasefire agreement and confidence building measures like the Delhi–Lahore Bus service, Samjautha Express, Bus services between J & K and POK, Visa facilitation, Modi’s visit to Lahore etc., have produced tenuous peace at best only.

Most important, the radical Islamist radical forces will not rest - 1000-year jihad will continue. With the USA downsizing and withdrawing from the Middle East, there is bound to be resurgence of transnational Islamist terrorism.

Besides Hafiz Saeed, sworn enemy No.1 of India, the call of Sayeed Salahauddin, the Head of the Hizbul Mujahedeen, chairman of the United Jihad Council, a Pakistan-based amalgam of over a dozen terror groups, to the Taliban and the TTP, but also Al Qaida holds dangerous portends.

Harmonization of cultures is not easy with many radicals among them claiming superior status to their own faiths in South Asia. Unless cultural imperialism claimed by few is replaced by cultural democracy, hope for forging brotherhood may remain an illusion in South Asia and impossibility. For example, the complete flight of Hindus and the plight of Shia are in Pakistan.

After all, for those bred on “Jihad”, ‘war is employment’; ‘peace creates unemployment’. None should therefore expect them to revert to their native lands. Instead they would carry on their ‘jihad’ whichever situation affords opportunity for them. Kashmir certainly will be an attractive option for them.

Having bred successive generations of society on a rich diet of “Hate and Distrust” mode over the past 71 years and also under the influence of Islamist radicals, to expect Imran Khan or General Bajwa to change people’s mind set dramatically to the other extreme of the spectrum is a ‘Himalayan’ challenge.

Most important, psychological reconditioning of people and societies at all levels in a ‘live-and-let live atmosphere’ is a mirage or utopia. Psychological reconditioning or dynamic changes in thinking and attitudes – the way they think and act - of political leaders, bureaucrats, judiciary, media, administrative machinery, police forces, other security forces and armed forces - is critical if one wants to promote and consolidate peace. Across both sides of the border, it is not simple to manage such a dynamic change.

Earlier Modi realizes that “Gujarat” model of dealing with the Muslims is totally different from dealing with the “Punjabi Muslim or Pathan”, the better it is. None can blame either the “Punjabi Muslim or Pathan” for their highly ego-centric or martial class disposition since their psyche historically has been shaped by the course or curse of history. After all, geographically they were caught in the churning crucible of wars and violence what with the Khyber and Bolan passes serving as entry points for all invaders.

At best, Modi should do is to keep the “doors of peace” open; but deal with cautious sagacity. Modi should not be a ‘dreamer’ like Nehru or Vajpayee; but a Bismarck or Xi Jinping.

Wait Prime Minister Modi! No need to be in a hurry to replicate either Mahatma Gandhi or Asoka or Mandela etc., as apostles of peace. Modi must understand that peace is a bold but calculated risk, a brave and noble choice. No need for Modi to rush headlong into it which may bring self-inflicted nemesis not only for himself but for the RSS, VHP and members of the Sangh Parivar.

Time for peace is not yet ripe. So, like Xi Jinping, Modi too must exploit the period of “strategic opportunity” available in the next decade or more to achieve superior power status and seek for peace at a more opportune time with Pakistan.

And, it is not now; better later after a decade or so. For seizing opportunities at an appropriate time is the hallmark of all great statesmen. Meanwhile, be like Israel – blow and hot cold whenever the situation warrants or demands it. Dialogue for peace should always be from a position of strength; but not meekness or weakness.

In sum, stop chasing shadows of peace with Pakistan, more so, the bunch of idealistic peaceniks at the cost or decimation of few surviving ancient religions of India.