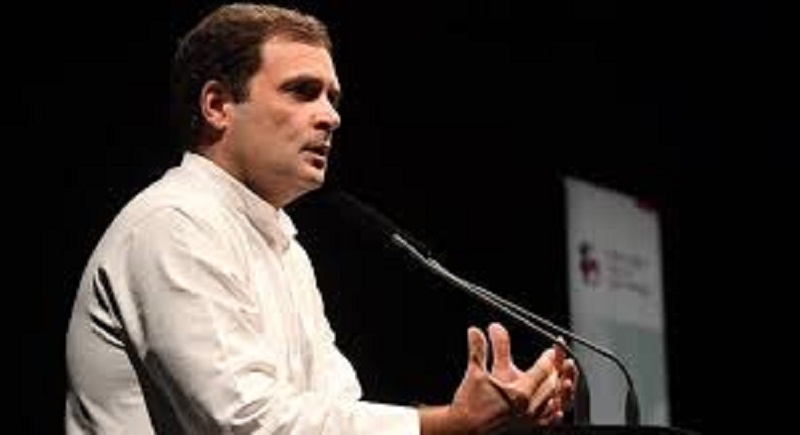 Sometimes we feel too confused that what makes a leader speak so badly about the country. Still more confusing is that the same leader is projected as the only fittest in the country to be the Prime Minister.

This time from foreign soil, Germany, Rahul Gandhi has spoken out his mind. With gay abandon he claimed the lack of employment is the cause behind the rise of ISIS. If we analyse such statement objectively, we see that the unprecedented danger is looming large around this country not because of the citizens but because of such irresponsible leaders.

Is it not too shocking that we tolerate a bunch of leaders all through who with impunity, tramples upon prudence and embrace the fickleness by speaking with such rashness? The ridiculous ranting is what Rahul Gandhi is good at. How many immature gaffes he committed in last one year?. One finds it too sickening to see people defending what Rahul blurts out? Again, to his party’s sycophants, each word spoken by him is worth its weight in gold.

Could any conscious people come across the board to evaluate what will be the likely repercussion when the projected leader goes to the extent to connect the unemployment of youth with ISIS? What do you say -- if a certain father harps on that his children will be dagger-wielding murderers if they will not get jobs? What message does it send out? Will such ideas not “viciously affect” the thought process of the children in future? One wonders how the constitution allows the leaders to speak out such dangerous language. Will it not encourage the treasonous activities within the country leading to the decline of the security and sovereignty of the nation?

Despite the height of stupidity, Rahul Gandhi is capable to earn more admirers then critics. Is it a pointer to the fact that one man’s loss of sense should lead to the “loss of sense” of other intellectuals? Or do we love an “individual” from a particular family more than our own “country”? On what ground is an “individual” more respect-worthy than the “party”, country and its constitutional ethos? This is in fact a very ominous trend which this country is witnessing now.

True, our Indian polity needs a strong opposition. People do not disagree at all that Congress should not be the one. Yes, this party alone can match well with the rival BJP. But sadly, the party is failing when Rahul started to become more vocal. The party with so smaller number of MPs has not yet “acknowledged” that its rapid decline now is because it continues to sing a hymn to one family only. The conscious Congress party leaders should come down to the ground and critically assess the people’s opinions and their concerns. They all have been intensely disillusioned by the dynasty politics.

Enough is enough. People now anxiously await the REVIVAL of Congress with vibrant faces who genuinely love the country. We have seen enough of the anti-nation activities incited by the Gandhi family. It’s totally wrong to be the puppets of a wrong family and spell doom for this great nation. PM Modi rightly says that service to the country is far more important than the service to the family.