Chandrayaan 2 back with its charm! ISRO shares first illuminated images and data from orbiter's infrared instruments

Bengaluru, October 18: Charm of Chandrayaan 2 is back as the Indian Space Research Organisation (ISRO) has published the first image of the illuminated lunar surface. Captured by the Imaging Infrared Spectrometer (IIRS) payload, ISRO said that it has started spectroscopic studies on the surface of the Moon. 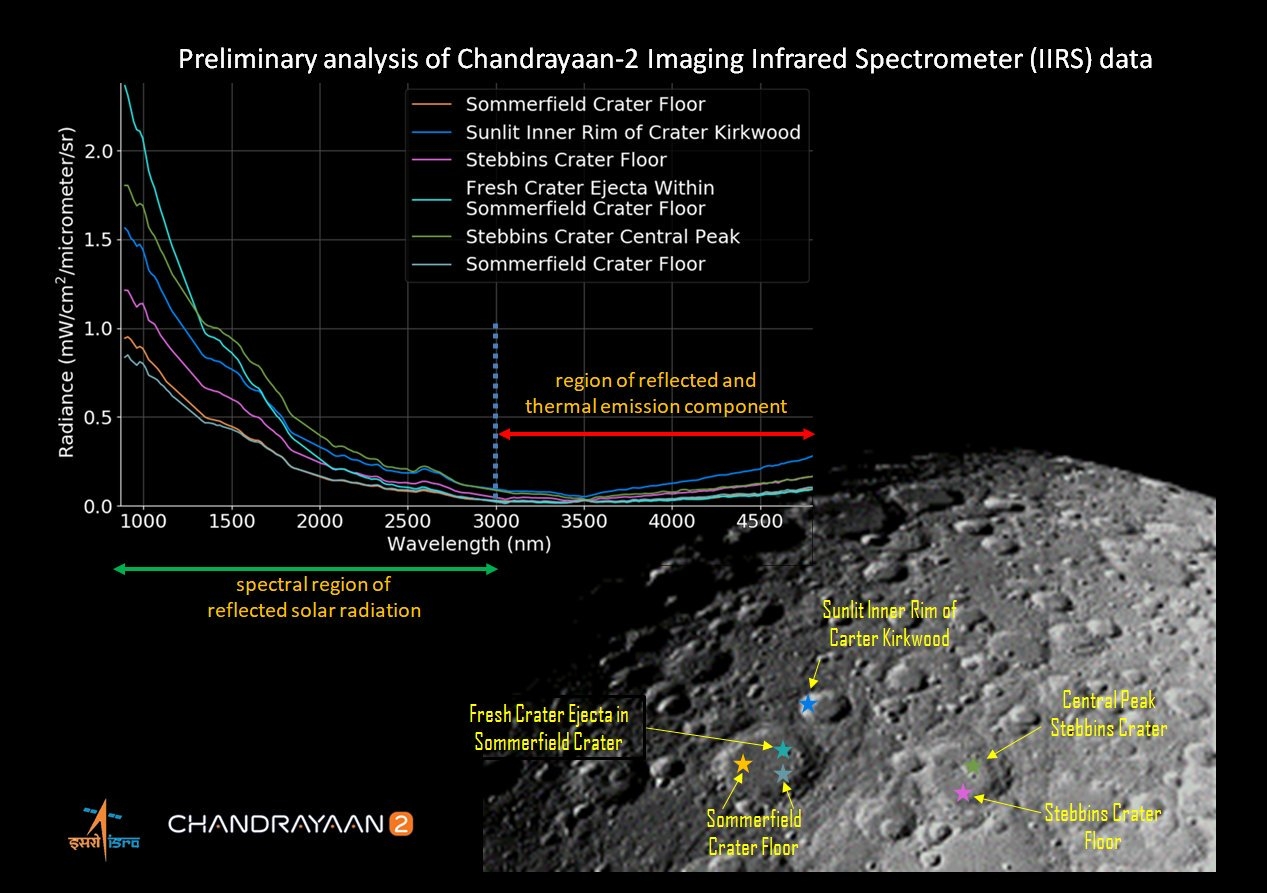 Imaging Infrared Spectrometer (IIRS) on-board Chandrayaan-2 is designed to measure the reflected sunlight and emitted part of Moonlight from the lunar surface in narrow and contiguous spectral channels (bands) ranging from ~800 – 5000 nanometer (0.8-5.0 micrometer (µm)). It uses a grating to split and disperse the reflected sunlight (and emitted component) into different spectral bands. The major objective of IIRS is to understand the origin and evolution of the Moon in a geologic context by mapping the lunar surface mineral and volatile composition using signatures in the reflected solar spectrum.

The first illuminated image of the lunar surface was acquired by IIRS. The image covers part of the lunar farside in the northern hemisphere. Few prominent craters are seen in the image (Sommerfield, Stebbins, and Kirkwood).

The variations in the spectral radiance are primarily due to the mineralogical/compositional variations that exist in the lunar surface and also due to the effect of space weathering. A more detailed analysis that follows is expected to yield important results on the heterogeneity of lunar surface composition.