A mandate with caution 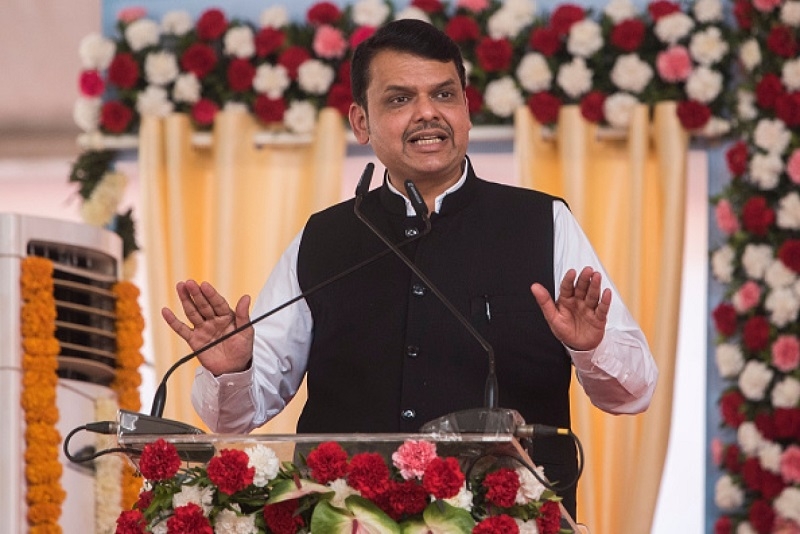 The election results speak for themselves. The voters have reposed their faith in BJP-SS alliance in Maharashtra albeit not without a stern warning. And the warning is clear and loud. The government must address the issues of the citizens rather than go boasting with their achievements at the national and global level. The most pertinent question is: Will the ruling dispensation listen to this warning and mend ways or simply ignore it and tread the beaten path? The next five years will tell.

Maharashtra happens to be the most important of states because of Mumbai the financial and economic capital of India. Barring the exception of SS-BJP alliance rule in 1995-99, the state was constantly under the Congress rule and the decade prior to 2014 saw the combine rule of Congress-NCP in the state.

The BJP riding on the victory wave of 2014 Lok Sabha elections fought the elections sans alliance with Shiv Sena and out of the 270-odd seats won 122 on its own strength. The Shiv Sena too fighting independently could muster 60 plus seats. Both of them came together after the polls and ruled the state for full five year term with BJP’s Devendra Fadnavis being the only Chief Minister to have completed the five year term after V P Naik.

In 2019, the BJP-SS crafted an alliance on terms better ‘known’ to top brass of their respective parties leaving a free for all field of speculation to media and political observers and self-styled analysts. The vote share of both the parties has come down considerably resulting in reduced number of seats in the Assembly. The BJP contested 164 seats and won 105 while the Shiv Sena contested 124 seats and registered victory on 56. The BJP suffered a downfall of 17 seats from the 2014 tally and its vote share too shrunk by 5.5%. The party had surged ahead in 140 assembly segments during the 2019 Lok Sabha elections but could manage to add 105 seats to its kitty in Assembly polls. 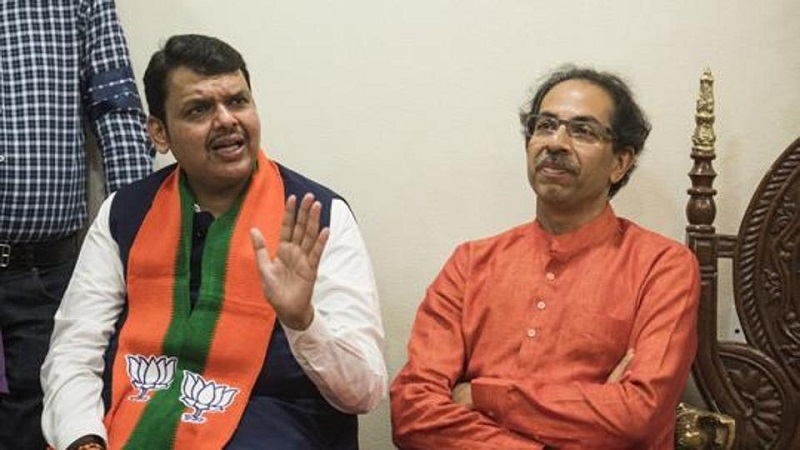 Same is the case with Shiv Sena. The party contested 124 seats; won 56 with its vote share dipping to 16.5% (less by 3.3%). It had registered majority in 110 assembly constituencies in 2019 Lok Sabha elections but could manage to get upto just half way mark in the Assembly elections.

The BJP had swept the traditional Congress bastion of Vidarbha in 2014 with 44 seats out of 62 but in 2019 it suffered a maximum damage of 16 seats in this region out of the total loss of 25 seats. It marginally gained in Marathwada but again suffered a setback in Western Maharashtra. Mumbai voted for BJP-SS combine.

A total of 34 ministers of Fadnavis cabinet were in the fray and 8 out of them including the most powerful and ambitious State Rural Development Minister Pankaja Munde, daughter of the late Gopinath Munde, had to bite the dust. She was defeated by her cousin Dhananjay Munde who contested as a NCP candidate from Parli. Another cabinet minister Ram Shinde was defeated by NCP supremo Sharad Pawar’s grandnephew Rohit Pawar who made a debut entry in the Vidhan Sabha from Karjat-Jamkhed seat.

What are the major factors that influenced the outcome of these elections in spite of good work done by the BJP-SS government in the last five years? The leaders of both the parties exuded confidence that they would win 200 plus seats in Maharashtra and 70 plus in 90-seat Assembly of Haryana. The Congress has almost written off contesting and they just went to the hustings with a defeatist mentality. The NCP and its Supremo Sharad Pawar was the only visible leader other than Chief Minister Devendra Fadnavis and other ‘State Campaigners’ of the BJP who had accepted this challenge. All other parties were nowhere in the picture and the results endorsed this observation also. But the voters did not go for lopsided voting as expected. 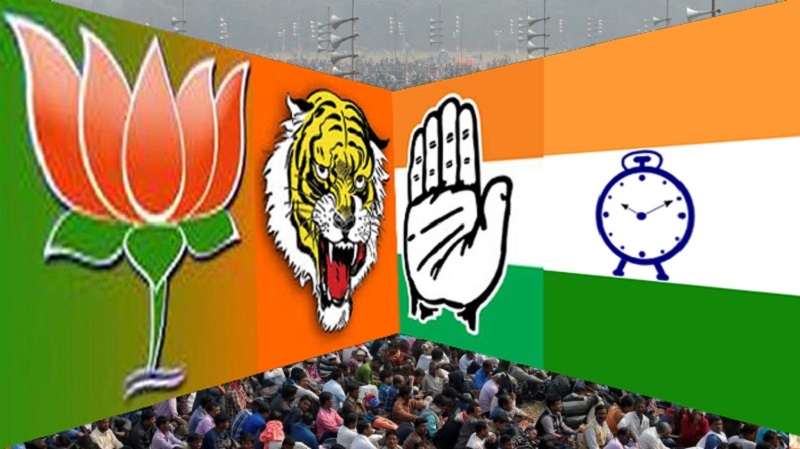 Development notwithstanding the major drawback of this government was its lackadaisical approach in addressing the important issues of the people. Be it drought or flash floods or heavy rains or providing potable water and roads without potholes. These are very common issues, but they certainly deal with the satisfaction index of the people and unfortunately the government’s performance on these issues was not as expected by the voters.

Unemployment, farmers’ loan waiver, providing irrigation facilities, optimum price for agriculture produce, marketing facilities for farmers and encouragement to industries are some of the major areas that needed immediate attention where the government seems to have faltered. Major industrial projects like MIHAN are still waiting for the entrepreneurs to come and set up units and also provide jobs to local youth.

There was a simmering anger against the policy of reservation. The ‘Save Merit-Save Nation’ movement launched by the upper caste strata was not addressed properly. This has resulted in increasing the percentage of NOTA voters which might have cost dearly to the BJP. To cite some examples, in Latur (Rural) assembly constituency the 27500 voters chose the NOTA option, highest in the State Assembly polls. This was the second highest number of votes polled from where former chief minister Vilasrao Deshmukh’s son Dhiraj won as a Congress candidate defeating Shiv Sena’s Sachin Deshmukh who polled 13524 votes!

Another constituency of Palus-Kadegaon saw higher turnout of NOTA votes – 20631 i.e. 9.9 % of the total electorate. In Mumbai’s Jogeshwari East constituency 12031 voters opted for NOTA. This increasing trend of going for NOTA may prove to be dangerous for healthy democracy in future and the government must take cognizance of this phenomenon and take corrective measures. 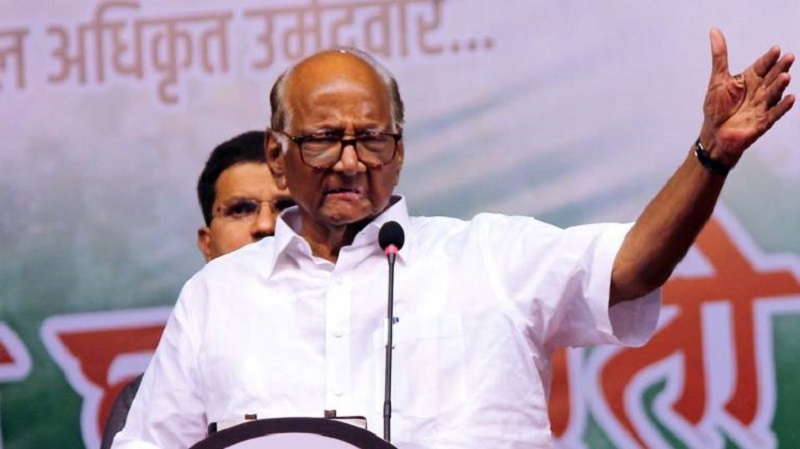 Another remarkable feature of this election is resurgence of NCP. The party which was on the brink of political hara-kiri has risen like a phoenix from the ashes. Most stalwarts of the party had defected to BJP and SS before the elections. Even party’s Satara MP Udayanraje Bhosle, defected to BJP and was welcomed and hailed by none other than Prime Minister Narendra Modi. However this did not dampen the spirit of the ‘Maratha’ Satrap Sharad Pawar. The credit of reviving the party goes undoubtedly to him. At this old age, braving the vagaries of weather and hunted by defections, rebellion in his family and fast eroding base of the party, and corruption charges against very senior leaders of the party, Sharad Pawar stood like a solid rock and not only stopped the downslide of the party but also instilled a new confidence in the party workers. The NCP winning 54 seats, 13 more than its 2014 tally, is most creditable to his leadership. He can be described as the real hero of this election.

The Congress party managed to get 44 seats just two more as compared to 2014 tally. Former chief ministers Prithviraj Chavhan and Ashok Chavhan are among the stalwarts who won besides Balasaheb Thorat. Had the party entered into an alliance with NCP and concentrated on systematic campaigning the combine could have created a difficult situation for the BJP-SS combine.

All said and done, the results indicate only one thing. The message of this result is loud and clear: Don’t take the voters for granted. They are the better judge of the leaders. Address the problems of the people sincerely and honestly avoiding the vulgar show of pomp and pelf. Local issues certainly take a front seat in Assembly polls than national issues like abrogation of Article 370 or demolishing terror launch pads inside Pakistan. The ‘star campaigners’ of the parties must take a note of this.

The people have given their mandate in favour of the BJP-Shiv Sena combine. But soon after the results were out, the Shiv Sena seems to have resorted to arm twisting tactics to pressurize the BJP in order to extract as much benefit as they can. This is a wrong approach and the voters will definitely not tolerate such attitude. They have reposed their faith in this combine with a hope that they will improve their condition, create job opportunities and end farmers’ woes. The BJP-SS combine must read the writing on the wall and better concentrate on performance than indulging in arm twisting. That makes it a mandate with caution.